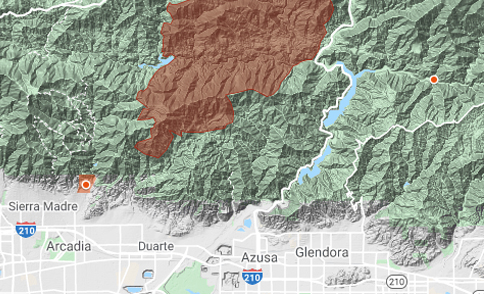 Evacuations have been ordered in part of the city of Arcadia because of the Bobcat Fire.

Sunday’s order affects residents north of Elkins Avenue and east of Santa Anita Avenue in the foothills city east of Pasadena. It will remain in effect at least until Monday morning, the city said.

A warning is in effect for Arcadia residents east of Santa Anita Avenue and north of Foothill Boulevard. The evacuation center is at Santa Anita Racetrack.

An evacuation order was also issued Friday for Camp Williams, on the San Gabriel River 4 miles east of Highway 39.

The fire, which started on Sept. 6, is at 31,991 acres (50 square miles) with 6% containment. Its north edge has reached the Angeles Crest Highway (Highway 2) near Cedar Springs.