He is a member of the jury at the 77th Venice Film Festival.

And Matt Dillon was seen stepping out for another day at the event in the Italian city, as he put safety first by wearing a mask during a stroll on Saturday.

The actor, 56, looked dapper in a dark blue blazer that he shrugged on over a light blue v-neck t-shirt. 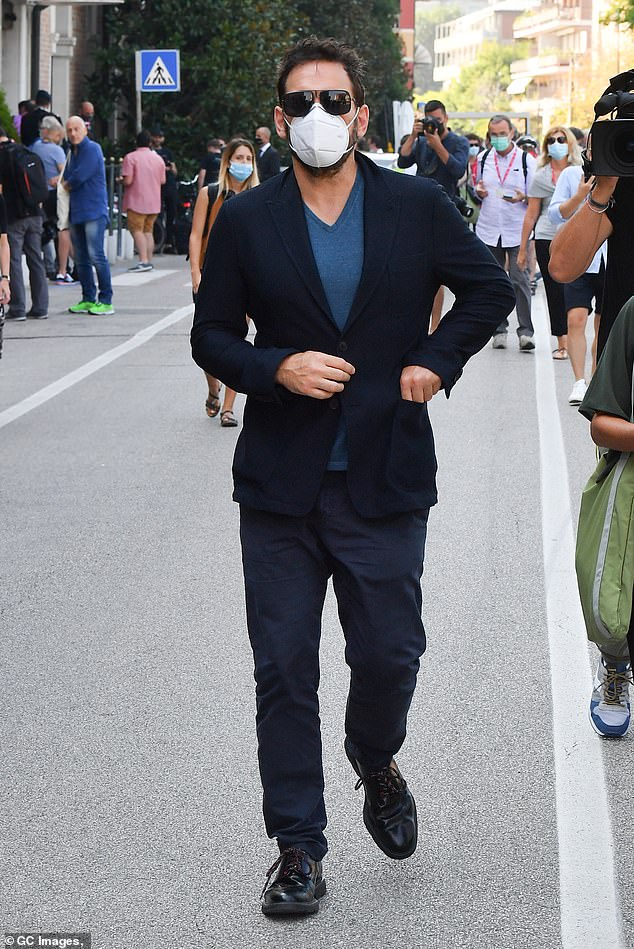 Looking sharp: Matt Dillon put on a dapper display in a blue blazer and a V-neck shirt as he stepped out in a mask while heading to the 77th Venice Film Festival on Saturday

Matt completed his look by wearing a pair of matching blue trousers, while he also stepped out in black brogue shoes.

The Outsiders star shielded his eyes during the outing with a pair of black aviator shades, while he kept his mask for the duration of his walk.

Matt styled his raven tresses into a tousled style and he sported a close-cropped beard underneath his protective gear. 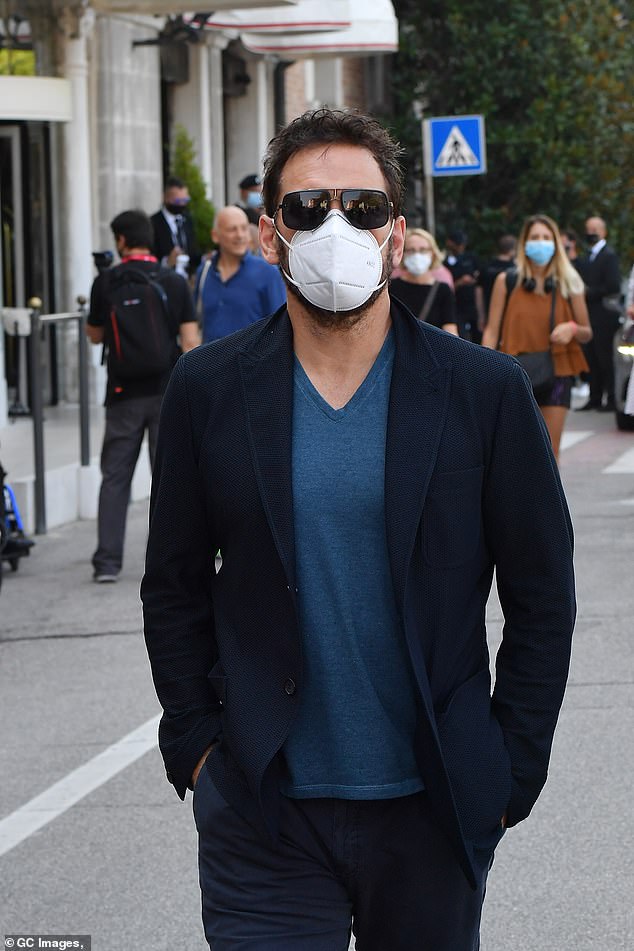 Safety first: The Outsiders star shielded his eyes during the outing with a pair of black aviator shades, while he kept his mask for the duration of his walk

The Venice Film Festival is one of the world’s oldest award ceremonies and is listed as one of the ‘Big Five’ events. It started on Wednesday and ends on the 12 September.

Though the event is still taking place, it is a markedly toned down affair to previous years amid the coronavirus crisis, with temperature checks and mask wearing becoming mandatory.

Dillon rose to prominence in the late ’80s with roles in films such as the Outsiders and Rumble Fix.

In 2006, he received Golden Globe and Oscar nominations for his critically-acclaimed role in Crash opposite Sandra Bullock.

Since then, he has gone on to star in dozens of films including the gruesome flick The House That Jack built in 2018. 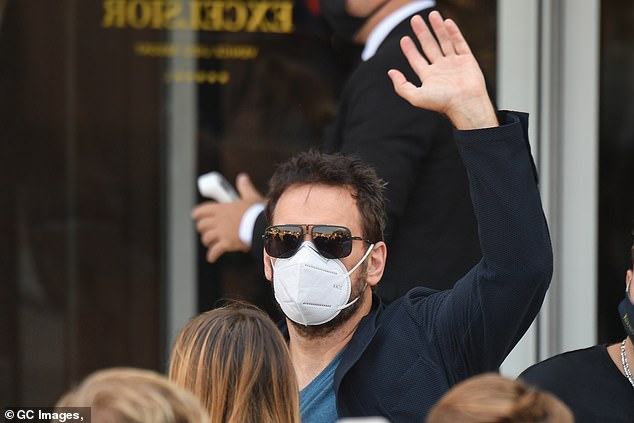 Friendly: Matt, who is part of the festival’s jury this year, waved at fans when he arrived