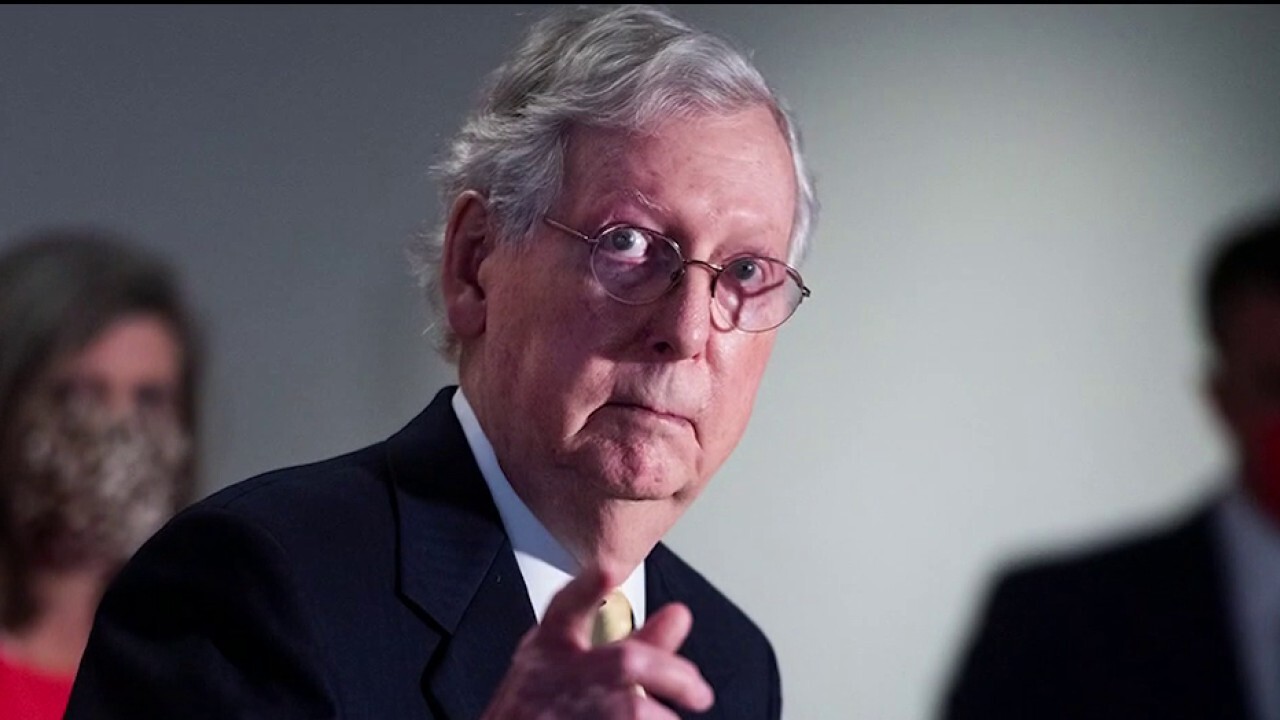 Senate Majority Leader Mitch McConnell warned on Tuesday that if the Democrats win the Senate in November that they will change the rules of the chamber so that they can “run roughshod over the country” — stark comments that came on the same day multiple Republican senators opined on protecting Senate norms.

“I think the American people should know what it means if the Senate shifts control, and you’ve heard it,” McConnell, R-Ky., told reporters at the Capitol. “Eliminating the filibuster, D.C. statehood, Puerto Rican statehood, and packing the courts. That’s what you get if you change the Senate.”

If Washington, D.C., and Puerto Rico become states, they would each get two U.S. senators, adding four legislators who would almost certainly be Democrats to the 100-member body.

He added: “Who do they want to run the Senate? Do [voters] want to enable the Democrats to run roughshod over the country by changing the basic structure here? … What [Democrats are] saying is they don’t want to win the argument, they want to change the rules in order to guarantee the outcome, and I think the American people need to be aware of that before they vote on Nov. 3.”

McConnell wasn’t the only Republican senator to raise procedural concerns on Tuesday. Another was Sen. John Thune, R-S.D., who cited reports that some Democrats are setting up a strategy to get rid of the filibuster if Democrats win the presidential election and take control of the Senate. He pointed out that Democrats have filibustered multiple bills in recent months — including the GOP’s “skinny” coronavirus proposal last week.

“So the very mechanism that they used repeatedly here in just the last year … they are now talking about getting rid of that very rule. Think about that. The irony of that is pretty rich,” Thune said.

Sen. Lisa Murkowski, R-Alaska, also chimed in, worrying about “efforts on the outside of this body that would … push us to change our rules and do so in a way that could permanently erode and undercut the ability of the United States Senate to operate as intended.”

Sen. Dick Durbin, D-Ill., shot back that the Senate with the filibuster does not appear to be functioning as intended.

“I have to ask them in all candor, as I listened to the speech about preserving the Senate as we know it, if they are really taking a look at the Senate as we know it?” Durbin said. “Do you know how many amendments were debated on the floor of the United States Senate in the year 2019? In the entire year? The world’s greatest deliberative body considered 22 amendments in the year.”

Some moderate Democrats — including West Virginia Sen. Joe Manchin — have come out forcefully against getting rid of the filibuster.

The Senate on Tuesday also moved to confirm three U.S. District Court judges in California with overwhelming bipartisan support. McConnell made sure to emphasize in comments to the press that the votes were in keeping with the body’s “blue slip” tradition in which district judges are approved by the senator of the state in which they are being nominated.

“You’ll notice we’ve been confirming district judges on a bipartisan basis and I want to make the point that that underscores, that we are continuing the process of honoring the blue slip. There are 47 Democrats in the Senate each of whom would have the ability to block a judicial appointment from their home states,” McConnell said. “And so we’ve continued to deal with district judges in the way they’ve historically been dealt with which is that the home state senator has a lot to do with it.”

McConnell has been the subject of criticism in the past because he has advanced federal appeals court nominations without blue slips. California Democratic Sens. Diane Feinstein and Kamala Harris specifically have attacked McConnell and Senate Republicans for this after they moved forward nominations to the 9th Circuit Court of Appeals over their objections. McConnell said Tuesday the circuit-level blue slip “has been on and off forever, but at the district level it remains uncharged.”

Progressive activists have pressed Feinstein, who would likely take over the Senate Judiciary Committee if Democrats win the Senate, to abandon blue slips altogether. Feinstein has not taken a hard stance, according to the Los Angeles Times, on what she would do with blue slips for either circuit or district nominees — though she warned, “what’s sauce for the goose is sauce for the gander.” She, like McConnell, is an institutionalist who has long supported the blue-slip practice.