A dozen different antiseptic creams will be taken off Australian shelves next week after it was found they can cause serious and painful skin inflammation on users who are allergic to their active ingredient.

Kylie Johnson from Canberra was one of those who paid a painful price for using one of the soon-to-be-banned creams.

She bought a tube of Medi Quattro from her local pharmacy to treat an itchy patch of skin on her neck over the June long weekend.

After rubbing in the cream, she felt a burning sensation on her skin which turned an angry red and a rash spread over her body and face. 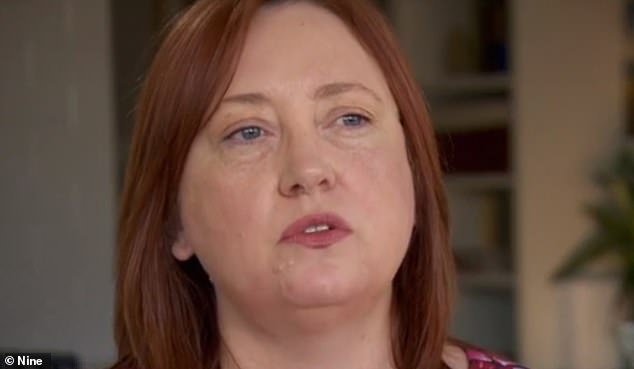 Kylie Johnson from Canberra, purchased Medi Quattro from her local pharmacy to treat an itchy patch of skin on her neck over the June long weekend 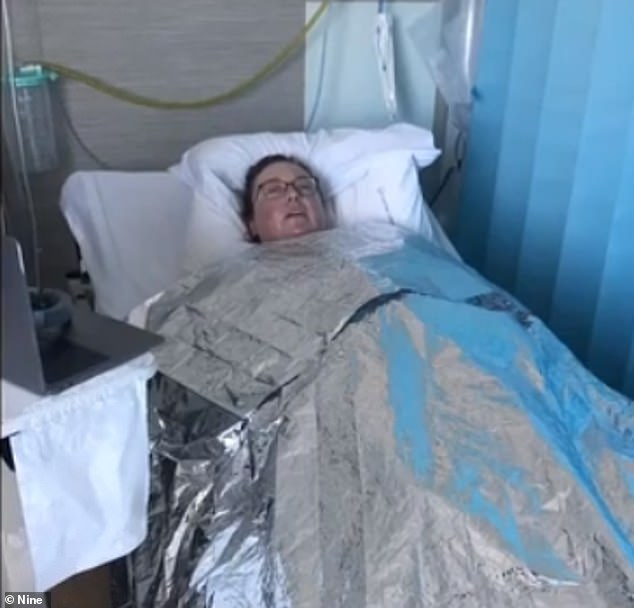 ‘I had like a really itchy red rash all over my neck, it was coming up my face and you could kind of see it grow,’ Ms Johnson told A Current Affair.

‘It didn’t work and it just kept getting worse, the rash kept growing which is really terrifying.’

Ms Johnson wound up in hospital for six days where she was wrapped up like a burns victim, placed under a space blanket and sedated as no treatment was helping.

She feared the worst and at one point thought she would have to ‘look at my will to see if it’s alright’.

After her excruciating six-day ordeal in hospital, Ms Johnson eventually recovered and doctors found she was allergic to bufexamac – an active ingredient in the cream.

Bufexamac is an over-the-counter non-steroidal anti-inflammatory drug, according to the Therapeutic Goods Administration (TGA).

Products containing bufexamac were stripped off the shelves in Europe back in 2010 due to severe allergic reactions and are not sold anymore in the US, Japan or New Zealand. 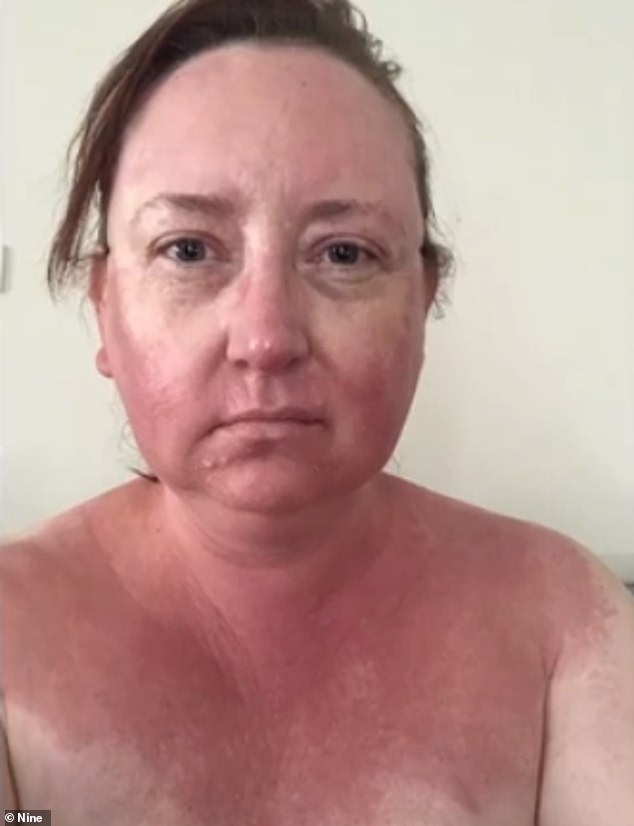 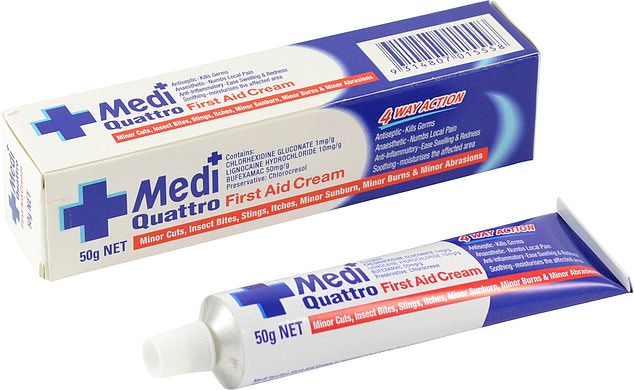 On September 18, 2020 Medi Quattro will be removed from Australian pharmacy shelves due to its horrific affects

There are currently 13 creams in Australia which contain the active ingredient and they will be no longer sold as of September 18, 2020.

‘Consumers and health professionals are advised that first aid creams containing bufexamac will be removed from the Australian Register of Therapeutic Goods (ARTG) on 18 September 2020 and will no longer be sold in Australia,’ TGA website read.

‘TGA has determined that, based on our assessment and independent advice from the Advisory Committee on Medicines (ACM) the safety and effectiveness of bufexamac-containing products are unacceptable.

‘Bufexamac is associated with a risk of serious skin reactions (also known as allergic contact dermatitis).

‘The TGA has also determined that there is inadequate evidence that the bufexamac ingredient in these products is effective.’