Meg Ryan has been laying low in Los Angeles after fleeing her home in NYC in March due to the pandemic.

On Sunday the Sleepless in Seattle actress kept it casual as she was spotted running errands in Santa Monica with her daughter Daisy and a friend.

For the outing the 58-year-old star showed off her slim figure in a T-shirt and jeans as she went about her day. 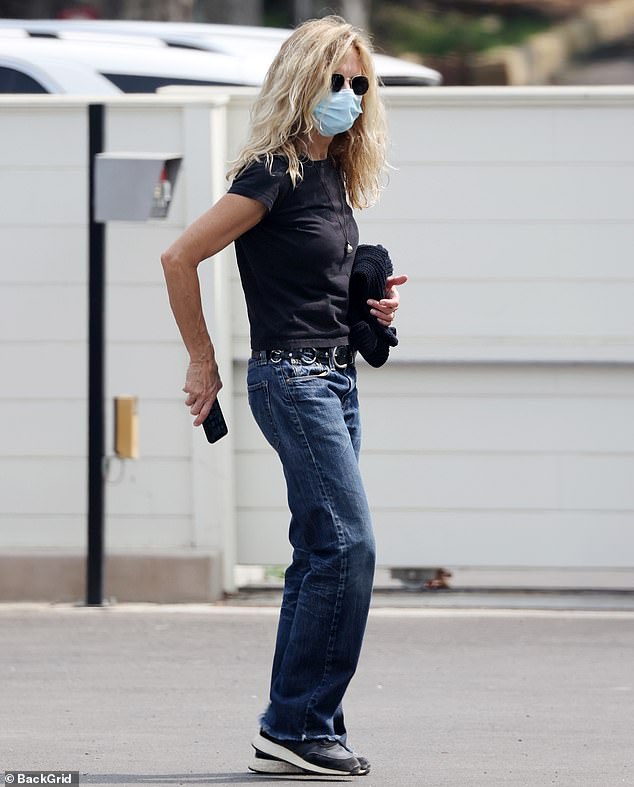 Out and about: Meg Ryan, 58, keeps it lowkey on a day of errands in Santa Monica as she rocks jeans and a t-shirt. The veteran actress was seen out with her daughter Daisy as they spent time together Sunday

Meg exuded laidback vibes as she slipped on a pair of straight leg oversized blue jeans with a ring adorned belt.

She prioritized her comfort in a pair of black sneakers, wearing a black short sleeved T-shirt as she carried a sweater along.

The mother of two kept her jewelry to a minimum as she wore a silver pendant and kept her loose blonde waves down and flowing.

She capped off the look with a pair of round sunglasses and a face mask as she complied with CDC guidelines while out in LA. 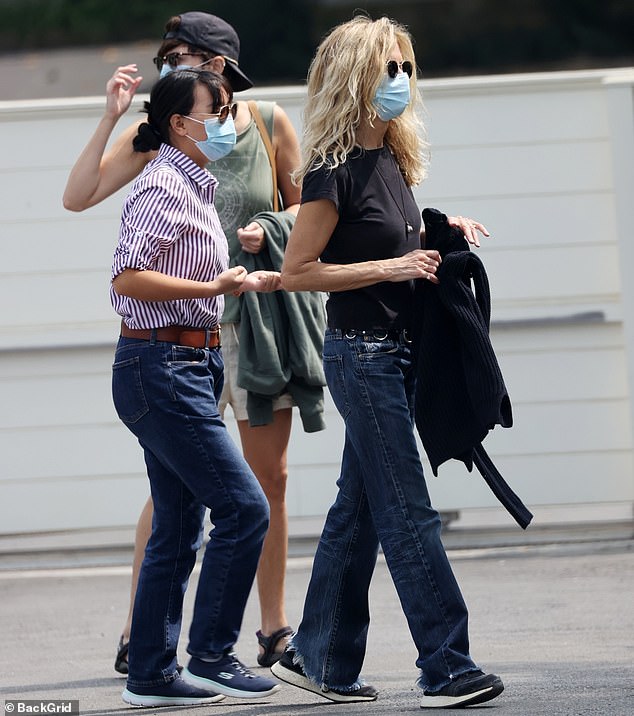 Daisy: Meg adopted daughter Daisy True from China when the girl was just 14-months-old. Speaking out about their relationship

Adopted daughter Daisy, 16, seemed to take a style cue out of her mom’s book as she rocked a similar pair of jeans and walked behind.

She added a red and white striped button down and a pair of Skechers sneakers, wearing her hair up in a bun as she walked by her friend.

Meg first adopted Daisy True from China in 2006 when she was just 14-months-old.

Speaking to People a year later in 2007, Meg gushed over her relationship with her new baby girl despite the system being a sort of lottery process in China. 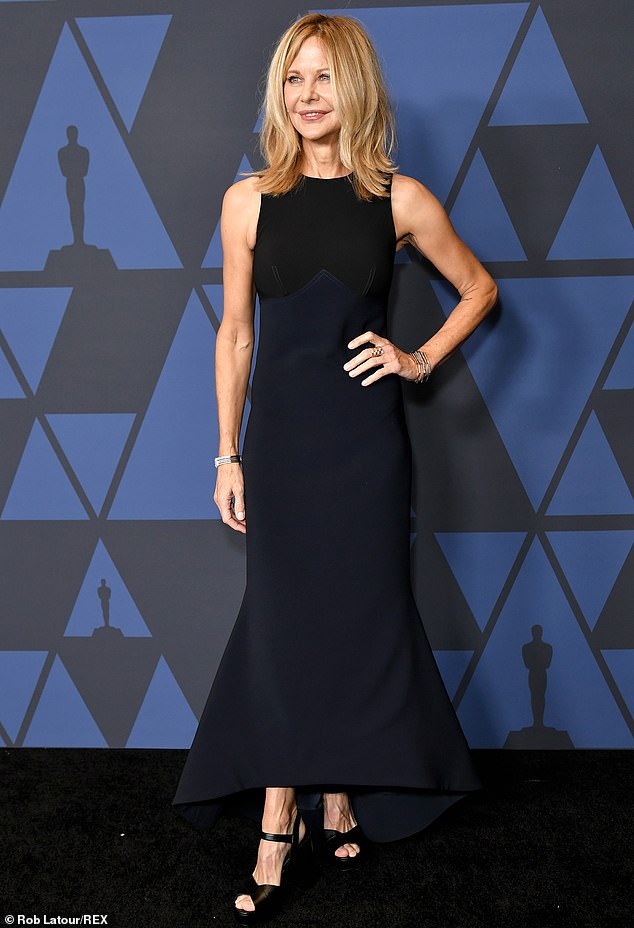 Mother of two: The Hollywood actress shares son Jack Quaid with ex husband Dennis Quaid and adopted a girl of her own, Daisy True in 2006 from China; seen in October 2019

‘I am completely convinced that there was nothing random about it. She is the daughter I should have…I was on a mission to connect with somebody, and Daisy and I got to meet each other this way at this time. We are so compatible,’ she said.

At that time Meg had been separated for six years from ex husband Dennis Quaid, 66, though they were still co-parenting biological son, actor Jack Quaid, 28.

The relationship between Quaid and Ryan hit the press after it was revealed Meg was having a high profile affair with fellow actor Russell Crowe. 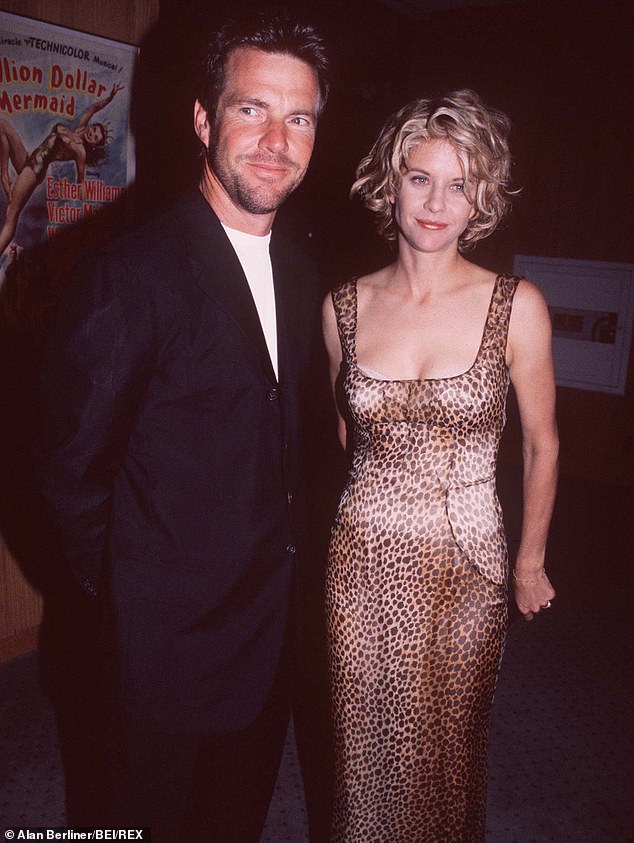 Hollywood power couple: Meg was married to fellow actor Dennis Quaid in 1991. The two had their son Jack a year later but eventually split up by 2000; July 1996

The two met in 2000 on the set of Proof Of Life where reportedly the actress became ‘extremely infatuated’ with the actor as they had instant chemistry.

Recently on the relationship front Meg was linked to singer John Mellencamp, 68. The two first started seeing each other in 2011 before calling it quits just three years later in 2014.

The long distance relationship put a strain on things as Meg typically resides in NYC and John is in Indiana but their intimate bond eventually brought them back to each other as they rekindled in 2017. 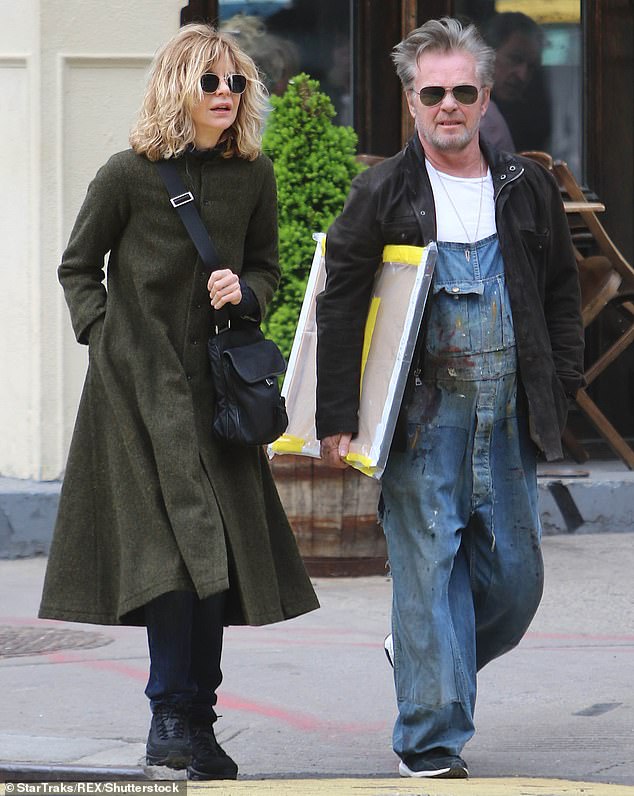 ‘Volatile’: Despite being together on and off for seven years, the pair reportedly were not ready to take the step to marriage after John proposed in 2018; pictured in NYC April 2018

A year later the two were engaged but broke up for good in fall 2019 as John Mellencamp who has been married three times had reservations about tying the knot again.

A close source to Mellencamp told People that there were definitely some issues which is why Meg called off the engagement.

‘John and Meg have had a volatile relationship from the beginning. They love each other, but there are disagreements which can become issues’ the source said. 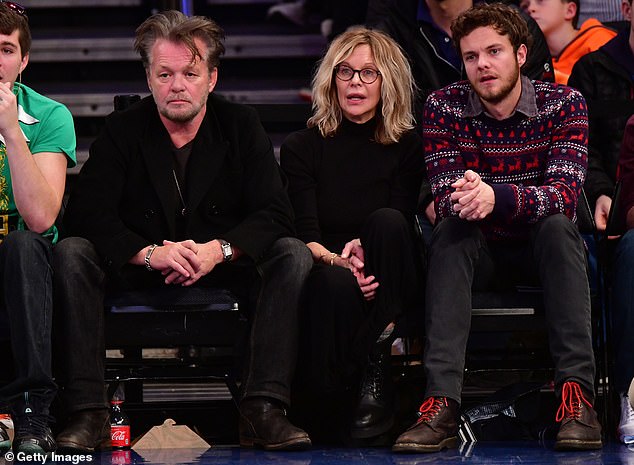 Courtside romance: Meg and ex-fiance singer John Mellencamp, 68, were on and off since 2011, eventually calling it quits in 2019 after breaking off their engagement; December 2017

Last week Meg celebrated her actor son Jack for his role in The Boys on Amazon prime.

The up and coming actor has seen success on his various film projects, originally making his debut in The Hunger Games.

Before quarantine Meg was the narrator of a dark love story on Audible called Cut and Run.

She has taken a step back from Hollywood but told news outlets that she was planning to make a comeback ‘on her own terms’ as she is writing a feature film that she may even direct.