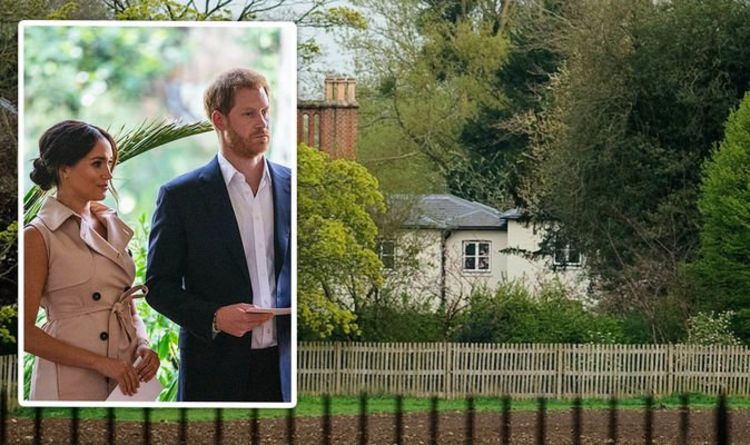 Meghan and Prince Harry‘s newly-announced Netflix deal have stirred more controversy over the repayment of the renovation works carried out at their home in Windsor between late 2018 and early 2019. Former MP and minister Norman Baker lashed out at the couple, saying they should repay in one huge slump the full cost of the works carried out at Frogmore Cottage.

Mr Baker told The Sun: “They should pay the taxpayer back immediately for Frogmore renovations rather than wait eleven years.

“They can both definitely afford it.

“They should either pay it when the Netflix money arrives or give up the cottage.

“Even the monthly amount they have set is willfully inadequate.

“I don’t mind them having this deal with Netflix, good luck to them.

“But if they are going to do that then they have to make sure they are not benefiting from their royal status.”

In 2013 he had been appointed Minister of State at the Home Office.

Prince Harry and Meghan Markle announced their decision to move out of the Nottingham Cottage on the grounds of Kensington Palace and into the Windsor estate in late 2018.

Following months of renovation works, which transformed the five separate living quarters into a home where the pair could bring up their son Archie Harrison, Meghan and Harry moved into Frogmore Cottage in the spring of 2019.

However, they only lived at their Windsor home for a few months.

In mid-November last year, the family-of-three left for Canada for an announced six-week break and never returned to their revamped house.

While Meghan and Harry came back briefly in January and March to announce their intention to step back as senior royals and carry out their last official engagements, Archie has yet to travel back to the UK in 2020.

The family now lives in a mansion in Montecito, Santa Barbara, reportedly bought through their own savings and a mortgage.

The Duke and Duchess of Sussex pledged earlier this year to pay back the costs of the refurbishment of their Windsor residence.

A statement issued by Buckingham Palace on January 18 read: “The Duke and Duchess of Sussex have shared their wish to repay Sovereign Grant expenditure for the refurbishment of Frogmore Cottage, which will remain their UK family home.”

It was later said the couple are paying back the £2.4m forked out by taxpayers in monthly instalments amounting each to £18,000.

Meghan and Harry confirmed they signed a deal with Netflix, a streaming platform boasting more than 193 million subscribers.

The Duke and Duchess of Sussex, who have founded a yet-to-be-named production company, will create documentaries, TV shows and children’s programming exclusively for this online service.

They said in a joint statement: “Our focus will be on creating content that informs but also gives hope.

“As new parents, making inspirational family programming is also important to us.”

While neither the Sussexes nor Netflix have spoken about how much this deal is really worth, an expert believes it could range between £37m to £75m.

Jonathan Shalit, founder and chairman at the Intertalent Rights Group, wrote on Twitter: “Wow… I estimate Harry and Meghan will have a signing fee of between $50 and $100 million and with bonuses, they could earn $250 Million plus.

“This is a massive historical deal – scale like no other”.