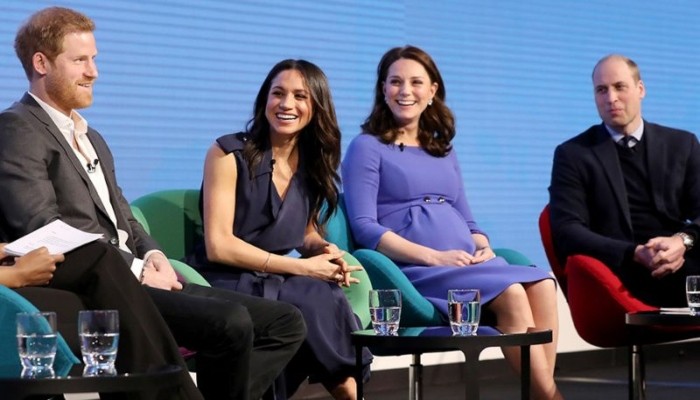 Meghan Markle feeling voiceless within the suffocating walls of the palace is something that has been hinted at a number of times.

However, the Duchess of Sussex had made the discreet admission herself as well in front of Prince Harry, which was observed by some.

Royal expert and journalist Sarah Sands claims in her column written for the Mail on Sunday that the duchess had once muttered, “Don’t I have a voice?” under her breath to Prince Harry during a royal event.

The remark was overheard by Sands and her colleague who claim the incident happened during a broadcast where Meghan was present with Harry, Prince William and Kate Middleton.

According to Sands, the microphone was handed over back and forth to the Cambridges and then to Harry to which Meghan “icily” asked, “Don’t I have a voice?”

Sands said further that, “Meghan’s ‘ordeal’ in Britain was, to her mind, the subjugation of her voice.”

“A colleague who was at a broadcast by the Royal Family’s short-lived Fab Four – how poignant it is to recall the two couples looking so happy together – remembers the microphone moving down the line: William…Kate…Harry. Meghan, at the end of the line was disinclined to wait,” she wrote.

As Meghan and Harry now take the spotlight with their new Netflix deal, Sands commented: “At last, she can be heard, loud and clear. It’s obvious that she feels delighted to be home again.”