A pair of Melbourne security guards monitoring guests in hotel quarantine have been sacked after being accused of ‘sexual activity’ together, an inquiry has heard.

The embattled guards had worked for a security subcontractor hired by MSS Security to watch over returned travellers during the state’s quarantine program.

Sam Krekelis, business manager of events at MSS, told the hotel quarantine inquiry the unnamed pair had gotten a ‘bit comfortable together’ and they had since stopped working for the company. 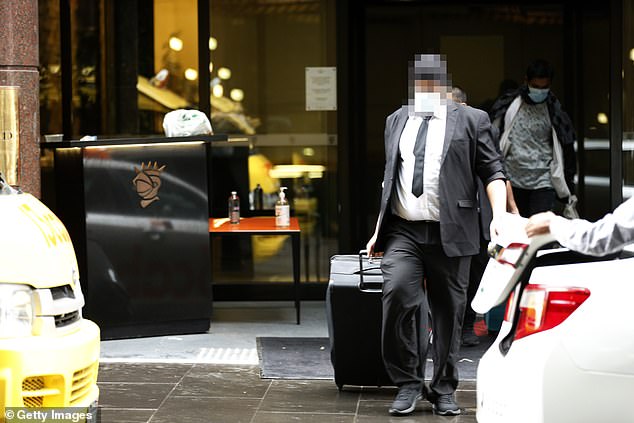 An inquiry heard two guards at a Melbourne hotel quarantine had engaged in ‘sexual activity’ together (pictured, guests outside Stamford Hotel in Melbourne)

‘There was also a suggestion made by other guards that possibly the two in question had been engaged in sexual activity,’ Mr Krekelis said in a report tendered to the inquiry.

‘I was informed by the managing director of (subcontractor) Australian Protection Group later that day that “there was no major incident just two staff members that got a bit comfortable working together”; that their actions had not jeopardised their work and that they would not be working on MSS sites again.’

The inquiry also heard security guards were not allowed to chase after people who tried to escape the mandatory 14-day isolation, designed to keep coronavirus from coming in from overseas.

Gregory Watson, the Victorian general manager of Wilson Security, told the inquiry that security staff were instructed not to pursue anyone who managed to get outside the hotel.

‘If anybody was to do a runner or abscond, we were to let them go, and then it would be advised to the police, whose job it would be then to follow up,’ Mr Watson said, the Herald Sun reported. 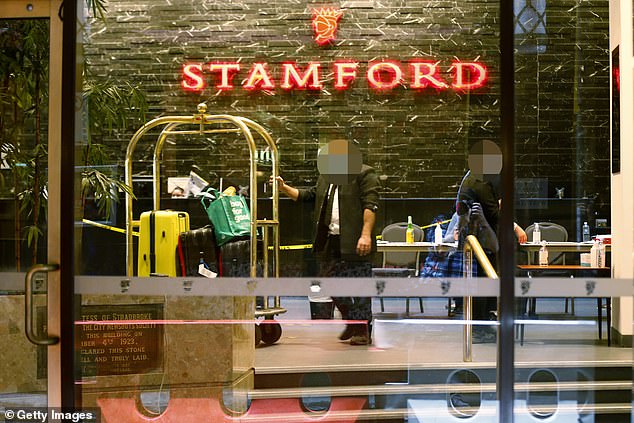 No guards from Wilson Security were reported of contracting COVID-19 or of spreading it outside the hotels and into the community.

However eight Wilson Security guards deployed to hotels were fired for either sleeping on the job, being rude, abandoning their posts and one who made an inappropriate advances towards a hotel guest, Mr Watson confirmed.

The company also received a total of 23 complaints about staff and subcontractors during their time monitoring hotels – 21 of them occurred in the first fortnight.

The revelations comes after it was heard that eight security guards subcontracted by MSS Security tested positive to COVID-19 to the virus while working at the Stamford Plaza hotel in mid-June.

The guards are believed to have contracted the killer disease while carpooling and working on the same floor. 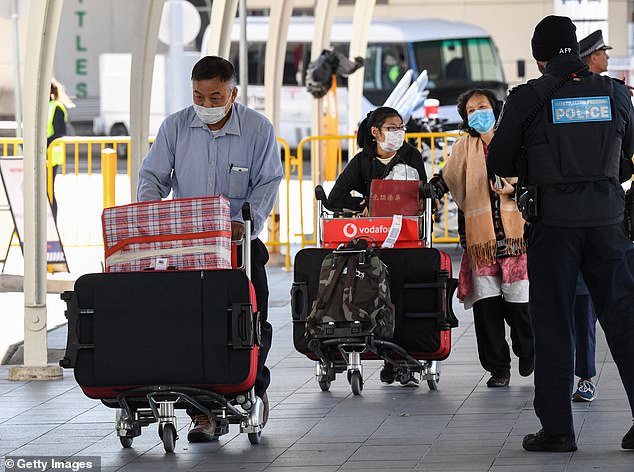 About one in 10 cases of the state’s second wave can be traced back to outbreaks at the hotel.

Meanwhile, six guards from Sterling Pixxel caught COVD-19 while working at the Rydges on Swanston in May. The guards were subcontracted by Unified Security.

About 90 per cent of second wave cases can be traced back to the hotel.

Fifty of the new deaths were people who passed away in aged care in July and August, after a federal and state government review of previous deaths in facilities across the state.

WHAT MELBOURNE’S STAGE FOUR LOCKDOWN MEANS FOR YOU

State of disaster: Increased police powers to enforce the lockdown. Cautions will no longer be issued, only $1,652 fines or court summons

Curfew: No one allowed outside 8pm to 5am except for work, medical, caregiving – no shopping or exercising

Distance limit: Shopping and exercise can only be done 5km from home

Exercise: All recreational activity is banned and you can only exercise, with one other person, for one hour a day

Partners: You can visit a boyfriend or girlfriend who doesn’t live with you, even if they live more than 5km away

Shopping: Only one person can go shopping per household per day

Cafes and restaurants stay open for takeaway, as do supermarkets, etc

Schools: All students learning from home unless they are vulnerable or parents are essential workers. Kindy and childcare closed

Funerals: No change to funeral limits, but only 10 mourners can leave Melbourne to regional Victoria for one

Public transport: Slashed after 8pm and cancelled late at night

Community sport: All community sport across Victoria is now banned. Only exercise is allowed within the permitted public gathering limits of two people.