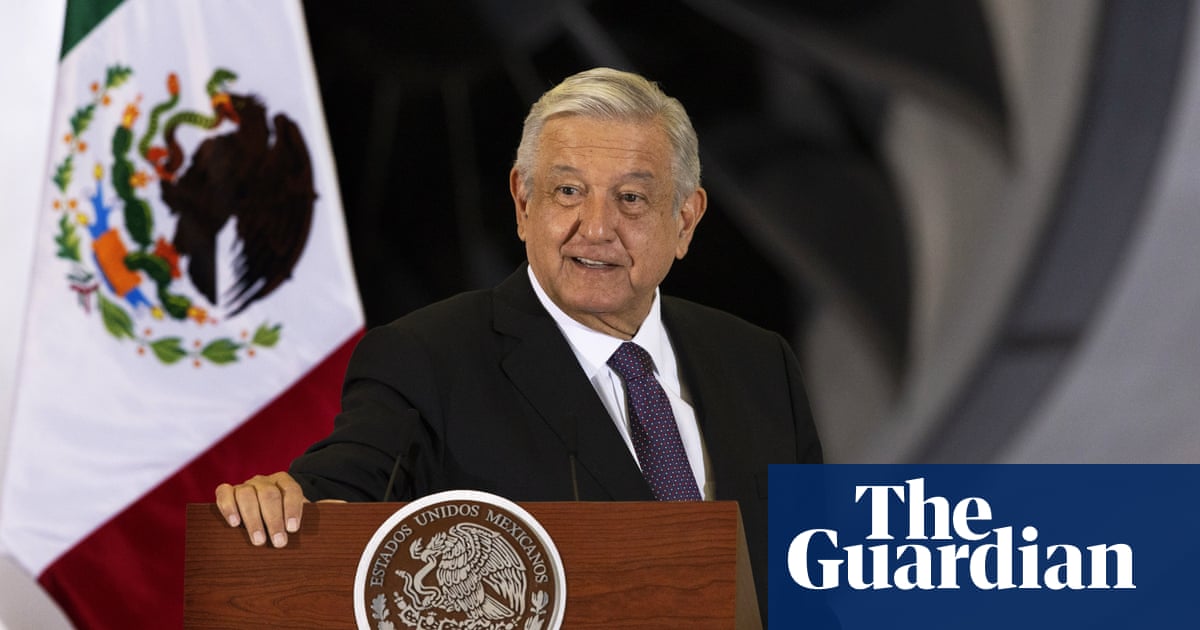 Mexico’s president has announced plans for a referendum on whether to prosecute his unpopular predecessors, saying he wants “the people” to give the green light to any legal proceedings against the country’s former presidents.

Andrés Manuel López Obrador, commonly called Amlo, delivered a document to the senate on Tuesday, asking for a plebiscite on prosecuting former presidents to be held along midterm elections on 6 June 2021.

The document outlines a litany of grievances during the three decades before López Obrador took office in December 2018, including privatisations rife with cronyism, spiralling violence and an increasing concentration of wealth.

López Obrador has previously said that he opposes putting past presidents on trial, saying: “We must not be anchored to the past.” But he has a track record of putting controversial ideas to “the people”.

Plans for the plebiscite were unveiled as Mexico weathers the twin storms of a pandemic which has claimed more than 70,000 lives and a stumbling economy which recently saw its worst contraction since the Great Depression.

“It also allows him to keep the flame of grievance alive and have people express their frustration, anger and resentment, which is very real,” said Carlos Bravo Regidor, a political analyst in Mexico City.

The plebiscite will present legal challenges, including the statute of limitations which has expired for conduct within the terms of all living ex-presidents, except for Amlo’s immediate predecessor, Enrique Peña Nieto. Mexican law also prohibits holding a referendum on the same day as an existing election.

“Amlo does not think like a lawyer,” said Rodolfo Soriano Núñez, a sociologist in Mexico City. “I am not betting my soul on Amlo getting people in jail, but we need to address these issues.”

The only living president not mentioned by López Obrador is 98-year-old Luis Echeverria – who Amlo has never criticized publicly. A specialized prosecutors office filed charges against Echeverria for the 1968 Tlatelolco massacre (in which police, soldiers and paramilitaries gunned down hundreds of protesters), but he was exonerated by a tribunal in 2007.

López Obrador swept to power as an anti-system candidate on an agenda of getting rid of graft in government and overturning the hold of what he considers a corrupt political class.

He drew on a deep well of disgust over past political corruption scandals and, even after taking office, Amlo still rails against the old regime, often using his daily press conference to relitigate past scandals and personal slights.

Amlo has been quick to repeat allegations by a former boss of the national oil company, Emilio Lozoya, who told prosecutors he had accepted bribes from the Brazilian construction firm Odebrecht. That money, Lozoya said, funded Peña Nieto’s 2012 presidential campaign and paid off lawmakers to support an opening of the state-controlled oil industry.

But the president’s own family has also been caught up in corruption allegations. A 2015 video recently surfaced showing his brother Pío López Obrador accepting cash payments for Amlo’s fledgling political party. Amlo has called the money collected by his brother “contributions” and insisted it wasn’t linked to the Lozoya case.

In recent weeks, Amlo supporters have mobilized to collect the 2m signatures necessary to trigger a plebiscite.

“We’re the people, and we’re paying them, and they went about stealing from us,” said Ariadna Bahena, a university student involved in the campaign. “Amlo isn’t getting rich.”