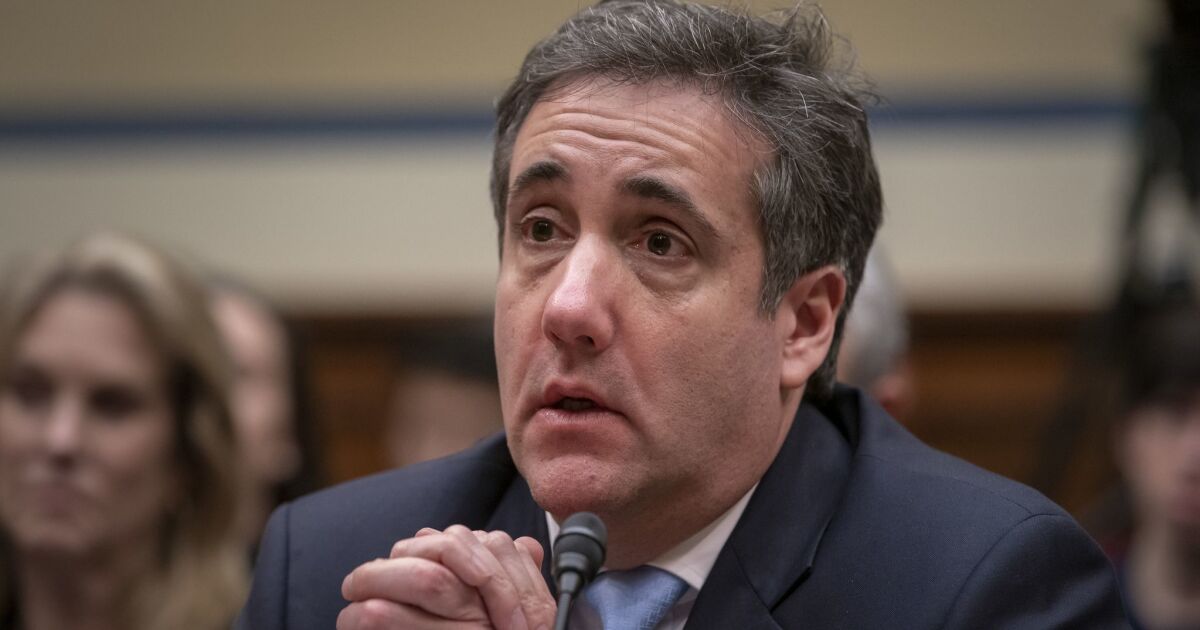 Michael Cohen is continuing his “Disloyal” streak against President Trump.

From home confinement, Trump’s former personal attorney appeared on “Late Night With Seth Meyers” to discuss his new tell-all book about his time at the White House and to urge Americans to vote against the president in the upcoming election.

In 2018, Cohen was sentenced to three years in prison after pleading guilty to numerous charges, including campaign finance fraud and lying to Congress. He was released to home confinement in May as COVID-19 hit prisons around the country.

“Thirty-eight percent of this country, his base — including members of Congress — are doing exactly the same thing that I did, and I’m trying to say to them, from one member of the cult to another, ‘Open up your eyes and acknowledge that Trump doesn’t care about you,’” Cohen told Meyers on Thursday.

Cohen went on to address specific details from “Disloyal,” which hit shelves this week, including the claim that Trump’s own children tried to stop his 2016 campaign for fear of losing business because of their father’s racist platform.

“Don, Ivanka and Eric came to me — this was post the initial launch of the campaign, when he made the statements about Mexicans — the very first reaction, by Univision, was, ‘We’re pulling out from the [Trump National Doral Miami resort],’ and it was costing the Trump Organization … tens of millions of dollars,” Cohen said.

“And the kids came to me, and they stated, ‘You gotta get dad to stop this. We’re going to be out of business. Very soon you’ll be the CEO of this company, and we’re going to change the name to the Rump Organization.’”

Last month, Cohen released the buzzy, Trump-bashing foreword for “Disloyal,” which is signed, “Michael Cohen, Otisville Federal Prison, Otisville, New York, March 11, 2020.” On “Late Night,” he opened up about his experience writing the book while serving time and working at a sewage treatment plant.

“There was a lot of free time, believe it or not,” Cohen said. “So I would put myself into the electric room that had a small desk, and on a yellow pad I would begin to write.

“And at the end of each day, I would sit down with a group of my friends — inmates, like Tony Meatballs and Andy Cucumbers and Stevie and Herbie and a whole group of guys — and we would get together in the cube … and I would read them different parts of the book that I was working on. And it was just something that we did to pass our time.”

In the book, Cohen admits playing an active role in Trump’s schemes as his “demented follower,” “fixer and designated thug.” And he was clear in his interview with Meyers that he doesn’t expect anyone to hail him as a “hero” for finally “acknowledging the things that I did and the loss of my moral compass.”

“All I’m just trying to do is to make amends and to allow the book to serve as a basis for people to understand, this is the man that wants you to vote for him and to pull the lever on his behalf come election day,” Cohen said. “I’m giving you all of the inside information that you need in order to make the determination whether this man is really who you think is best for you and best for this country.”