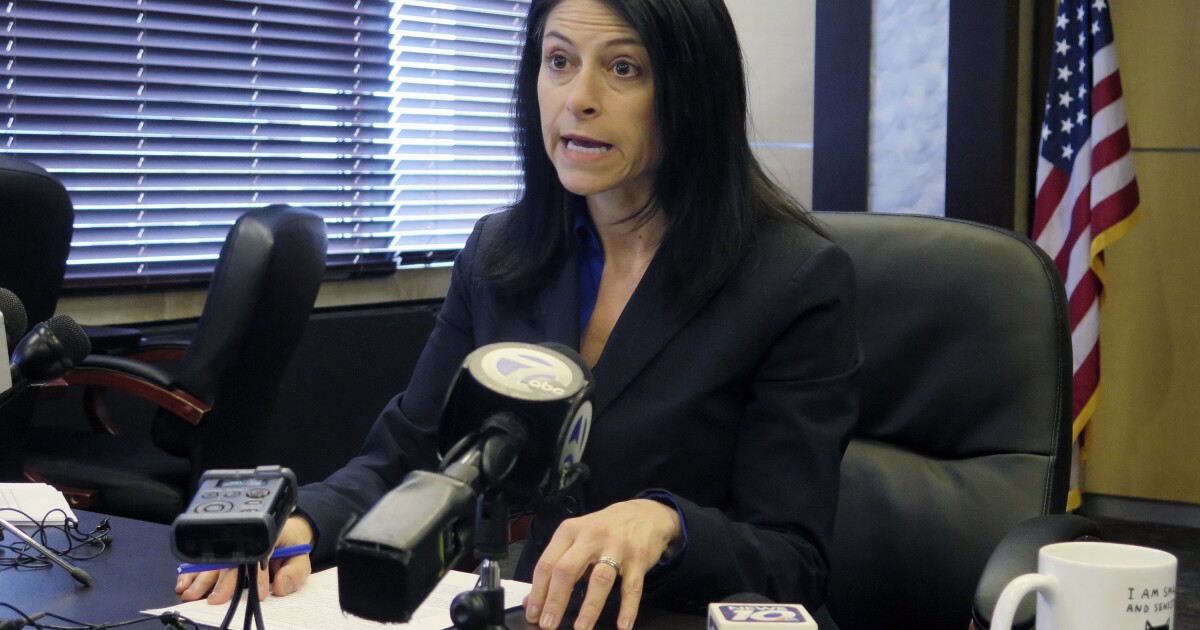 (WXYZ) — Michigan Attorney General Dana Nessel responded to a tweet from President Donald Trump overnight Saturday into Sunday, saying that the president is “not our type.”

It started when Trump tweeted a Breitbart article about Nessel and saying in part that Nessel “should be sanctioned.”

Michigan AG Dana Nessel Pursues Sanctions Against Lawyers Questioning Election https://t.co/Hb5xckedoN via @BreitbartNews These lawyers are true patriots who are fighting for the truth and, obviously, getting very close. AG should be sanctioned. Fight on!

Nessel responded after Trump called other lawyers who are trying to overturn the election “patriots.”

“A patriot is a person who vigorously defends their country against its enemies and detractors. History will reveal which you were,” Nessel responded in a tweet. “I wish you loved your country half as much as you love yourself. Also, time to stop obsessing about those women from Michigan. You’re not our type.”

Can’t a random state AG from the Midwest sleep in on a Sunday morning without waking up to find that the President of the United States has mean-tweeted about you overnight (again)? The answer is “yes” come January 20th. https://t.co/Oo96gw6Xea