A Michigan teenage deer hunter died in a freak accident after he was run over by a corn harvester in a field Saturday morning.

Authorities said that a 14-year-old boy from Elkton, Michigan, died during the incident which occurred Saturday just before 9am in a rural cornfield in Chandler Township, Michigan.

The Huron County Sheriff said the boy had been dropped-off so he could go hunt deer earlier in the day and had likely fallen asleep in the cornfield, WJRT reported. 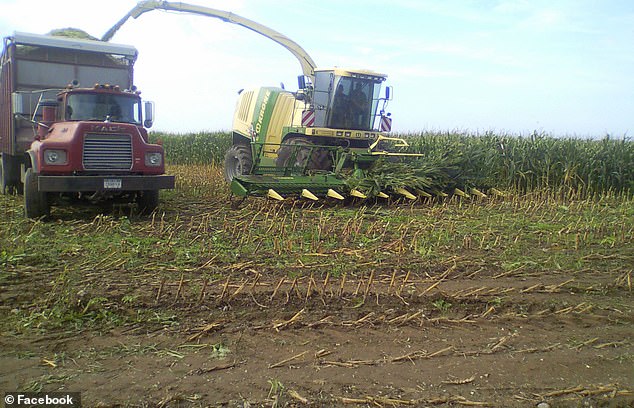 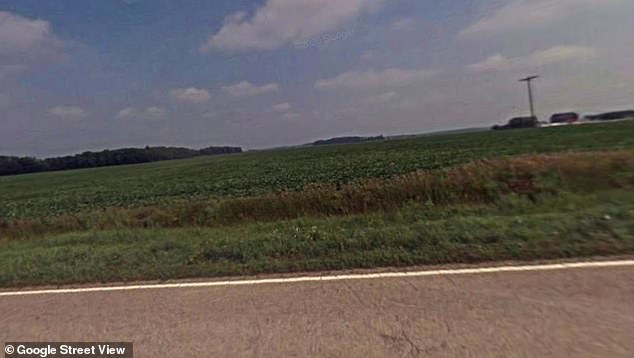 Police said the boy had been dropped off at the field (pictured) earlier in the morning to go deer hunting. The corn harvester had been unaware anyone was in the field

A man, 25, from Pigeon, Michigan, returned to the field at about 9am, to finish harvesting it, not knowing that there was anybody in the field.

While driving a large Krone corn chopper, the man apparently drove over the boy, only realizing what had happened after finding the boy ‘a very short while later,’ the Huron Daily Tribune reported.

Emergency workers declared the boy dead at the scene.

An autopsy has been ordered for the boy, who has not been named.

The corn harvester driver has not been named, either.