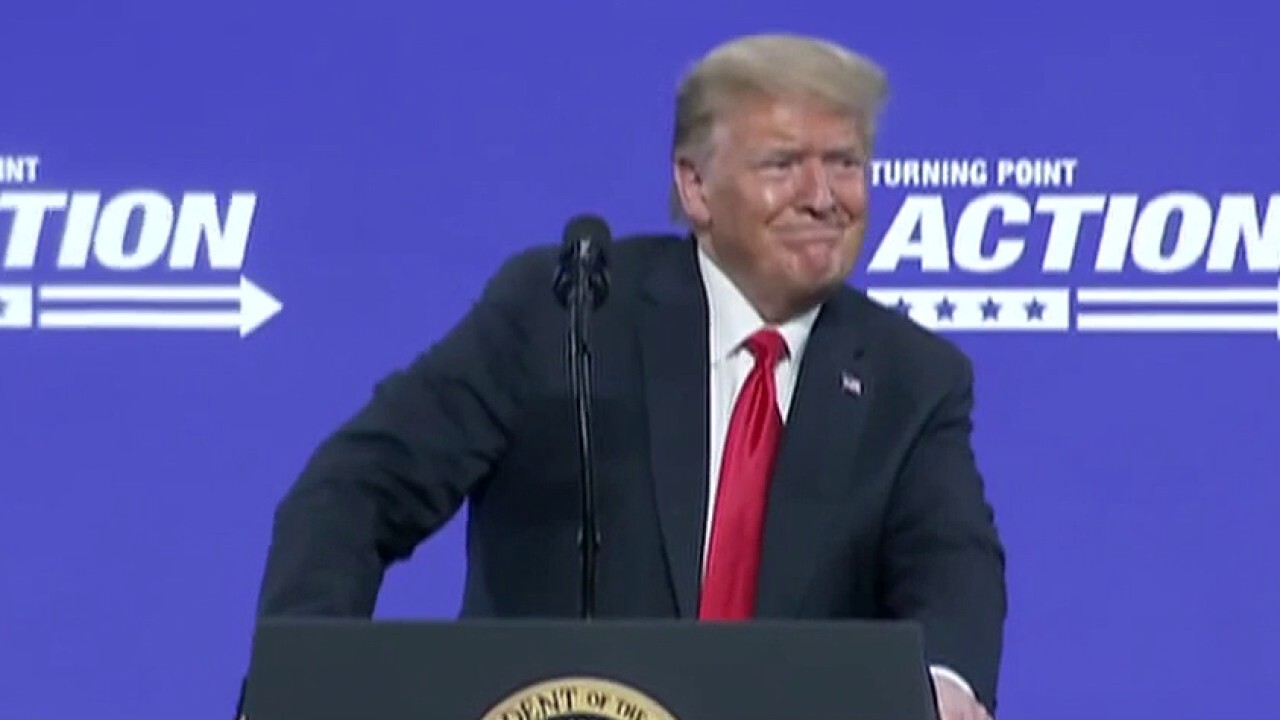 President Trump could flip Minnesota — a state that has been blue since 1972 —  because of a mishandled coronavirus response and continuing civil unrest in Democrat-run cities, GOP Senate candidate Jason Lewis said Saturday.

“It’s sort of a microcosm of the entire country. As the urban liberals become a little bit more crazy, it drives everybody else into Trump country and red country,” Lewis said on “Fox & Friends Weekend.”

Acknowledging the importance of the state, Democratic presidential nominee Joe Biden has announced he will campaign in-person in Minnesota as the rival campaigns ramp up advertising statewide.

VETERAN RUNNING FOR CONGRESS IN MINN.: I WOULD DEFEND POLICE, BE A VOICE FOR KEEPING COMMUNITY SAFE

With the election less than two months away, Lewis thinks momentum is building in the president’s favor.

“And especially so since Donald Trump has done the most important thing he could for the GOP, and he’s brought the working man and woman back to the party,” he said.

Following the death of George Floyd in Minneapolis and the riots that followed, Lewis said law and order has become the No. 1 issue for many voters, as well as the coronavirus lockdown and concerns that Democratic Gov. Tim Walz mishandled the state’s response to the pandemic.