The captain of a duck boat which sank in Missouri in a tragedy which killed 17 people two years ago is set to have charges against him dropped.

Kenneth Scott McKee was indicted on charges of misconduct and negligence after the July 2018 disaster in Table Rock Lake.

McKee was accused of disregarding weather warnings and failing to head for shore when a storm arrived, causing the amphibious vessel to fill with water and sink.

But the federal case is set to be dropped on technical grounds after magistrate David P. Rush ruled that the lake is not a ‘navigable waterway’ and therefore not covered by US maritime law.

Instead, Rush has recommended that the case be dealt with in Missouri state court, according to ABC News. 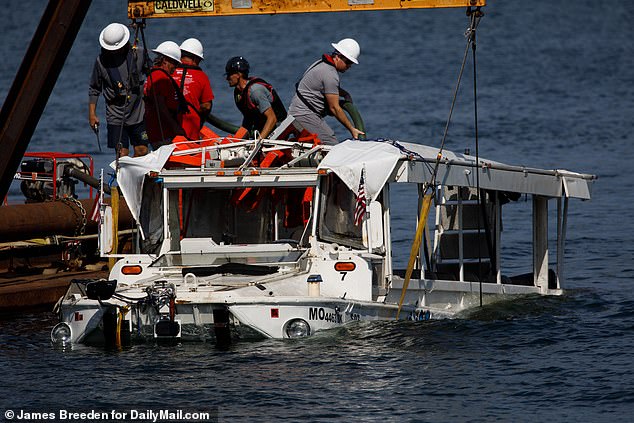 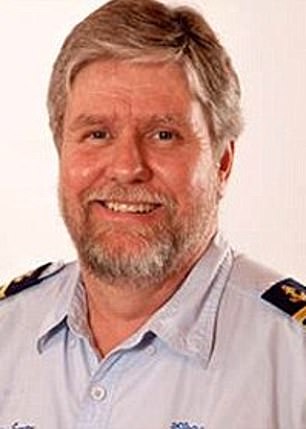 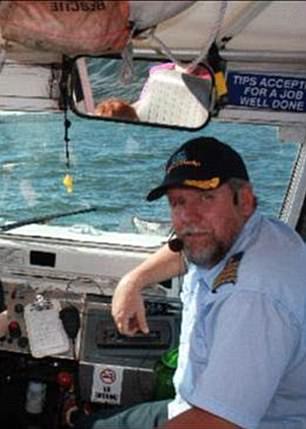 There were 31 passengers aboard the duck boat when hurricane-strength winds sank the craft, causing one of America’s deadliest tourist tragedies in recent years.

Nine members of the same family, the Colemans, were among 17 people killed when the fierce winds churned up the water in Table Rock Lake, near Branson.

They ranged in age from one-year-old Arya Coleman to the oldest victim Ervin Coleman, 76.

Five of the dead were aged 15 or younger, with the victims coming from Missouri, Indiana, Illinois and Arkansas.

Tia Coleman, one of two survivors in the family along with her nephew, said McKee had told passengers they ‘won’t need’ life jackets.

McKee was indicted in November 2018, with prosecutors accusing him of negligence and misconduct while piloting the vessel Stretch Duck 7.

The captain ‘failed to properly assess incoming weather prior to entering the vessel on the water’ despite lightning in the area, the indictment claimed.

He also allegedly ‘failed to instruct passengers to don personal flotation devices’ and ‘failed to immediately increase speed and head to the nearest shore’.

McKee, who denied the charges, faced a possible 10-year sentence for each of the 17 counts in the indictment as well as a $250,000 fine.

The magistrate’s recommendation to drop the charges against McKee is not yet final and is pending a scheduled hearing.

Last year, charges were unsealed against Curtis Lanham, the general manager of Ride The Ducks Branson, and Charles Baltzell, the operations supervisor.

Lanham was accused in the indictment of failing to establish training and policies for monitoring for severe weather. 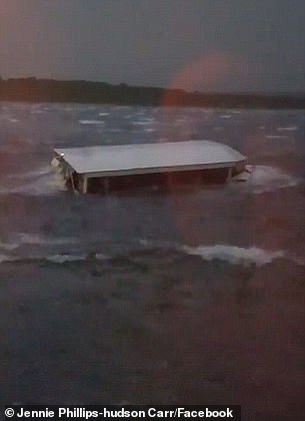 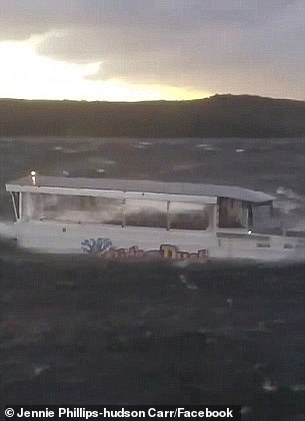 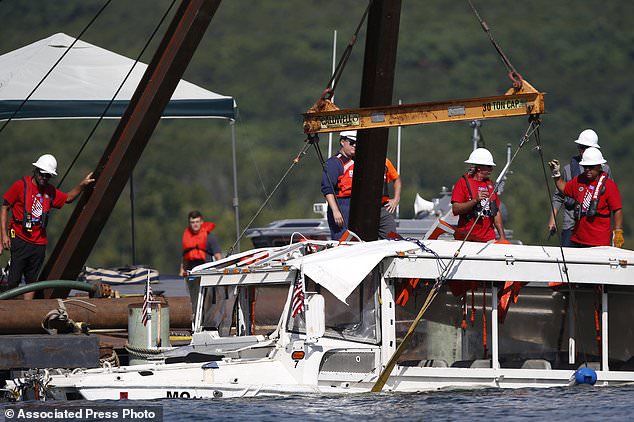 The duck boat that sank in Table Rock Lake near Branson, Mo is raised after it went down on the evening of July 19, 2018

Baltzell was accused of failing to properly monitor the weather, not even being on the same floor where radar viewing screens were located.

Earlier this year, the National Transportation Safety Board released its findings and said operator Ride The Ducks should have suspended operations in severe weather.

The Coast Guard was also criticized for failing to follow recommendations to improve the safety of duck boats.

Duck boats, with wheels allowing them to drive on city roads but which can also travel on water, are popular with tourists in many US cities.

However, they have been linked to more than 40 deaths since 1999, including separate accidents in Seattle and Philadelphia.

Robert Mongeluzzi, whose firm represents nearly two dozen people who were aboard the Missouri boat, called for duck boats to be scrapped altogether.

‘The Coast Guard and duck boat industry have the blood of these Branson victims on their hands for continuing to ignore the warnings. Hopefully this time, they will listen.’

Seventeen people were killed on July 19 when a Ride the Ducks duck boat capsized during a severe storm over the Table Rock Lake in Branson, Missouri.

Among them were a hero grandmother, a ‘community legend’ football coach and a recently baptized 15-year-old boy.

Nine members of one family were also killed, with another two managing to survive the horrific ordeal.

Nine of the 11 members of the Coleman family who boarded the boat on were killed, including four children under the age of 10.

Horace ‘Butch’ Coleman, 70, the family patriarch, was remembered on social media as a ‘community legend’, who spent more than 40 years volunteering in his local area.

His wife, Belinda Coleman, 69, and his brother, Irving Raymond Coleman, 76, were also killed, as were Belinda’s cousins, Angela Coleman, 45, and Glenn Coleman, 40.

Angela’s two-year-old son Maxwell died in the tragic accident, as did Glenn’s sons Evan, 7, and Reece, 9, and his one-year-old daughter Arya. 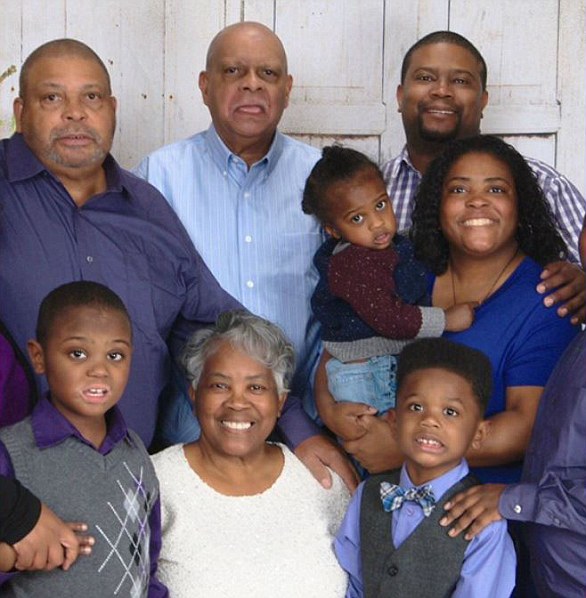 Smith’s daughter, Loren, survived, and his wife Pamela was not on the boat.

A family friend wrote on Twitter Pamela had decided to go shopping instead of joining her family on board the doomed boat. 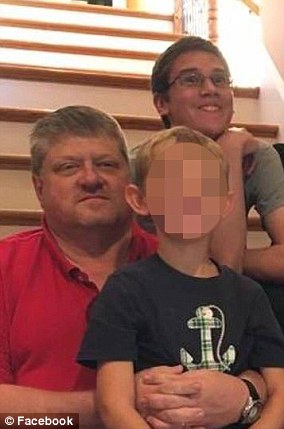 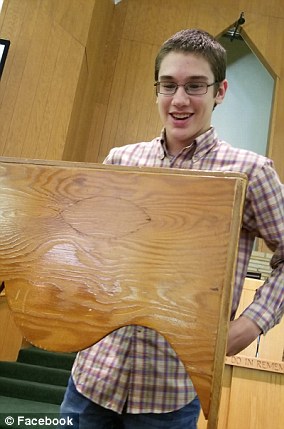 Church deacon Steve Smith (left) and his recently baptized 15-year-old son Lance (pictured in last known photo of him, right) were among those killed. Steve’s daughter Loren was taken to hospital, but survived 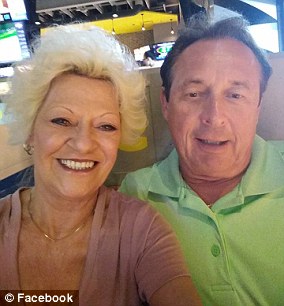 Bill Asher (right) and Rose Hamman (left), were also killed. The couple were on their last night of vacation when they boarded the boat

Bill Asher, 69, and his girlfriend Rose Hamman, 68, were also identified as among the dead by friends on Facebook on Friday afternoon.

Bill and Rose had been on a week-long holiday in Branson, and had spent their last evening away on the duck boat, friend Mary Ogborn Kientzy said.

Grandmother Leslie Dennison, 64, was on the boat with her 12-year-old granddaughter Alicia.

Her son Todd said on Thursday his daughter, who is recovering in hospital, said she could feel Leslie pushing her up as the boat filled with water.

‘She said her grandmother saved her,’ he told the paper. Leslie is being mourned as a ‘true hero’. 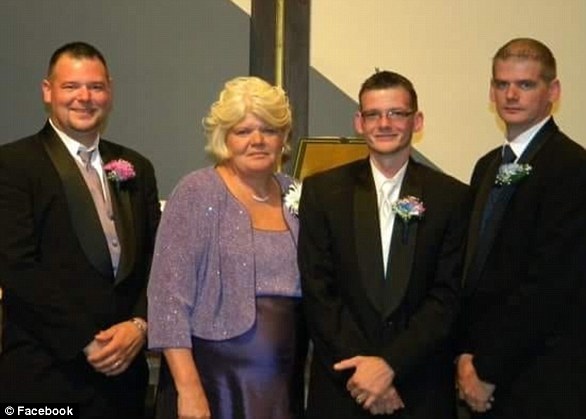 Leslie Dennison (second from left) died saving her 12-year-old granddaughter Alicia. She is being mourned as a hero

Robert ‘Bob’ Williams, 73, was driving the boat when it went down in Table Rock Lake.

Williams worked for Ride the Ducks, the boat tour company which owned the vessel, but had previously worked as a pastor.

Friends and family paid tribute to him on Friday as a God-fearing family man. 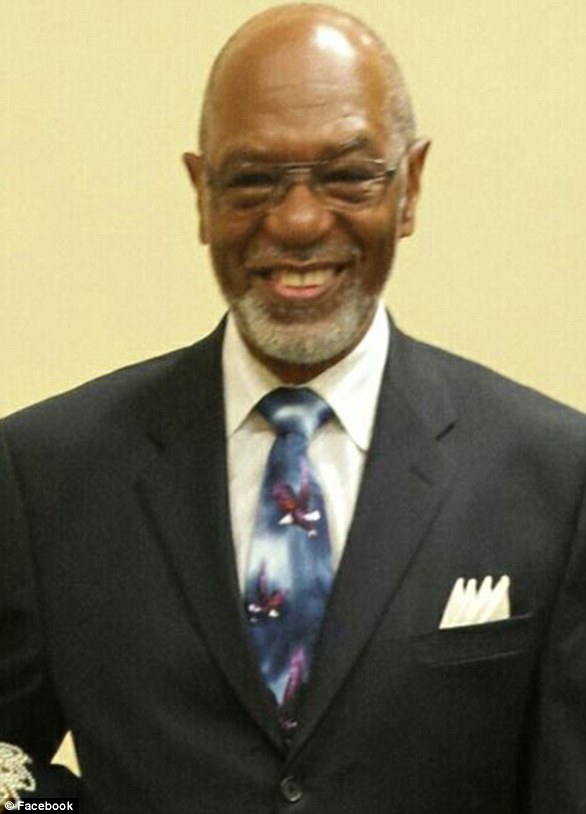 Pictured: Robert ‘Bob’ Williams, who was driving the boat when it went down

William and Janice Bright, aged 65 and 63, had been in Branson celebrating their 45th wedding anniversary on Thursday.

The couple have three daughters and 16 grandchildren – their 17th was on the way. 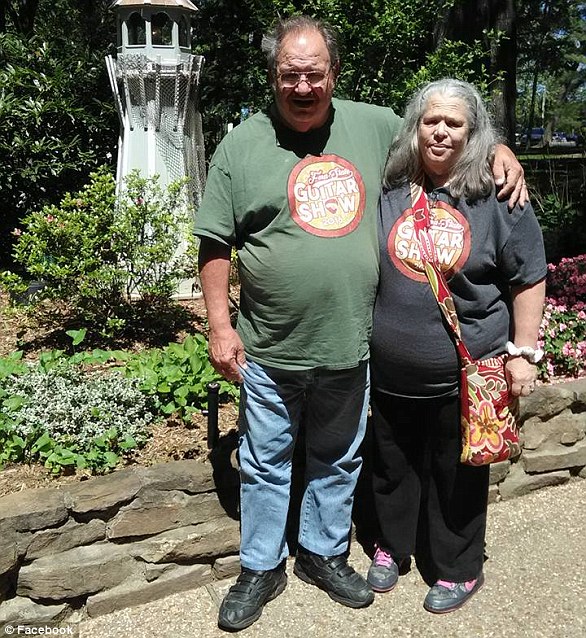 William and Janice Bright, 65 and 64, were among the 17 people killed in the duck boat tragedy. The couple were on holiday celebrating their 45th wedding anniversary when they lost their lives on Thursday