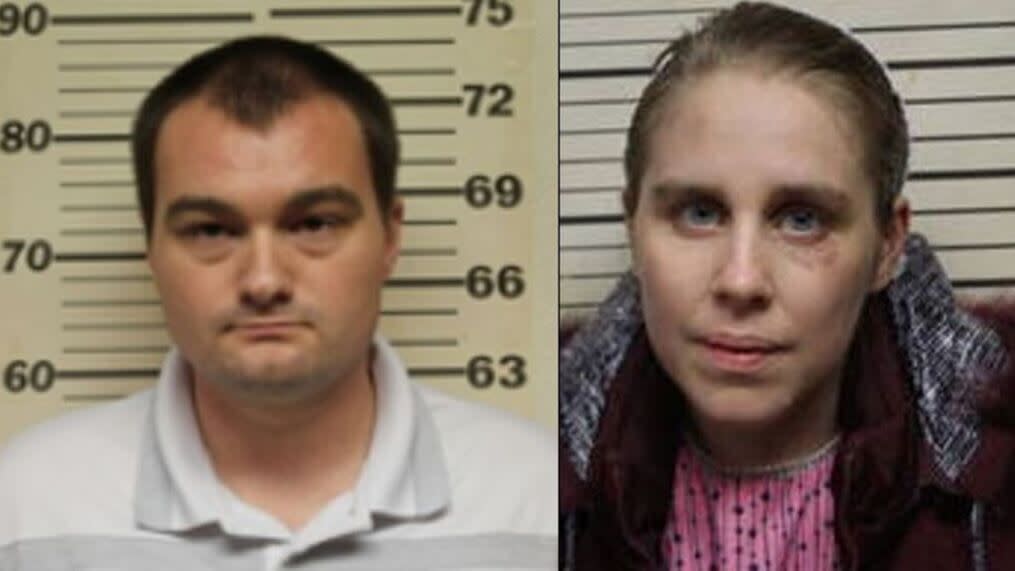 Warning: This report has graphic descriptions of violence

The parents who allegedly looked on as their 4-year-old daughter was fatally beaten and dunked in icy water by neighbors bent on removing a perceived “demon” have been denied permission to attend the child’s funeral.

Mary Mast, 29, and James Mast, 28, of Lincoln, Missouri, pleaded not guilty to child-endangerment charges on Monday related to allegations that they allowed their neighbors to conduct a “religious-type event” that resulted in the girl’s death, according to local media reports. The couple’s newborn and 2-year-old son were placed into temporary foster care after the Masts were taken into custody, according to a news release by Benton County Sheriff Eric Knox.

Neighbors Ethan Mast, 35, (no relation to the parents), and Kourtney Aumen, 21, were charged with second-degree murder, three counts of first-degree assault, and sexual abuse for the child’s death last week. Both families are members of the same church, which has not been identified. None of the accused have lawyers, according to media reports.

Officials said Ethan Mast and Aumen told investigators that they used a leather belt and a wooden spoon to beat the child and her toddler brother in order to remove “the demon” before taking her to a nearby pond on a day that temperatures were barely above freezing.

Authorities say James Mast told investigators that the beatings had gone on for around two weeks and that they had been forced to perform “sexual acts” on their 4-year-old with a “foreign object” or they would be beaten or “go to hell.” They say Ethan Mast and Aumen watched them on surveillance cameras inside the home but turned them off when they came over to beat the family they deemed “possessed.” Ethan Mast and Aumen deny the charges and say the videotapes of the couple beating their own children prove their innocence.

According to court documents obtained by KRCG, Mary Mast said she also dunked her daughter in the icy pond in an attempt to get rid of her supposed demons after she had been convinced that she, too, was possessed and that her 4-year-old had essentially inherited the devil from her. When asked why she allowed this to happen, Mary Mast told investigators, “This has been a huge God thing that they convinced us of.”

Both individuals are being held without bond until a Jan. 5 bond hearing, the sheriff says.

Benton County Sergeant Chris Wilson investigated the scene and wrote in the probable cause statement that he asked the girl’s father “how he could let people do this to his family and he stated that they were told his wife had a ‘demon’ inside her and her children would end up just like her if it was not taken care of.”

The sheriff cautioned that the church did not condone the events leading to the child’s death. “I have received many letters, calls, and emails of concern regarding this child’s death and the surrounding circumstances to be the actions of a cult,” the sheriff wrote in the news release. “During interviews with investigators and the media, there have been some references to God and demons… The investigation done so far indicates that this is an isolated incident, NOT the actions of a cult.”

The dead child was found covered with dark purple bruises and ruptured blisters inside the parental home on Dec. 20, though it is unclear when the child died. The child’s parents and her 2-year-old sibling were also beaten by the neighbors and told police that they were told they would be shot if they tried to intervene.

Read more at The Daily Beast.

Get our top stories in your inbox every day. Sign up now!

Daily Beast Membership: Beast Inside goes deeper on the stories that matter to you. Learn more.