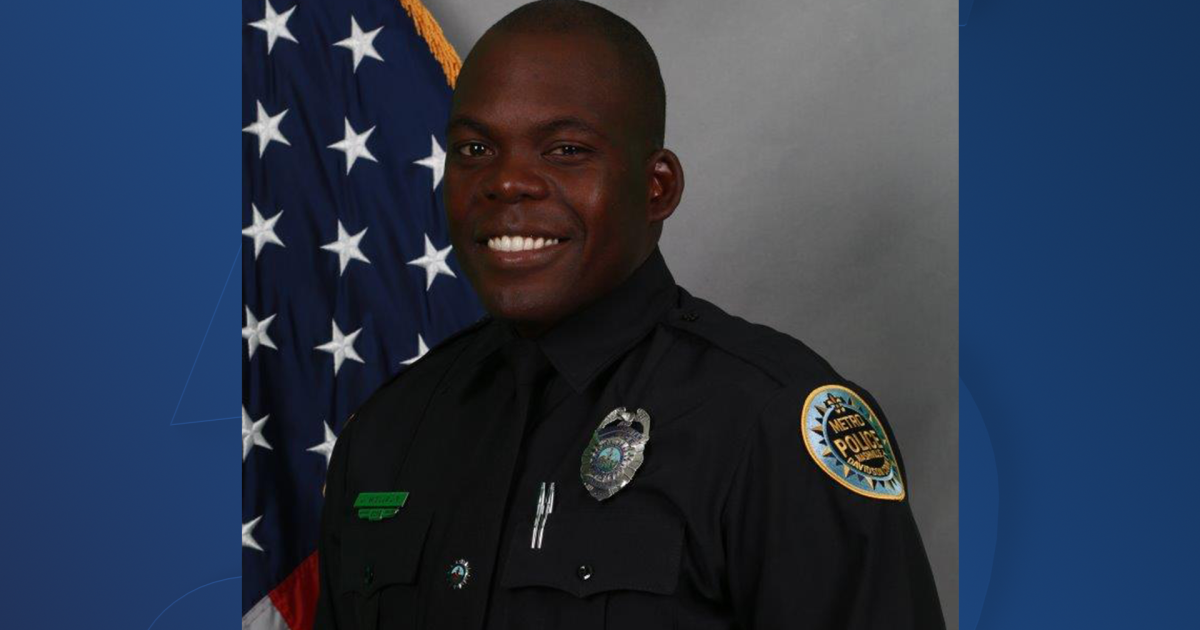 NASHVILLE, Tenn. (WTVF) — Thanks to the actions of six officers with the Metro Nashville Police Department, the Christmas morning bombing in downtown Nashville injured only a handful of people, none critically.

Officer James Wells heard the call from Officer Tyler Luellen saying he needed everyone on Second Avenue immediately. “And just by the tone of his voice, I knew he was serious,” Wells said. “He said it was a possible bomb situation.

Wells, sitting next to officer Amanda Topping at the time, said they got over there as quick as they could, pulling directly in front of an RV, unaware that it would soon be the cause of a massive explosion.

“When we heard the announcement, Topping was like ‘is that the vehicle in question?’ And Luellen said yes, so we immediately hopped into our cars and backed out, “Wells said.

Initially, Wells and Topping helped set up a perimeter to shut down the area, but when Leuellen came over the radio asking for more help evacuating buildings, Wells joined in. “At this point is when I heard ‘you have 14 minutes to evacuate the area,’ and at that point is when I started to prepare my mind for secondary things to happen,” Wells recounted.

“I actually told everybody when we come out, we should look at the high ground and parking garages just in case. It felt like maybe an active shooter might’ve… because at that moment it felt real and it felt like there was going to be some secondary activity so every time we came out the building, we made sure we were looking around and checking high areas just making sure.”

“We hear three minutes as we were coming out of the building and at that point I told them I was going to go back to my car and get my heavy plates, just mentally getting prepared for whatever was about to happen,” Wells added. “But instead of me putting my heavy plates on, Luellen said Sergeant [Timothy Miller] wanted me to pull my car back into the intersection at first, so I pulled my car back in between the building, to get out of the blast radius.”

“At that point, I get out, and I’m starting to go back toward Luellen and Hosey and I’m turning to walk toward them I’m turning back toward the RV — and this might not be politically correct but it’s my truth – I literally heard God tell me to turn around and go check on Topping, who was by herself down on Broadway,” Wells said, before pausing to gather himself. “As I turn around — for me it felt like I only took three steps, then the music stops, and as I’m walking back toward Topping, I Just see orange. Then I heard a loud boom.”

“As I’m stumbling, because it rocked me that hard, I started stumbling, I told myself — stay on your feet, stay alive. And I just take out a full-out sprint and I’m running toward Topping to make sure that she’s OK and we kind of meet in the middle and grab each other. I’m telling her to get her gun out. Because like I said — I felt like there was — just a feeling that, just weird.”

“She’s telling me that they’re trying to reach me on the radio, I couldn’t hear. Just lost temporary hearing in my left ear. They get me to the paramedics and call my wife immediately to let her know before anything got out, to let her know that I was OK. They were trying to get me to go to the hospital, and I just didn’t want to be by myself at that moment. Didn’t want to leave them. And then I heard that there were three people that were injured so I told the paramedics to take care of them.”

“They didn’t think about their own lives,” MNPD police chief John Drake said of the six officers’ actions on Christmas morning. “They thought about the citizens of Nashville and protecting them.”

“They might not think they’re heroes because they go about this job each and every day, but they are our heroes, and they had a really heroic effort that morning.”