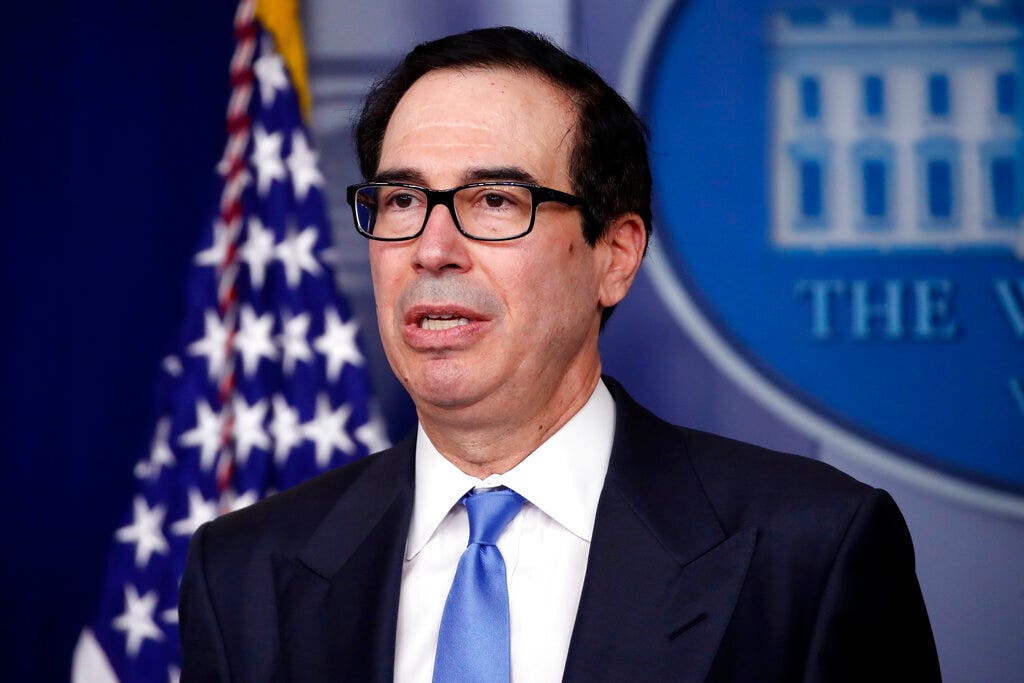 Treasury Secretary Steven Mnuchin defended Senate Republicans for their delay in crafting a new coronavirus stimulus package on Sunday, while pushing back against House Speaker Nancy Pelosi‘s accusation that the Trump administration is not trying to end the pandemic.

In an appearance on ABC’s “This Week,” Mnuchin explained that Republicans wanted to take a look at how the money already spent in previous packages has been used before pouring in more money.

“We’ve authorized over $3 trillion into the U.S. economy,” Mnuchin said. “This has never been done in the history of time.”

Mnuchin explained that care was needed in order to properly take into account the competing interests of helping the American public now and protecting them from an inflated debt in the future.

“We wanted to wait and see how the money was going to work, and we have to balance,” he said. “There’s obviously a need to support workers, support the economy, people who through no fault of their own are shut down because of this terrible disease. On the other hand, we have to be careful about not piling on enormous amounts of debt for future generations. So the president’s determined to spend what we need to spend, and we’re acting very quickly now.”

Mnuchin also addressed the issue of enhanced unemployment benefits, which expired at the end of July. Democrats want the next package to continue the $600 weekly payments, but Republicans are concerned that in some cases this results in people collecting more money than they earned from their jobs, disincentivizing them to return to work when possible. The Republican HEALS Act — which bears a $1 trillion price tag compared to $3 trillion for the Democratic HEROES Act — provides for $200 per week.

In the meantime, Republicans offered to continue the $600 payments for one more week while lawmakers negotiate, but Democrats, who proposed their bill in the House back in May, rejected this.

Mnuchin noted that President Trump is “very concerned” about unemployment benefits expiring, and said that he himself was “surprised” by the Democrats’ refusal.

“They are insistent on having this as part of a larger deal,” Mnuchin said.

Earlier, the secretary rejected Pelosi’s suggestion that the administration does not want to put an end to COVID-19.

“Well, first let me just say I was surprised the Speaker said we don’t agree on the need to kill the virus, we absolutely agree to kill the virus,” he said. Mnuchin cited the ban on travel into the U.S. from China, as well as government support for multiple potential vaccines.

“We have aggressively funded over seven different vaccines into production, we’re very optimistic that we will have results out of these vaccines and we’ll have a vaccine availlable by the end of the year. So we absolutely agree on the need to kill this.”