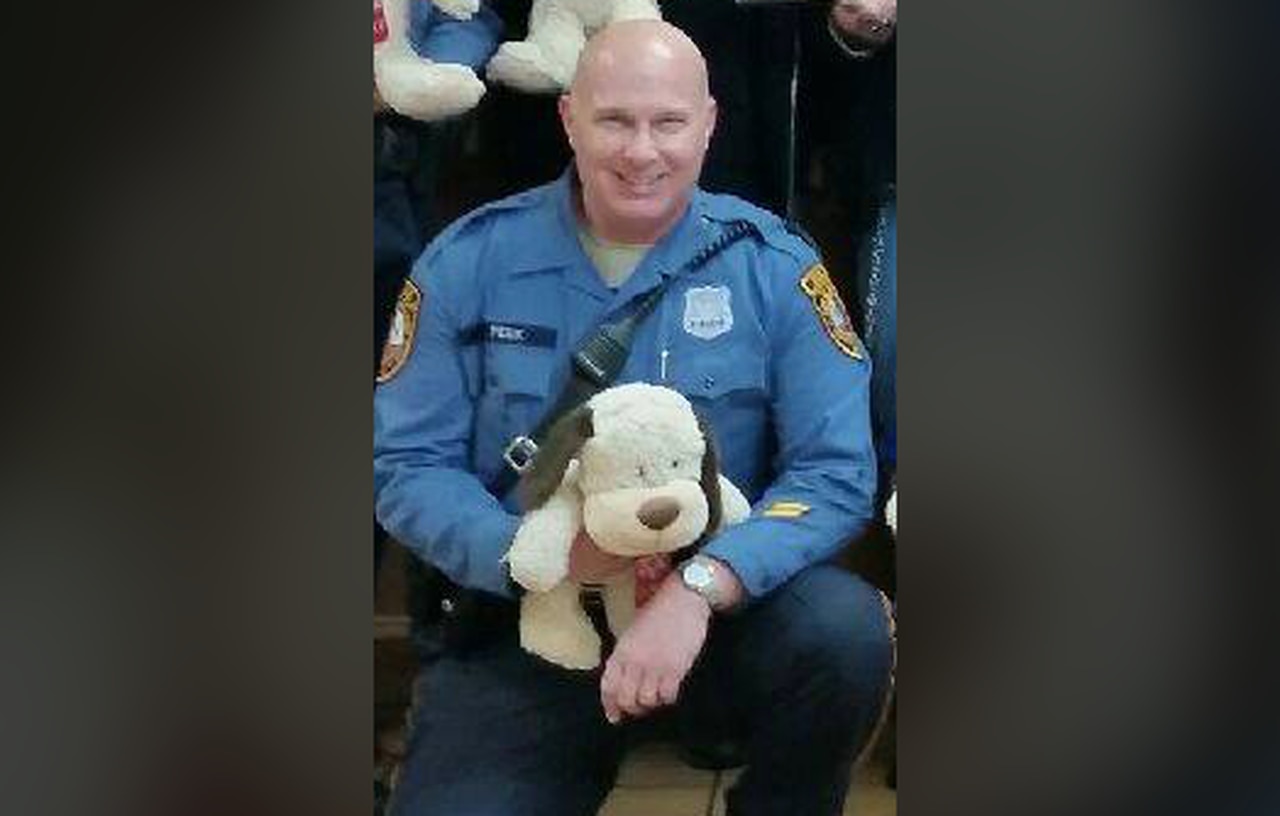 A Bridgeton Police Department officer died Sunday at home hours after he jumped into the Cohansey River in an attempt to rescue a suspect who went into the water during a chase, authorities said.

Sean Peek, 49, of Millville, was a 15-year veteran of the department, according to Police Chief Michael Gaimari, who said an official cause of death is pending an autopsy.

Peek, who was assigned to the patrol bureau and working the 7 p.m. to 7 a.m. shift over the weekend, was dispatched to the Bridgeton Fire Department’s EMT satellite station on Mayor Aitken Drive around 1:30 a.m. Sunday for a report of someone striking an ambulance with an unknown object as it was leaving the facility.

Peek spotted a woman running near the Washington Street bridge over the Cohansey River and saw her either fall or jump into the water, Gaimari said.

“Sean made a decision as would any officer and entered to water in attempt to pull the person from the running waters no matter what the circumstances,” the chief said in a statement.

The woman made it across the river, but Peek had a hard time returning to shore because he was still wearing all of his gear, the chief noted. Other responding officers assisted Peek, who was treated at the scene and taken to Inspira Health Center in Bridgeton for evaluation.

Peek was released from the hospital and sent home until he could be cleared to return to work, Gaimari said. Family members found him unresponsive at home later Sunday morning.

Other officers apprehended the woman, who was identified as Sarah Jeanne Davis, 29, of Canton, Connecticut. She was also evaluated at the medical center, then charged with burglarizing several city owned structures along Mayor Aitken Drive, including the fire department building. She allegedly broke windows and damaged equipment, causing more than a thousand dollars in damage.

She was jailed pending completion of the investigation.

Peek’s death has shaken his colleagues. He leaves behind a wife and child.

“We are naturally devastated here at the department,” Gaimari said. “Sean was a fine officer and a friend to all and always acted in an exemplary fashion when representing the department and the City of Bridgeton. He will be sorely missed and our hearts collectively go out to Megan and their 8-year-old daughter, Kate.”

Funeral services had not been announced as of Monday morning.

Matt Gray may be reached at [email protected].