Girls Aloud star Nadine Coyle might want to keep away from her TV screen this autumn because she has two exes competing on two major dance shows.

It was announced on Wednesday morning that her ex, American NFL star Jason Bell, 42, will compete in UK show, Strictly Come Dancing.

But hours later, Desperate Housewives star, Jesse Metcalfe, 41, was announced as a contestant on the version of the show, Dancing With The Stars. 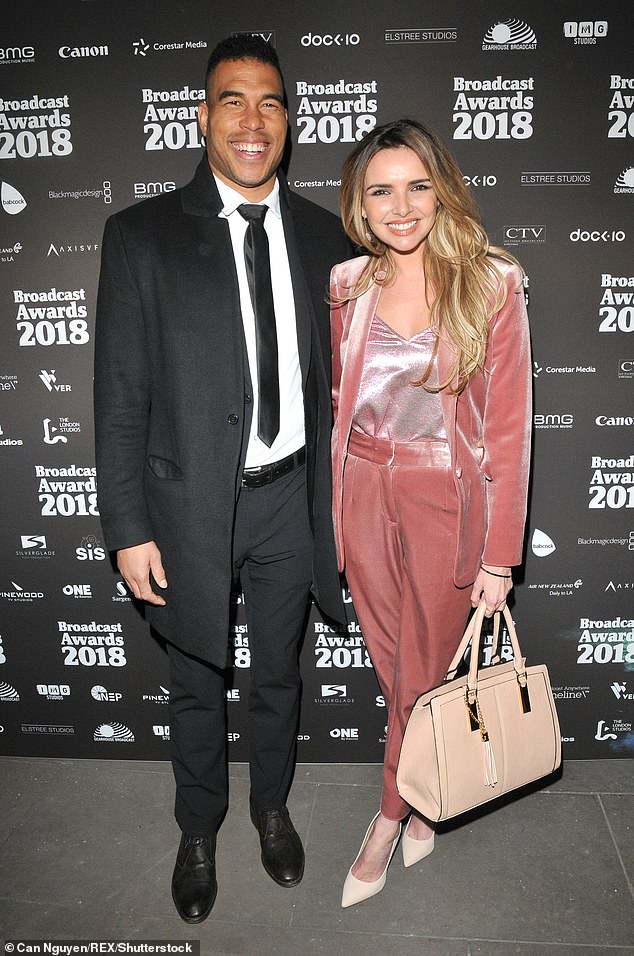 What are the c-c-chances? Nadine Coyle’s TWO exes Jason Bell (pictured in 2018) and Jesse Metcalfe are BOTH revealed to be competing in Strictly and DWTS

Nadine, 35, herself has never appeared on Strictly, opting to go on rival ITV show, I’m A Celebrity in 2019, coming in fifth place.

The Irish singer is still on very friendly terms with her ex-fiancé Jason who she dated for 11 years. The couple are parents to daughter Anaíya, six.

The couple met when Nadine was living in Los Angeles and running her own Irish bar in Sunset Beach called Nadine’s Irish Mist. 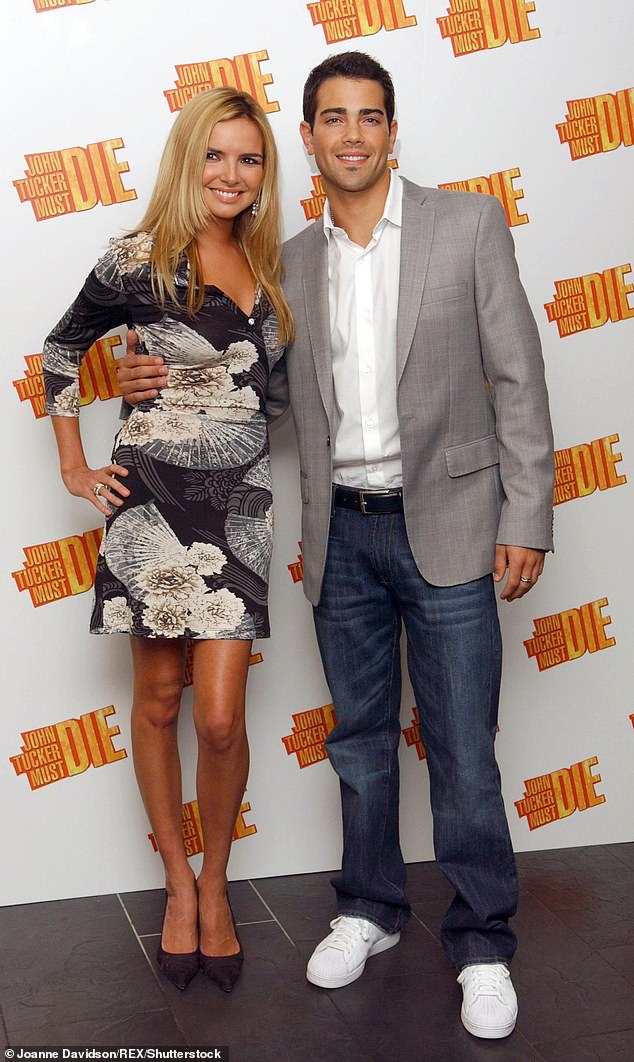 All over: Nadine also dated Jesse in 2006 for about a year and he even got a tattoo of the brunette beauty inked on his shoulder, (pictured in 2006)

Nadine previously told The Sun: ‘I got with Jason when I was 23 and [got] engaged, and I suddenly thought: “Hang on. I can’t get married, I’m only 25!”

‘I needed to take a wee bit of time out. So I moved to New York.”

But they later got back together and Jason in proposed once more in 2014 shortly after their daughter was born, but it was not meant to be.

Nadine later told The Sun: ‘A baby adds more stress to a relationship – you’re up all night and it really is a test. Everything changes. 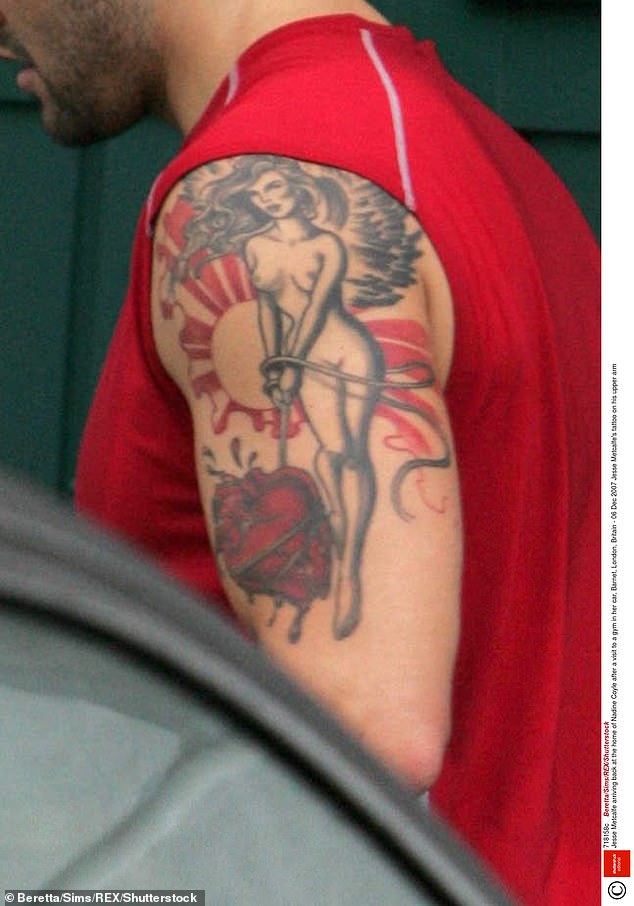 ‘You can’t just go for lunch or dinner or a drink. That goes out the window, and you’re dealing with the serious stuff.’

Meanwhile, Jason has said that his daughter couldn’t wait to see him on the dancefloor.

He said: ‘Strictly is the epitome of British television and this year, more than ever, I’m so proud and humbled to be participating.

‘Strictly was the first show I ever watched when I moved to the UK and I’m a massive fan.

‘My six-year-old daughter never got the chance to see me run out on the field at an NFL game but she is very excited about me taking to the dance floor. I hope I can do her proud.’

Nadine also dated Jesse in 2006 for about a year and he even got a tattoo of the brunette beauty inked on his shoulder.

He said on an episode of LA Ink: ‘I had the idea of a female angel lassoing a human heart to my heart.

‘It’s not that I’m not over the break-up, it’s just that I really wanted to remember what it felt like to be in that relationship so that I never really go there again.’