The National Trust has been forced to remove a page from its website alleging a stately home was linked to slavery after experts complained it was inaccurate.

It created the ‘Ham House’s Links to Empire and Slavery’ page six weeks ago in the wake of Black Lives Matter protests.

But it emerged yesterday that the page had been taken down for ‘formal review’.

The Trust faces questions about the quality of its research ahead of publication of a gazetteer next week in which it is expected to claim up to 100 of its 300 or so properties had slave links. 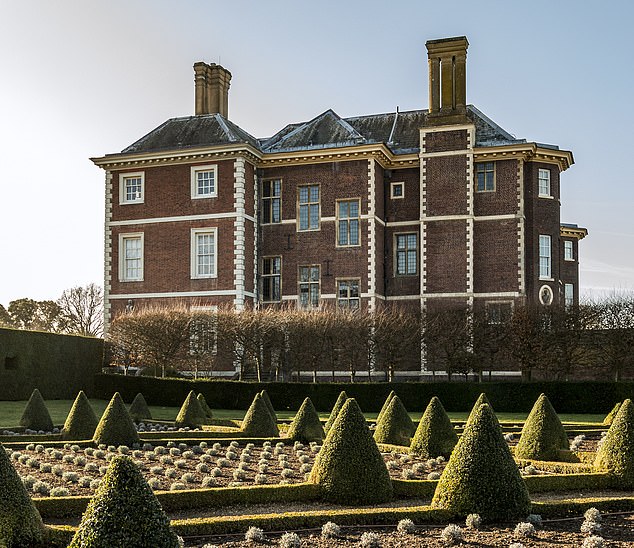 The Ham House page claimed the 17th century home in south-west London was once owned by a family ‘who supported and endorsed Britain’s role in slave-trading’. But experts say links to the slave trade are ‘very tenuous’.

Tony Adler, a retired history lecturer and expert on Ham House, where he has volunteered for ten years, said: ‘It’s just surmising and guilt by association. The Trust is becoming too political and is losing its way. It’s a witch hunt of properties. What it really needs is a neutral historian to make sure details are historically correct.’

He was baffled by the inclusion on the web page of Sir Lionel Tollemache, whom he said had no links to the slave trade.

Sir Lionel married Elizabeth Murray, who inherited Ham House in 1655. The Trust is expected to claim in its gazetteer that he signed a charter granting a British monopoly on transporting slaves from Africa to the Americas.

But Mr Adler said the only organisation authorised to trade in slaves during Sir Lionel’s lifetime was the Royal Adventurers, and that their charter of 1663 does not feature the name Tollemache. 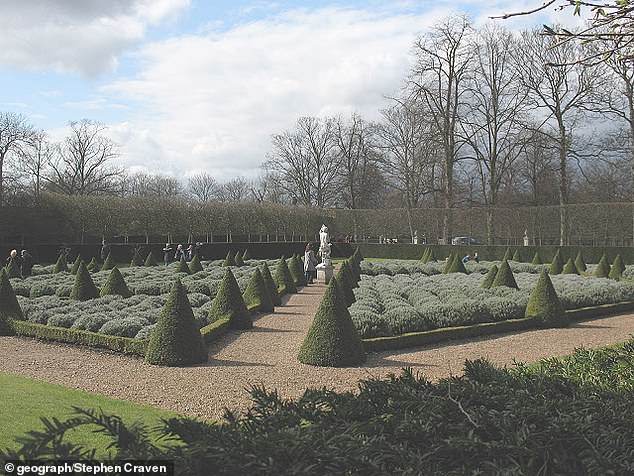 The Ham House page claimed the 17th century home in south-west London was once owned by a family ‘who supported and endorsed Britain’s role in slave-trading’. Pictured: The Cherry Garden at Ham House

The page also referred to John Maitland, Duke of Lauderdale, who married Elizabeth after Sir Lionel died. Although his signature is on the Royal Adventurers charter, Mr Adler said this was not a success and ceased operations long before Lauderdale had a connection with Ham House.

Another bone of contention is the page’s inclusion of Lady Grace Carteret. The Trust is expected to conclude next week that her family ‘brought more wealth’ tainted by slavery to Ham House. But Mr Adler says this link is also ‘very tenuous’, adding: ‘Once again, where is the evidence?’

Ham House was given to the Trust by Sir Lyonel Tollemache, 4th Baronet, in 1948. His family is said to be angry about its claims.

Harry Mount, author of How England Made The English, said: ‘This is entirely typical of the Trust’s woeful dumbing-down. They’ve jettisoned scholarship and become obsessively political.’

A Trust spokesman said: ‘The page was taken down when concerns were raised. We are grateful to the Tollemache family for helping clarify factual details.’