A Victorian woman has been jailed for setting her elderly neighbour’s house on fire while she was asleep inside.

The 36-year-old jumped Ms Siegers’ fence to start the blaze from her backyard, with the 84-year-old lucky to escape with her life.

Hay denied any involvement in the blaze and lied to investigators during her police interview after the fire. When asked if she had ever been in Ms Sieger’s backyard before, Hay said ‘no’, despite detectives finding her fingerprints on the Colorbond fence separating the two homes.

In video obtained by 9News, Hay claimed to have slept through the blaze in her house next door.

Judge Damian Murphy told Victoria’s County Court Hay was a serial arsonist who was responsible for four other suspicious fires on her street alone.

‘You have exposed an elderly lady to terrible danger and destroyed her lifetime memories,’ Judge Murphy said, as reported by ABC.

‘You are to be utterly condemned.’ 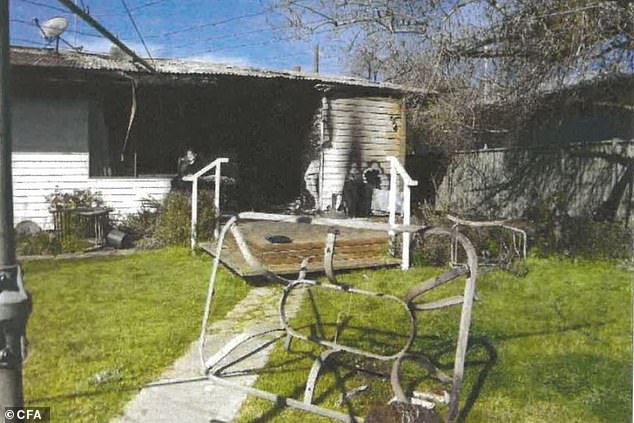 Ms Siegers suffers from a heart condition and had to be taken to hospital after the fire suffering from smoke inhalation.

In an impact statement, Ms Siegers said all of her possessions were destroyed in the blaze and her health has never recovered.

‘The stress of the night has taken its toll,’ she said.

Hay was found guilty of arson and reckless conduct endangering life and was sentenced to three years and nine months.

She will be eligible for parole in 2022. 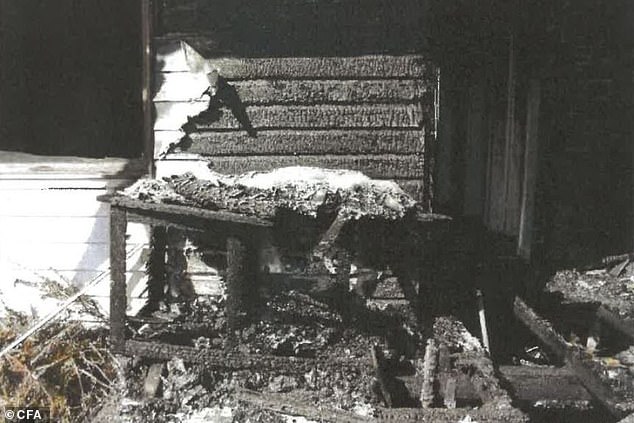 Hay has denied any involvement in the blaze which destroyed her neighbour’s home (pictured), claiming to have slept through it in her house next door