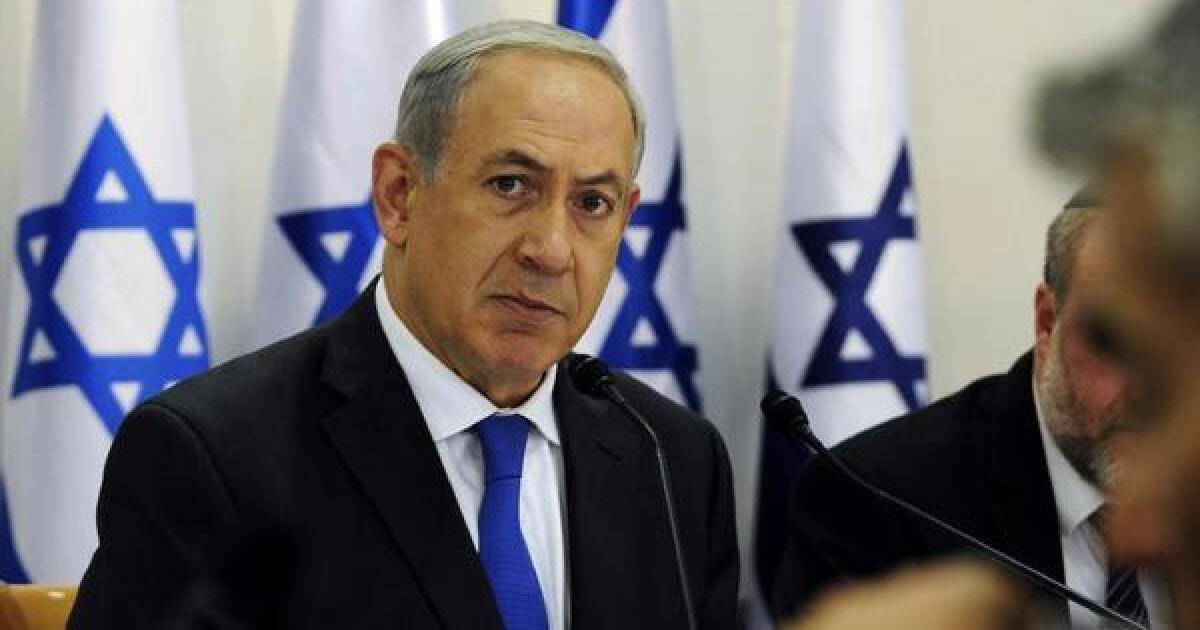 For the fourth time in two years, Israel is on an election footing, with exasperated voters girding themselves for a contest shaping up as another polarizing referendum on Benjamin Netanyahu, the country’s longest-serving leader and its only sitting prime minister ever to face criminal charges.

Pundits are already billing the March election as an “Only Bibi vs. Just Not Bibi” vote, in a reference to Netanyahu’s nickname. Like President Trump, whom he enthusiastically supports, Netanyahu inspires fierce devotion among his followers and near-hatred among his detractors.

But whether yet another trip for voters to the polls in March will bring greater stability to the country or a frustrating reiteration of its political deadlock remains to be seen.

“No one is promising there won’t be fifth elections,” political analyst Afif Abu Much warned.

Netanyahu, known as “the magician” for his seeming ability to pull unlikely victories out of hats, is entering the campaign confronted with obstacles that will challenge even his formidable political survival skills.

Israel’s economy has been hard hit by the COVID-19 pandemic, with the country entering its third national lockdown under Netanyahu’s watch Sunday amid a new surge in infections. His unprecedented trial on corruption charges, which began in May, is expected to enter a more sensational phase in February.

And he is now facing competition from a former ally, Gideon Saar, who resigned from Netanyahu’s Likud party earlier this month to form a new political party, New Hope, which aims to siphon off conservative voters weary of the political melodrama surrounding Netanyahu. Another rival, Naftali Bennett, a former defense minister who leads the right-wing Yamina party, has also gained traction.

Netanyahu’s fifth term in office lasted only seven months, with the new election automatically triggered by law after the government failed to present a 2020 budget by midnight Tuesday night. Lawmakers rejected Netanyahu’s plea to extend the budget deadline by a week, leading to the coalition government’s collapse.

“This time, for the first time, Netanyahu did not declare elections,” said Abu Much, who writes political commentary for Yediot Ahronot, a popular tabloid, and the website Al-Monitor. “He was dragged against his will to this election.”

But in a snap poll, almost half of Israelis blame Netanyahu for forcing them to endure another election yet again, with about 18% of respondents holding Benny Gantz, Netanyahu’s centrist coalition partner, responsible.

The two men’s alliance in government has been an awkward and fractious one, struck after an election in March gave neither man a workable parliamentary majority without the other. That election was Israel’s third within a year.

At the moment, voters appear ready to punish both Netanyahu and Gantz, although plenty is likely to change between now and election day March 23.

Netanyahu’s right-wing Likud party currently holds 32 out of 120 seats in the Knesset, Israel’s parliament. If the snap polls conducted after the government’s collapse hold, the party would win fewer than 30 in March.

The outlook is even worse for Gantz, a political neophyte who campaigned throughout 2019 and 2020 as the anti-Netanyahu champion of clean government before flipping, in April, to join forces with the man he was trying to unseat. Gantz now appears headed toward political near-oblivion, with polls showing his Blue and White party sinking to about five Knesset seats.

In his usual style, Netanyahu is projecting confidence. He attributed the ruling coalition’s failure to Gantz’s reliance on “a dictatorship of left-wing bureaucrats” and, in a Trump-like touch, predicted: “We will win huge!”

Many Israelis believe that Netanyahu’s overriding goal is to assemble a parliamentary supermajority that he hopes will freeze, or even annul, the criminal proceedings underway against him — a prospect dismissed as impossible by most legal experts.

Netanyahu failed in his bid to obtain parliamentary immunity from prosecution in January, weeks after Atty. Gen. Avichai Mandelblit indicted him on charges of bribery, fraud and breach of trust. The opening of his trial in May was a media spectacle, with Netanyahu declaring himself on the courthouse steps to be the victim of a coup attempt by deep-state judiciary officials and “the left-wing media.”

The trial’s evidentiary phase — with several of Netanyahu’s former associates expected to testify against him — is scheduled to start in February, while the election campaign is in full swing.

“Putting aside all the political noise, the reason we’re heading to an election is that Netanyahu refused to pass a budget as required by law and honor political agreements so [that] he can remain in power for the duration of his trial,” said Yohanan Plesner, president of the Israel Democracy Institute, a nonpartisan think tank. “Israel’s ongoing political crisis will continue as long as Netanyahu remains prime minister and a government cannot be formed without him.”

For all the problems plaguing him, 39% of Israelis named Netanyahu as the best choice for prime minister in a survey by a local TV network last week.

But in a sign of trouble for the premier, almost the same proportion — 36% — chose Likud breakaway politician Saar, a former interior and education minister. Three other coalition members have resigned to join Saar, including Zeev Elkin, a former Netanyahu protégé, who accused his onetime mentor of “holding Israel hostage” to his legal troubles.

Moreover, Netanyahu is about to lose another big ally: Trump. With the lame-duck president due to vacate the White House on Jan. 20, Netanyahu will no longer be able to tout a close ongoing relationship with Trump as a selling point.

Trump regularly bestowed political gifts on Netanyahu that were timed to give him a campaign boost, never more dramatically than in March 2019, when Washington recognized Israeli sovereignty over the long-disputed Golan Heights days before a general election. In other victories for Netanyahu, Trump withdrew the U.S. from the Iran nuclear deal, moved the U.S. Embassy in Israel from Tel Aviv to Jerusalem and helped facilitate the normalization of ties between Israel and the United Arab Emirates, Bahrain, Sudan and Morocco.

What kind of relationship Netanyahu will establish with President-elect Joe Biden remains to be seen.

The Israeli leader reminded Biden in a tweet that the two have “had a long & warm personal relationship for nearly 40 years,” but Netanyahu avoided calling Biden “president-elect” for weeks and continues to feature a picture of himself with Trump on his Twitter profile.

Political analyst Tal Schneider does not expect Netanyahu to stop talking about his bond with Trump, even after the latter leaves the White House.

“He’ll absolutely keep using his connection to Trump as a campaign argument,” she said, “and he’ll say that it was his personal connections around the world that secured the normalization accords.”

For now, Israelis are preoccupied with issues closer to home as they reel from the economic repercussions of a series of coronavirus lockdowns with no end in sight. Netanyahu hopes that a mass-vaccination campaign — he was the first Israeli to be inoculated, on live television — will help tame the pandemic.

Netanyahu and Gantz will now serve as caretaker co-prime ministers until the March election. If the vote produces another stalemate, coalition wrangling could mean that the unhappy pair continues to govern Israel for months more.

“We may be stuck in the same place,” Abu Much said.

“Paralysis” is how Plesner describes it — and it’s a situation that’s likely to persist, he said, until Israeli voters, and not their squabbling politicians, make a definitive choice.