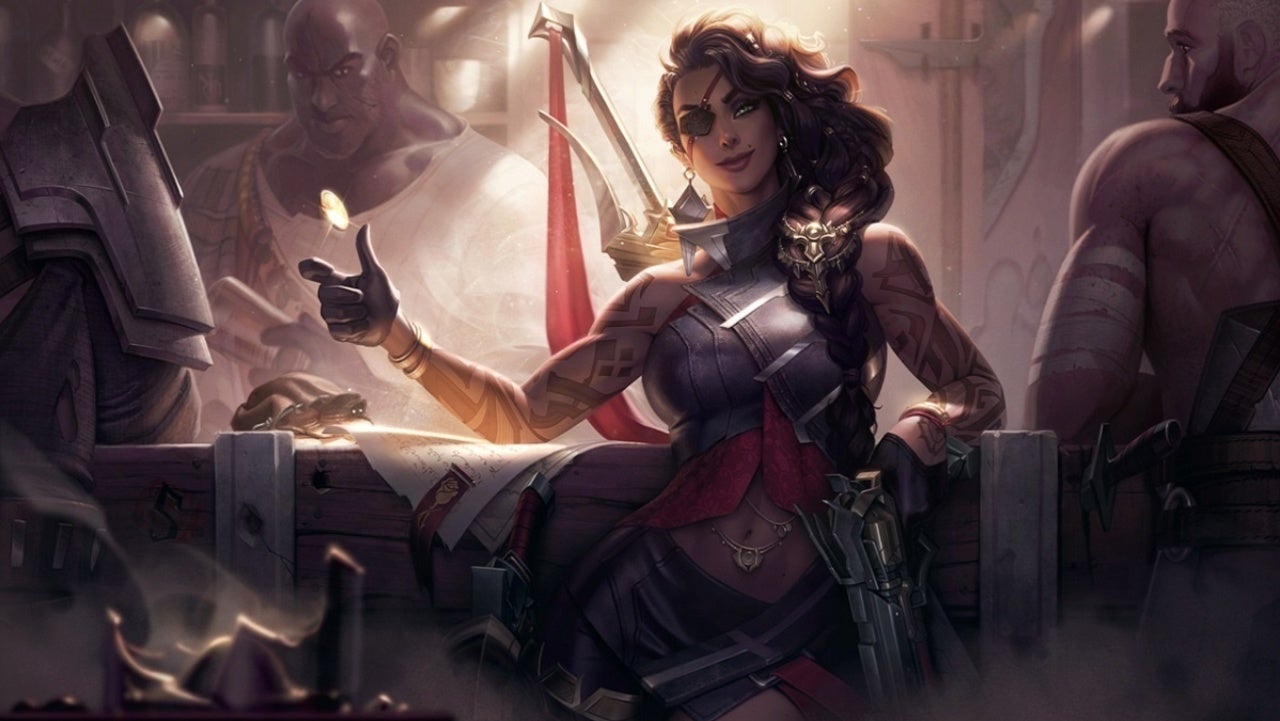 Riot Games has already shown League of Legends players what the new champion Samira can do, but one of her most impressive abilities didn’t make it into the breakdown of her moves. Her taunt allows her to not only do damage to an enemy but also allows her to actually give one gold to the other player as well. Riot Games developers who worked on Samira confirmed this is how Samira’s taunt will work and even showed off what the animation looks like when it’s used.

Riot Reav3 first discussed the champion’s taunt in a post on Reddit where players were discussing the new champion’s abilities. The Lead Champion Designer said Samira roots herself when taunting and flicks a coin at an enemy that deals one damage.

“One thing that’s unique to Samira but not shown here is here taunt,” Riot Reav3 said. “Her taunt is actually a skill shot that cost one gold to use. She roots herself and flicks a coin that does 1 damage to anything it hits. It also counts as a unique source of damage for her style passive.”

Expanding on that ability, League of Legends Game Analyst Riot Blizz said on Twitter the taunt was inspired by Luigi’s taunt from the Smash Bros. games. Riot Blizz continued to say that not only does the ability deal damage, it also gives one piece of gold to an enemy it hits. It auto-locks onto champions’ dead bodies, so after you take down someone with Samira’s flurry of abilities, you can toss a piece of gold to them for their troubles.

i forgot to mention the best part of this ability! not only does it actually GIVE one gold to your enemy when you land it, but it also AUTO AIMS onto dead bodies and, while it cant do 1 damage, it does give them the 1 gold.

For those who noticed that the Rift Scuttler had a shield in the clip, don’t get your hopes up about that feature being added. Riot Blizz clarified in a reply that the Scuttle shield has been in testing for a long time now and was meant to equal the resistances a Scuttle starts with before being CC’d and said that the feature was unlikely to ship.

Even without the unique taunt, Samira has a stacked kit that’ll see her flying around battles and dishing out tons of damage in all directions. We’ll see those abilities and her gold-giving, damage-dealing taunt in action in Patch 10.19 when Samira comes to live servers.