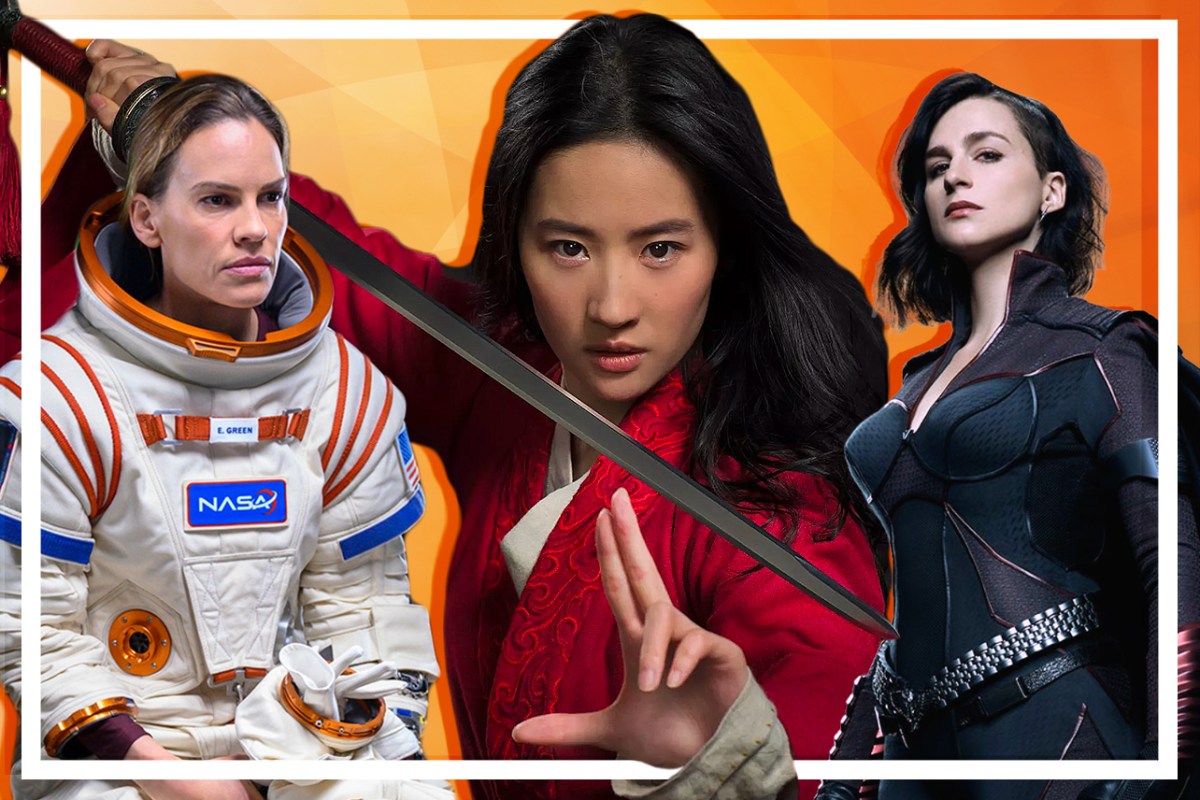 Happy first September Friday, everyone! A new month is here, and you know what that means: pumpkin spice latte season! Just kidding (we all know PSLs are vats of sugary hell); a new month means your favorite streaming platforms are ripe with new movies and shows to stream and discover. And it looks like the platforms are coming out with a bang, because the top shows and best movies streaming now seem endless. This weekend, you’ll have quite a hard time figuring out what to watch this weekend, but that is why we are here. Whether you’re perusing Netflix, Hulu, Amazon Prime, or all of the above, starting with the freshest titles is always the wisest move. Here are the new releases you can watch this weekend and where to stream them.

New Movies and Shows to Stream This Weekend: Away, The Boys Season 2, and Mulan

We are so excited to check out the new movies and shows to watch this weekend, so let’s start now. First up we must talk about the premiere of the live-action film Mulan on Disney+, which is definitely what to watch tonight. Despite the $30 premier access fee, it is a necessary cinematic experience to have with people of all ages. After you check out Mulan, pop on over to Netflix where the brand-new sci-fi series Away and Netflix film I’m Thinking of Ending Things are making their debuts. On Hulu you can catch the 2019 horror film Awoken, and, after much anticipation, Amazon Prime Video’s The Boys has finally returned with the first three episodes of Season 2! We could keep raving about the impressive titles new on streaming this weekend, but instead we will shut up and let you check them out below:

New on Netflix September 1: Away

Hilary Swank stars in Away, the science fiction drama new on Netflix today. Inspired by the ‘Esquire’ article of the same name, Away follows the journey of American astronaut Emma Green (Swank) who makes the tough decision to leave her husband and teenage daughter behind so she can command an international team on the first-ever mission to Mars. But as the unprecedented and treacherous journey into the unknown proceeds, interpersonal relationships both on and off the space craft become increasingly complex. A series about hope, humanity and sacrifice, Away is one of the top shows to watch this month on Netflix. Lucky for you, then, that it is available to watch now!

Stream Away on Netflix

The hit Amazon Prime Video series The Boys is officially back for another raucous season that somehow tops the insanity of the last! Season 2 of the (not-so) superhero series catches up with The Boys — now at the top of the America’s Most Wanted list. Determined to topple the corrupt corporate superhero entity Vought, the emotionally and physically devastated team (not to mention missing/exiled members!) are in need of a new leader. But who will it be? The Boys season 2 does a wonderful job expanding on the footprint the first season left, providing us all with bawd, gore and all-around great fun. For our full review of the first three episodes of the season new on Amazon Prime Video this weekend, click here.

It is finally here! After months of anticipation, the live action remake of Mulan is new on Disney+ this weekend. Like its animated predecessor, this action drama tells the story of Hua Mulan, a young Chinese girl who masquerades as a boy and joins the Imperial Army to protect her ailing war hero of a father. But that is where the similarities end. This Niki Caro masterpiece honors the ancient story and focuses less on talking dragons and more on honor, bravery and inner-strength through its masterful storytelling, gifted cast and cinematography that deserved more than anything to be appreciated on the big screen. Based on Decider Anna Menta’s review, it is entirely worth the $30 premium fee!

Full List of New Movies and Shows on Streaming This Weekend

The options above only scratch the surface, so you know that this weekend’s full lineup will have amazing options for what to watch this weekend! For the full breakdown of the best movies and shows to stream now, or if you’re still undecided on what to stream this weekend, then check out the complete list below: