A newborn baby found wrapped in a plastic bag with stab wounds and a rusty knife protruding from her back has survived after undergoing emergency treatment.

The injured infant was found by a passerby on Costanera Oeste Avenue in the city of Posadas in the north-eastern Argentine province of Misiones.

Gym instructor Diego Sebastian Penayo, 31, found the baby wrapped in a blue and pink blanket and placed inside a black plastic bag. 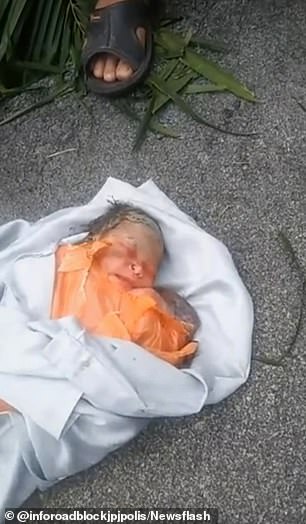 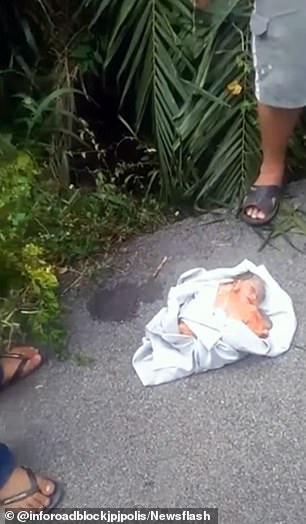 The infant had a knife sticking in her back but still displayed vital signs and was crying when Penayo passed by.

He took the baby to a nearby police station and she was later transferred to the Paediatric Hospital Dr. Fernando Barreyro for treatment.

Hospital doctors estimated that the baby was no older than two days and had multiple knife wounds on her body. 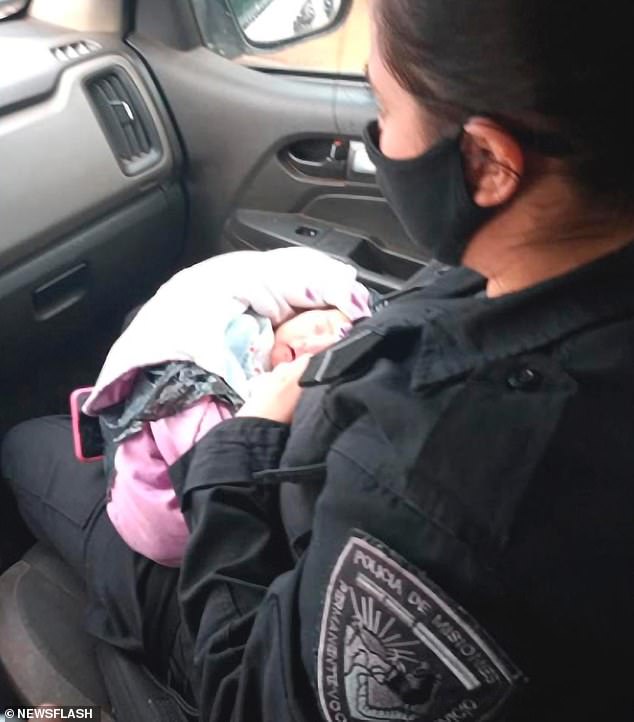 The baby was taken to a nearby police station and she was later transferred to the Paediatric Hospital Dr. Fernando Barreyro for treatment

News site Clarin said the rusty blade was still protruding from the tot’s back.

Police reportedly identified the baby’s mother and have arrested her.

Police told Clarin that the unnamed woman ‘gave birth and left Hospital Dr. Ramon Madariaga Treble to go to a nearby street, where she abandoned the newborn girl’.

David Halac, a spokesperson for Hospital Dr. Fernando Barreyro, told the newspaper Cronica that the baby had a rusty knife made by the company Tramontina in her back along with several other injuries caused by the same blade. 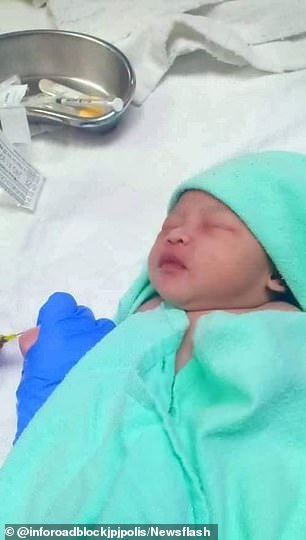 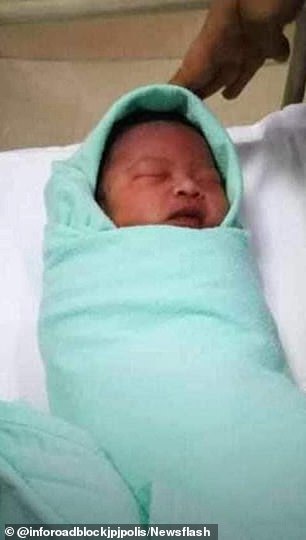 Hospital workers have decided to call the baby Esperanza, meaning ‘hope’. She is currently in a stable condition

He added: ‘The baby is currently stable and we believe that she will survive.’

Halac said the stab wounds were mostly superficial and had not damaged any organs.

It is unclear whether the detained mother has been charged yet.