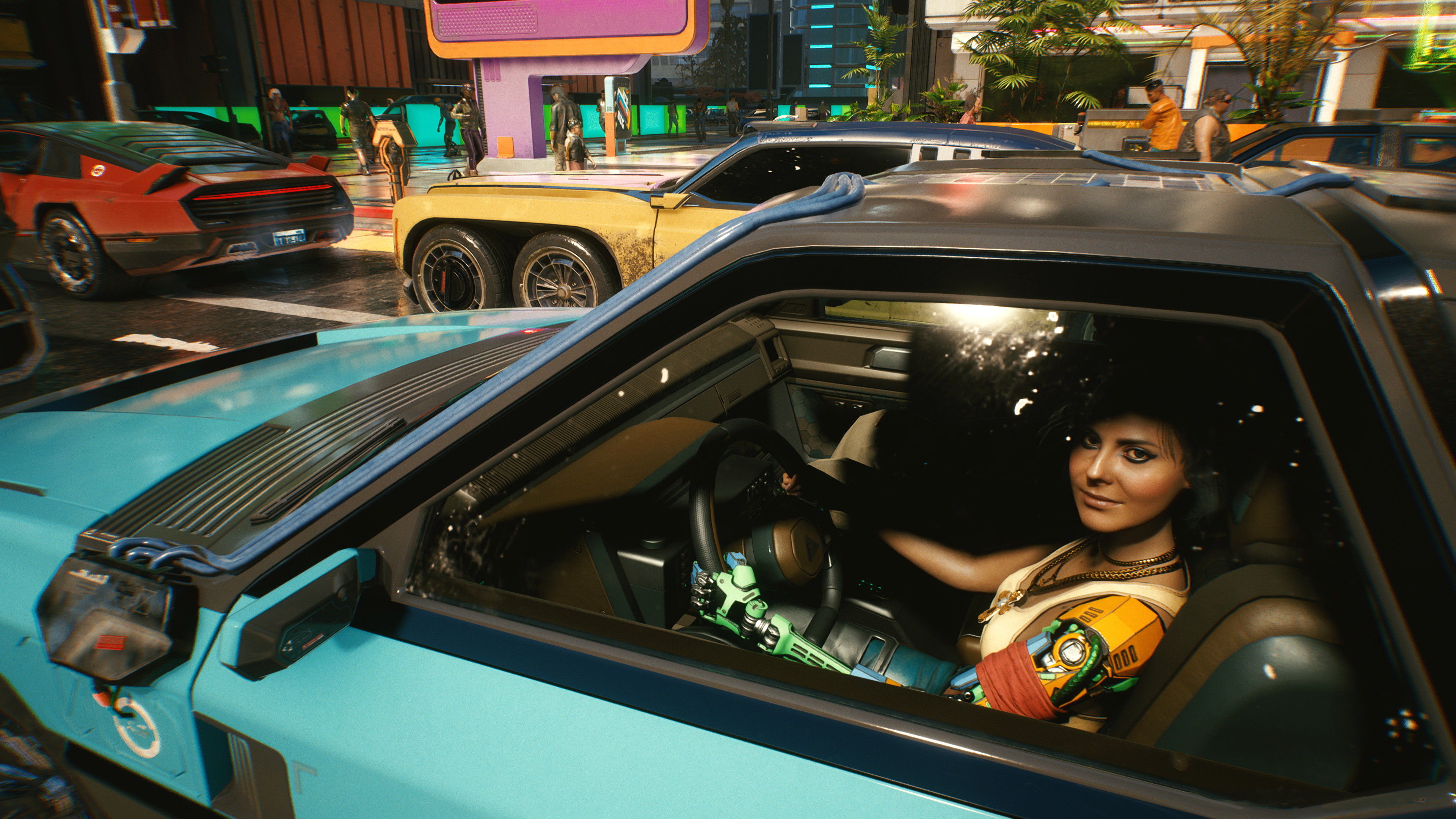 Cyberpunk 2077 may be a demanding next-gen game, but it’s not going to be as big as Call of Duty: Warzone.

During the big Nvidia RTX 3000 series GPU reveal event, the company showed a slide featuring a Cyberpunk 2077 screenshot as an example of a dense next-gen game that requires fast read/write speeds on SSDs.

The shot was accompanied by the reveal of a new Nvidia technology called RTX IO, which works with Microsoft’s DirectStorage API to enable the GPU to handle some of the game loading and asset decompression. The tech is designed for NVMe SSDs mostly, taking cues from Microsoft’s own work with Xbox Series X.

Unfortunately, some took the 200GB thing quite literally, thinking that Cyberpunk 2077 is a 200GB-game, whereas Nvidia was just using a Cyberpunk 2077 screenshot as an example of a demanding next-gen game.

Nonetheless, it got enough traction that CD Projekt Red community lead Marcin Momot had to clarify that Cyberpunk 2077 will not, in fact, take up 200GB on your PC drive. Momot said the game will be about as big as modern titles.

More detailed PC specs, according to Momot, are coming soon.

While the @CyberpunkGame system requirements are not out yet (they are coming soon, though!), I wanted to address this topic from reddit. The game won’t take up 200GB when installed. You can expect the required HDD space to be on par with other modern titles. pic.twitter.com/tRigjPWLfC

Cyberpunk 2077, of course, is one of several flagship titles making use of ray tracing and DLSS on PC. Nvidia debuted a new trailer supposedly captured at max settings, with ray tracing, to demonstrate the power of RTX 3000 GPUs.