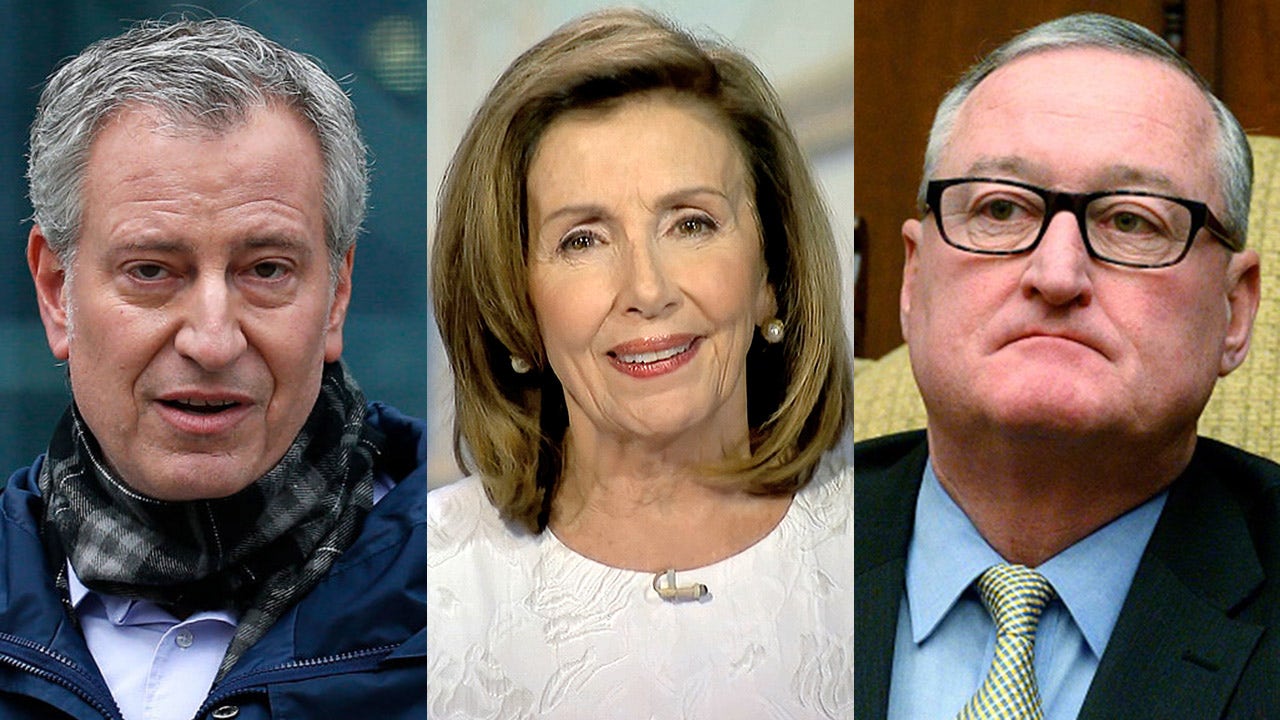 Democratic leaders have been pushing to maintain strict precautions as the coronavirus pandemic extends into late summer, but frustrations from the public have grown after seeing some of those same officials not abiding by those same standards.

House Speaker Nancy Pelosi‘s Monday trip to a San Francisco hair salon for indoor service – normally taboo due to local ordinances – is just the latest example of an incident that has drawn accusations of hypocrisy.

“It was a slap in the face that she went in, you know, that she feels that she can just go and get her stuff done while no one else can go in, and I can’t work,” salon owner Erica Kious told Fox News. Kious rents out chairs to stylists and was notified the night before of Pelosi’s appointment.

Salons in San Francisco were allowed to reopen for outdoor service Tuesday but not for indoors. Kious said her business – which features color treatment – cannot provide outdoor service due to the chemicals involved

Pelosi spokesman Drew Hammill maintained that the speaker was following the rules as presented to her.

“The Speaker always wears a mask and complies with local COVID requirements. This business offered for the Speaker to come in on Monday and told her they were allowed by the city to have one customer at a time in the business. The Speaker complied with the rules as presented to her by this establishment,” he said.

Kious said Pelosi received a wash and a blow-dry but told Fox News that “you’re not supposed to blow dry hair” according to coronavirus safety precautions for hair salons. Security footage also showed Pelosi without a mask over her mouth or nose.

President Trump highlighted the controversy in a Wednesday morning tweet that said Republicans “will almost certainly take back the House, and send Nancy packing!”

This week also saw Democratic Philadelphia Mayor Jim Kenney get called out for his own version of “do as I say, not as I do.” The mayor has imposed a restriction against indoor dining in his city but was spotted dining in a Maryland restaurant. A spokesperson for the mayor told USA Today that the eatery is located in Cecil County, which borders Pennsylvania.

Kenney admitted he did this in a tweet in which he said he understood why people were upset but did not apologize.

“I know some are upset that I dined indoors at a restaurant in Maryland yesterday,” Kenney tweeted Monday. “I felt the risk was low because the county I visited has had fewer than 800 COVID-19 cases, compared to over 33,000 cases in Philadelphia. Regardless, I understand the frustration.”

Restaurant owner Marc Vetri was among the frustrated, blasting Kenney on Instagram.

“I guess all your press briefings and your narrative of unsafe indoor dining don’t apply to you,” he said in a post. “Thank you for clearing it all up for us tonight.”

These recent events were far from the only incidents of Democratic leaders ignoring the rules. New York Gov. Andrew Cuomo has been a vocal proponent of masks and told WAMC radio in August that he should have required them earlier. Less than a month earlier, however, Cuomo was caught hugging Savannah, Ga., Mayor Van Johnson and speaking to Johnson in close range without a mask on.

During the height of the pandemic in April, when New Yorkers were told to stay at home except for essential travel, New York City Mayor Bill de Blasio was criticized for leaving his Manhattan residence to go for a stroll in Brooklyn’s Prospect Park.

“Seriously you guys have a park, you live in the middle of a park,” a man could be heard saying to De Blasio in a video of the incident, referring to the mayor’s residence of Gracie Mansion, which is already within the confines of another park in Manhattan.

“Come on guys, give it a break,” the mayor was heard saying in response to the criticism.