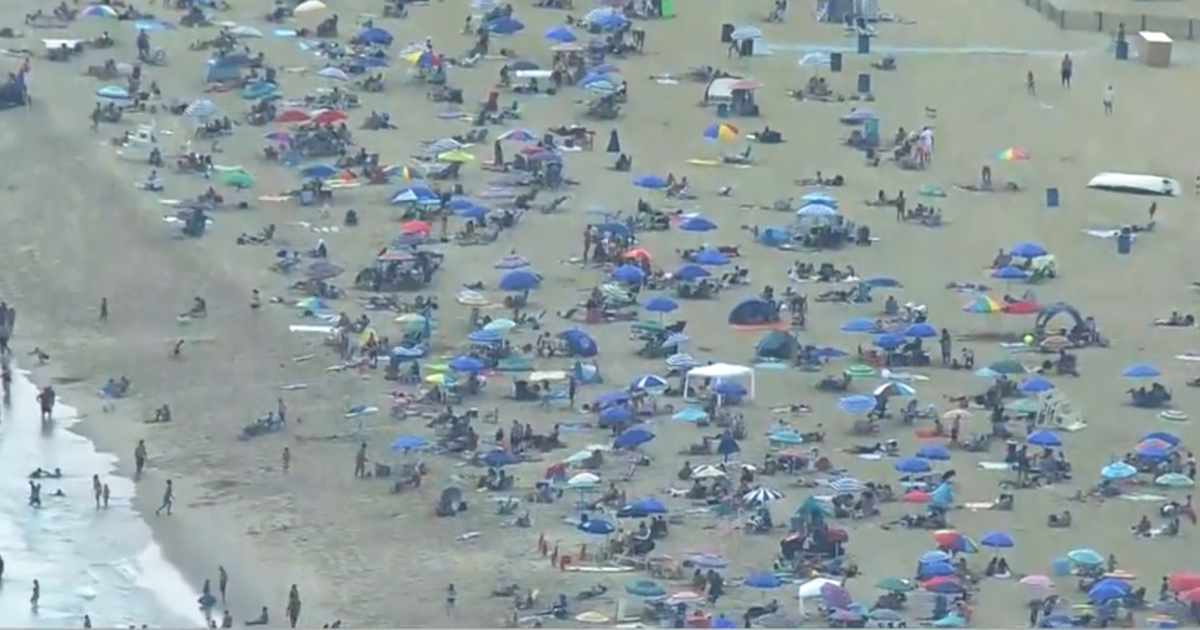 There are new warnings about the coronavirus this holiday weekend and the continued need for social distancing and the wearing of masks.

President Donald Trump and Dr. Anthony Fauci, the country’s top infectious disease expert, are encouraging Americans to be careful and use common sense with any of their social gatherings. And coast to coast, governors are warning people about the risks of not staying safe.

Health officials are concerned about a replay of what happened after the Fourth of July, when there was a 22% spike in the average number of new U.S. cases reported three weeks after that weekend, according to data from Johns Hopkins University.

On Friday, as Labor Day weekend was getting underway, there were signs on some beaches that social distancing might also take a holiday this weekend, Michael George reported for “CBS This Morning: Saturday.”

The governor of Louisiana reminded people on Friday that his state was hit hard after Memorial Day.

“As we move into Labor Day, I am asking every Louisianian and everyone who is in Louisiana for any reason: Please be mindful of the fact that our last surge started on Memorial Day weekend when people let their guard down,” said Governor John Bel Edwards.

Oregon Governor Kate Brown reminded everyone across the state “to make smart choices when it comes to COVID-19.”

“People forget that we are battling an invisible enemy and unfortunately some let their guard down during these times” said Georgia Governor Brian Kemp.

More than 50,000 new coronavirus cases were reported across the U.S. on Friday, pushing the total number of infections in the country to more than 6.2 million. The number of states reporting rising numbers of new cases jumped from eight, two weeks ago, to 27 today.

In much of Northern California, officials aren’t taking any chances. Many beaches there will be closed this weekend.

“People flouting the rules, but here’s the problem: When they flout these rules … their selfishness not only kills people, but their selfishness kills our economy,” said David Canepa of the San Mateo County Board of Supervisors.

Scientists this week were put in the spotlight as conflicting information about the vaccine came out. Earlier in the week, the Centers for Disease Control and Prevention told states to prepare for distribution as soon as late October, then administration officials indicated that may be ambitious.

“It’s extremely unlikely but not impossible, and therefore it’s the right thing to do to be prepared in case,” said Dr. Moncef Slaoui, chief adviser of Operation Warp Speed.