Sometimes capturing the perfect photo isn’t a case of getting the ideal frame, pose and lighting, it’s all about things going wrong and creating something unexpected.

Shareably rounded up a selection of the funniest optical illusion images from around the world that have been shared on social media because they deceive the eyes on first glance.

Among the hilarious snaps is a man who sparked a trend for bearded people taking photos with their heads tilted back and looking up to create the illusion of having no face.

Elsewhere a man seemed to have had his face replaced by a dog while he slept on the sofa, while a woman looked as if a foot was growing out of her arm during a camping trip. 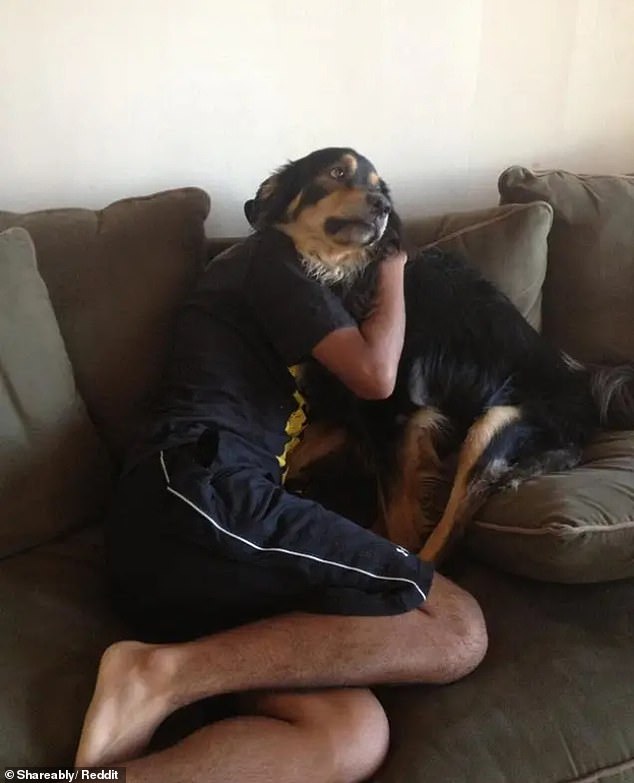 One man and his dog! Shareably rounded up a selection of hilarious optical illusions that have gone viral on social media, including a man believed to be in the US whose head appeared to have been replaced by his mischievous canine 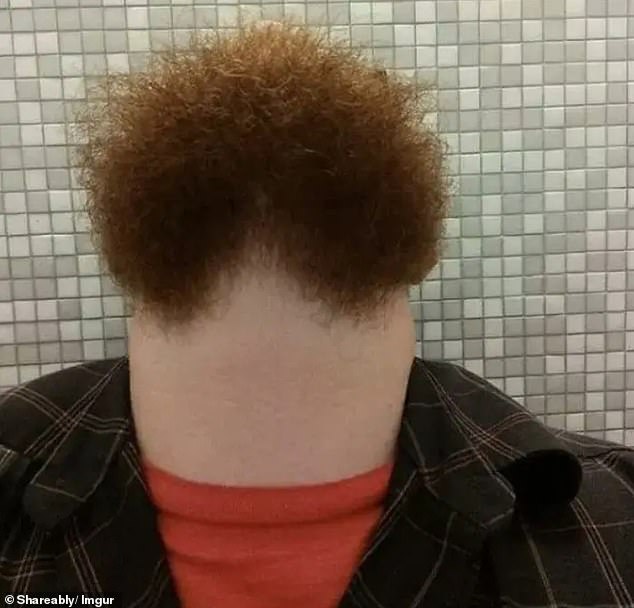 Facing off! Another man based in America sparked a trend for bearded people taking snaps while looking up to create the illusion of being faceless 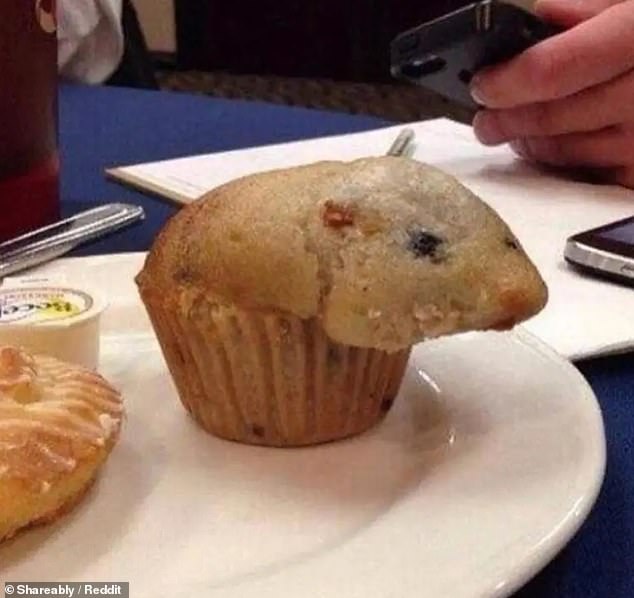 Bon appetit! A customer at a cafe, believed to be in the US, took to Reddit after receiving a muffin that could be mistaken for a baked rat 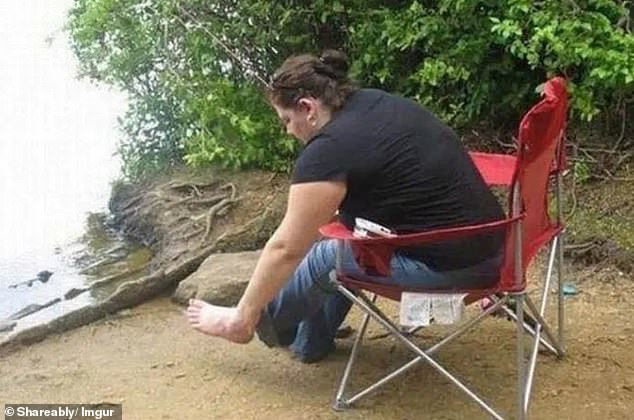 A woman, whose location is unknown, confused onlookers when she was snapped fishing with a foot in the place of her arm 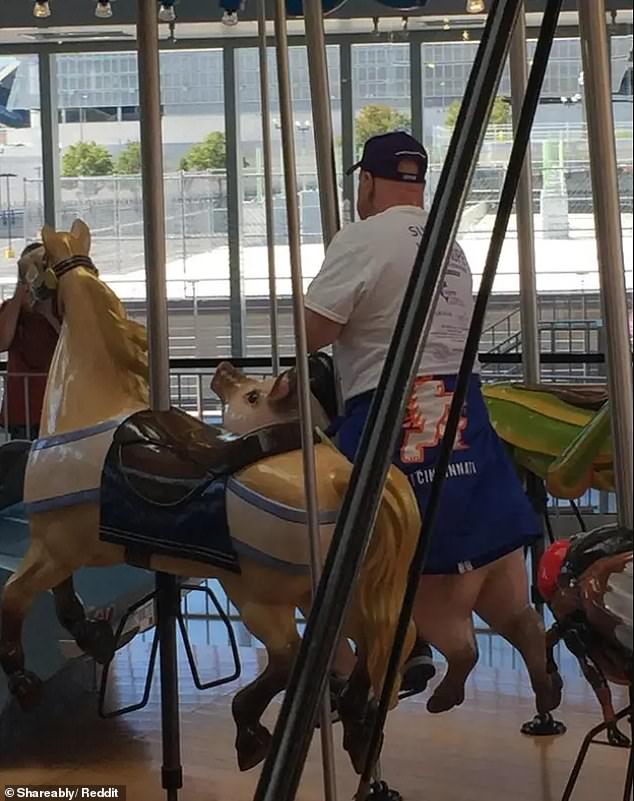 Centaurs are real! An FC Cincinnati fan whose legs could be mistaken for a horse was photographed on a funfair carousel 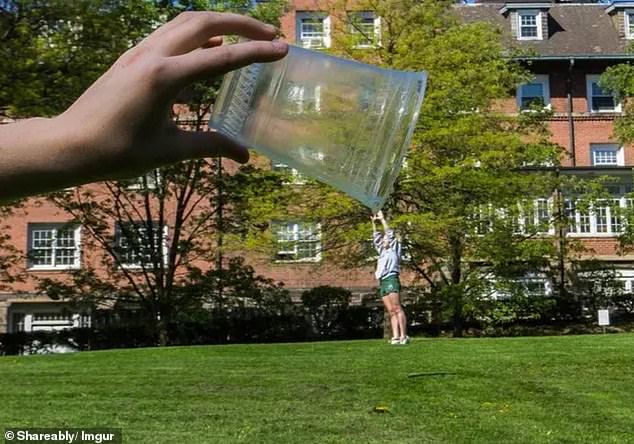 A social media user, believed to be from the UK, was able to play with camera angles to create the illusion of someone holding on to a massive glass 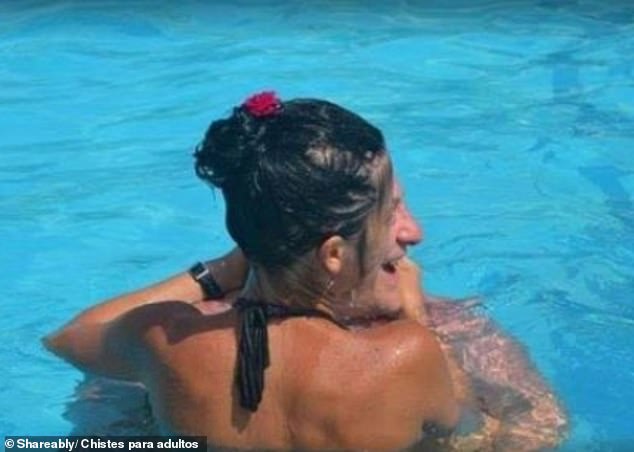 When two become one! A Facebook page dedicated to Spanish memes shared a couple’s holiday photograph where their faces appeared to have merged together 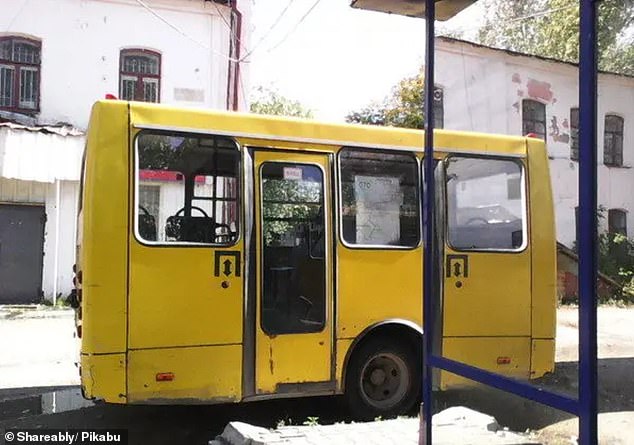 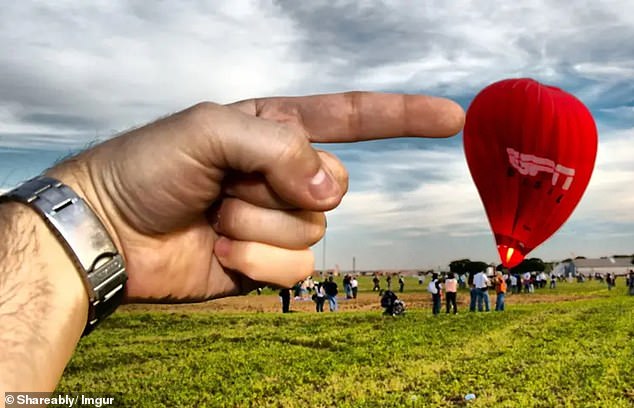 Up, up and away we go! One man used clever camera angles to create the illusion of using a large hand to push a hot air balloon in front of crowds 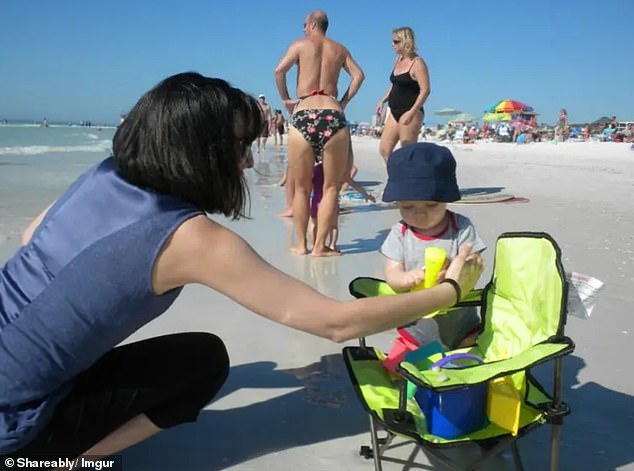