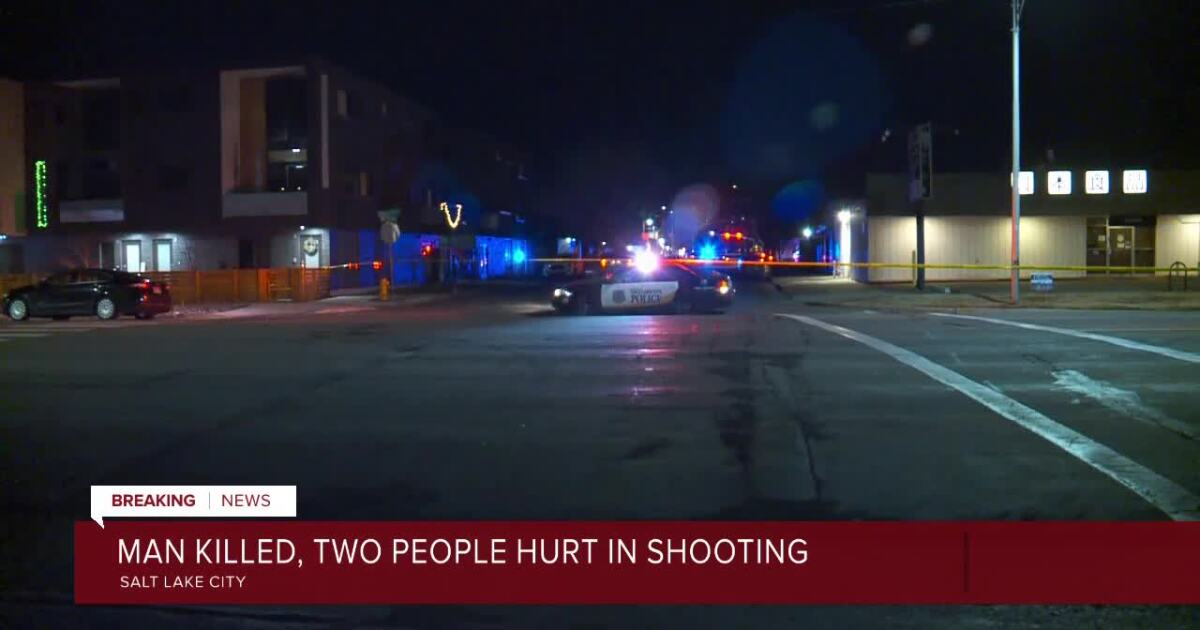 SALT LAKE CITY — One man is dead and two others injured after a shooting in Salt Lake City.

Just after midnight Tuesday, police were called to the area just south of Smith’s Ballpark.

One person, a male in his 30s, was found dead in a car on Kensington Avenue, which is around 1500 South, and Main Street.

Another man was found not far away with a gunshot wound and was taken to a hospital in critical condition.

A third person, described as a female in her 30s, was shot in the arm and is in stable condition.

Police learned of her when St. Mark’s Hospital reported the woman had gone there for treatment.

Detectives have been working the case all night but so far have no suspect information.

“We haven’t been able to substantiate the relationship between them,” said Lt. Andrew Cluff with the Salt Lake City Police Department. “All we know is some sort of altercation here on Kensington Avenue resulting in three victims being shot.”

Police are asking people to avoid the area near Kensington Avenue and Major Street for the next few hours while they continue to gather evidence.