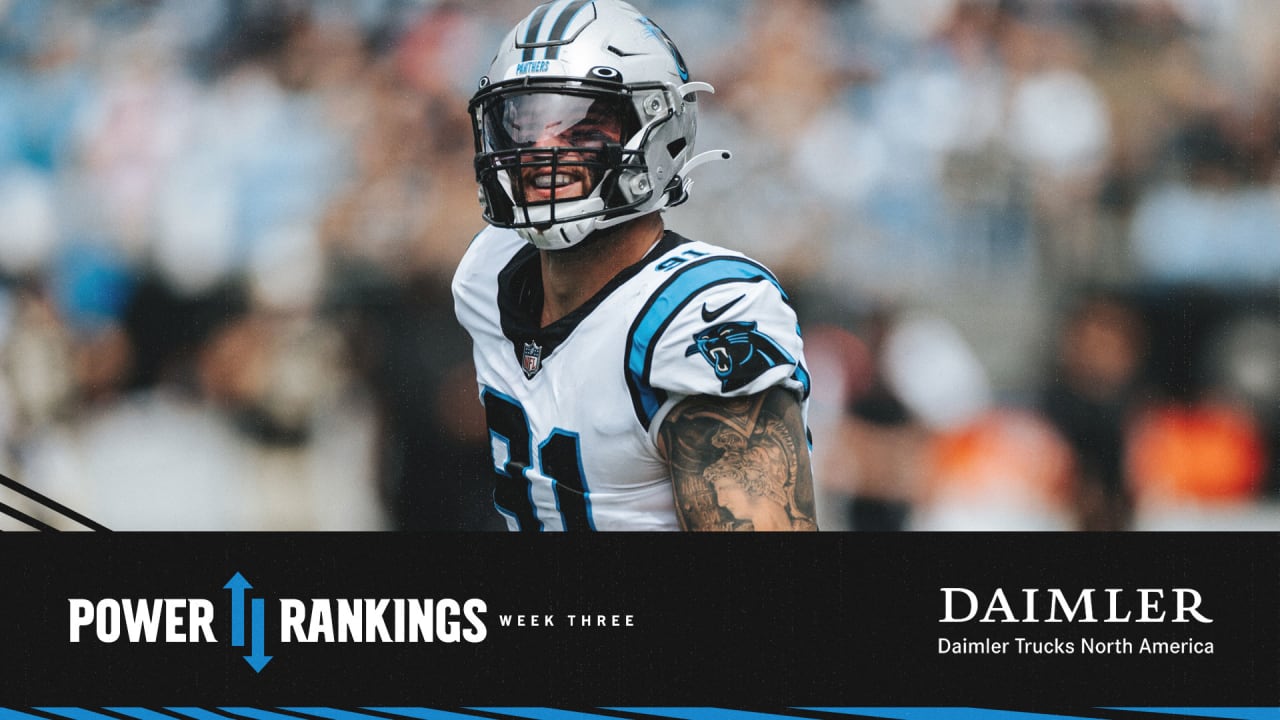 ANALYSIS: “It appears we may have underestimated the Carolina Panthers.

After gutting out a win over the hapless New York Jets in Week 1, the Panthers faced what appeared a daunting task in Week 2: a matchup with a New Orleans Saints team that blew out the Green Bay Packers last week.

The Panthers then outplayed the Saints in every facet of the game during a blowout win of their own.

“The Panthers have been one of the more surprising teams in the league so far this year,” Davenport said. “But it could be a while before we really know how good they are. Their next eight games are all against teams that missed the postseason last year, and they don’t face a team that finished .500 or better until they travel to Arizona on November 14.”

“Situation matters,” Sobleski said. “Darnold is finally being placed in a position to succeed, and the 2018 No. 3 overall pick is finally starting to realize his potential. In his first two games with the Panthers, Darnold has a higher competition percentage, average yards per attempt, QBR and quarterback rating than he ever did during his days with the New York Jets. More importantly, Carolina is 2-0. Maybe Darnold takes a step back over the next few weeks, but he’d still be playing better than he previously did.”