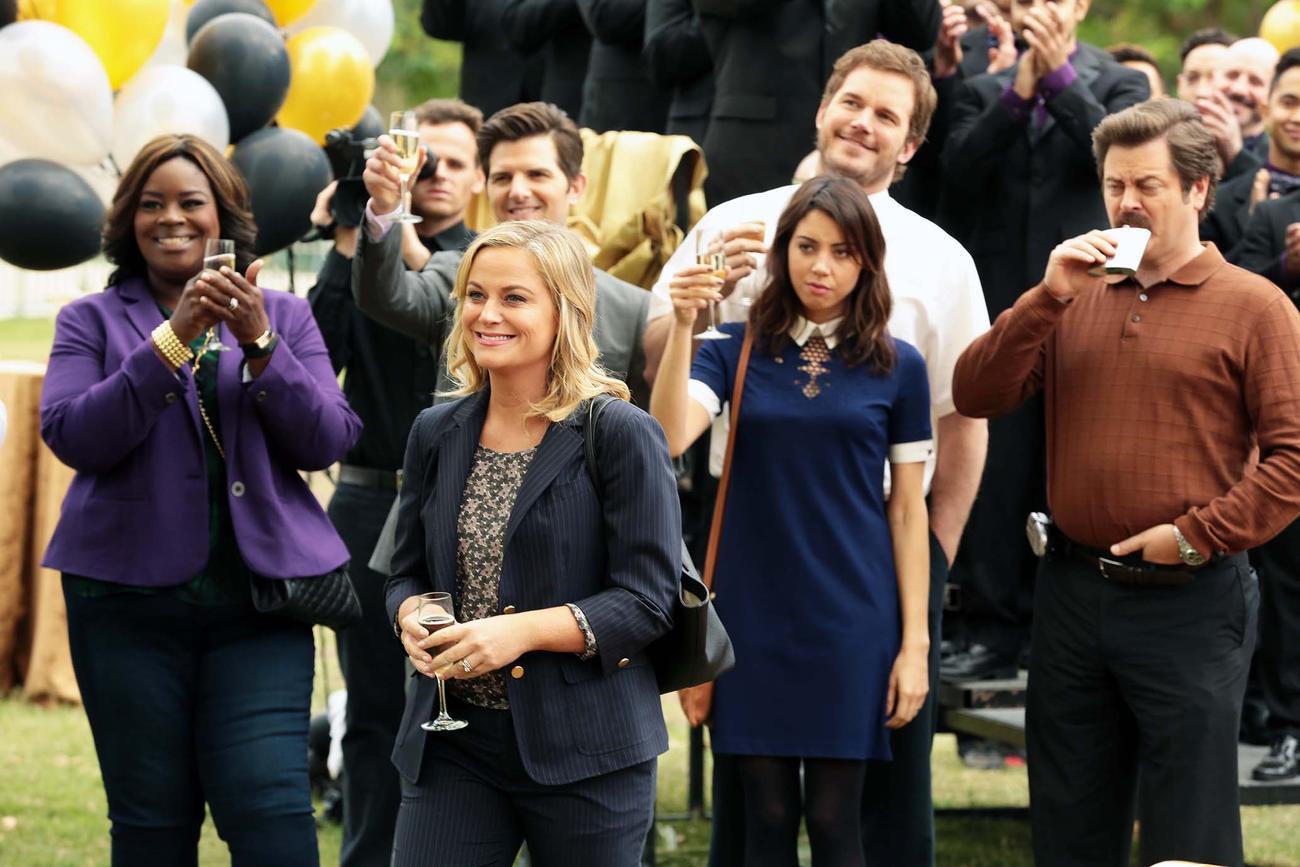 The cast of Parks and Recreation will be reuniting for their second one-off special this year, this time to raise money for the US democrats.

Cast favourites Amy Poehler, Adam Scott, and Aubrey Plaza will join other stars to take part in “A Parks And Rec Town Hall”. The one-off special has been organised as a fundraiser for the Democratic Party in the state of Wisconsin.

Fans will have to make a donation – any amount is accepted – to gain access to the reunion which airs on Thursday, 17 September. The episode will be followed by a Q&A.

The news was announced by Plaza in a social media post which has since received over 100,000 likes from excited fans. The post reads: “Excited to announce this.”

Nick Offerman, Jim O’Heir, Retta and show creator Michael Schur will be in attendance, with special guests also promised. However, Chris Pratt, who played Andy Dwyer, is noticeably missing from the star-studded lineup.

In May earlier this year, the cast of the hit sitcom reunited for a one-off charity special. The half-hour reunion raised $2.8m (£2.25m) for the food charity Feeding America.

Parks and Recreation is a political satire sitcom which ran for seven seasons on NBC between 2009 and 2015. The show won multiple awards during its time, including a Golden Globe for Poehler’s performance as Leslie Knope.