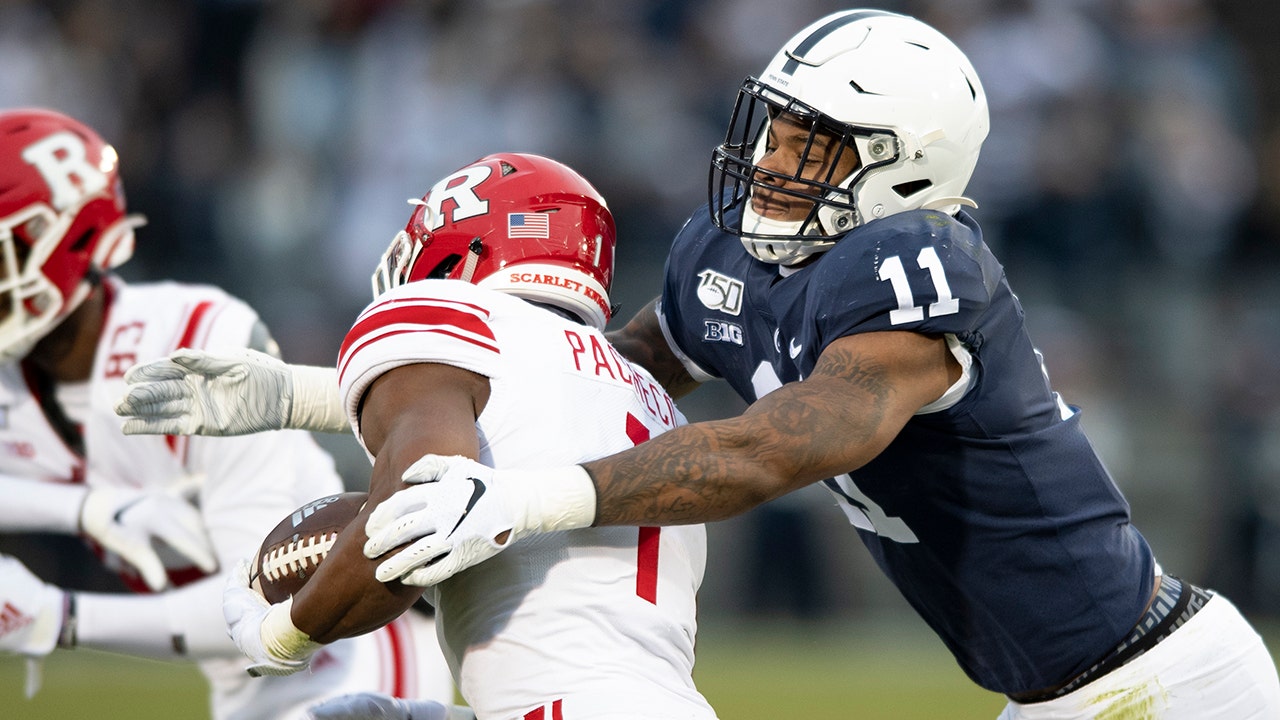 Complaint alleges that the student athletes will be unable to showcase their talents to professional scouts; David Gibbs, president and general counsel for the National Center for Life and Liberty, and Alex Swoyer, Washington Times legal affairs reporter, review the details in ‘Night Court.’

Penn State’s director of athletic medicine said this week that roughly a third of the athletes who tested positive for coronavirus have inflamed heart muscles, or myocarditis, which was cited by the Big Ten as a reason the football season this fall was postponed.

“What we have seen, when people have been studied with cardiac MRI scans, symptomatic and asymptomatic COVID infections, is a level of inflammation in cardiac muscle that just is alarming,” Wayne Sebastianelli said during a State College Area school board of directors meeting Monday night. “We don’t know why it happens, we don’t know who it’s happening in, but some of the testing that has occurred across the Big Ten has revealed roughly 30% of the athletes reveal this inflammation.”

While the finding is concerning, Sebastianelli was quick to point out that it is unclear what the implications are for such widespread heart inflammation.

NO. 1 CLEMSON, QB LAWRENCE PREP FOR ANOTHER CHAMPIONSHIP RUN

“There are many cardiologists, some very high level at the Mayo Clinic, who think this is a finding that is incidental and may not warrant any further investigation, or any sort of further concern,” Sebastianelli said, as first reported by the Centre Daily Times.

“But what has been seen across some of the schools, that some of the athletes affected haven’t really recovered their full pulmonary function. They just don’t train as hard as they normally can. Their tolerance has decreased. So whether that’s heart-related or lung-related, we really don’t know yet,” he added.

According to the Mayo Clinic, coronavirus can have long-term adverse effects on athletes’ hearts after they recover from the disease.

“Imaging tests taken months after recovery from COVID-19 have shown lasting damage to the heart muscle, even in people who experienced only mild COVID-19 symptoms. This may increase the risk of heart failure or other heart complications in the future,” Mayo Clinic writes on its website.

Big Ten Commissioner Kevin Warren cited potential complications with the heart and other medical unknowns related to coronavirus as a reason that the football season had to be postponed this fall.

“There is simply too much we do not know about the virus, recovery from infection, and longer-term effects,” Warren wrote to the Big Ten community on Aug. 19. “While the data on cardiomyopathy is preliminary and incomplete, the uncertain risk was unacceptable at this time.”

The Big Ten voted on Aug. 11 to postpone the season, with every school except for Nebraska, Ohio State, and Iowa voting in favor of postponement, according to ESPN. Eight Nebraska football players sued the Big Ten last month to try to invalidate the suspension of the season.

President Trump tweeted Tuesday that he spoke with Warren about the Big Ten potentially reversing plans and playing football this fall.

“We had a very good conversation, very productive, and maybe we’ll be very nicely surprised. They had it closed up, and I think they’d like to see it open, along with a lot of other football that’s being played right now,” Trump told reporters Tuesday.

The Big Ten and the Pac-12 are the only Power 5 conferences that have suspended their football seasons for the fall. The SEC, ACC, and Big 12 are all moving forward with augmented schedules and new safety precautions.

The first FBS college football game is scheduled for Thursday night at 9 p.m. between Southern Mississippi and South Alabama.