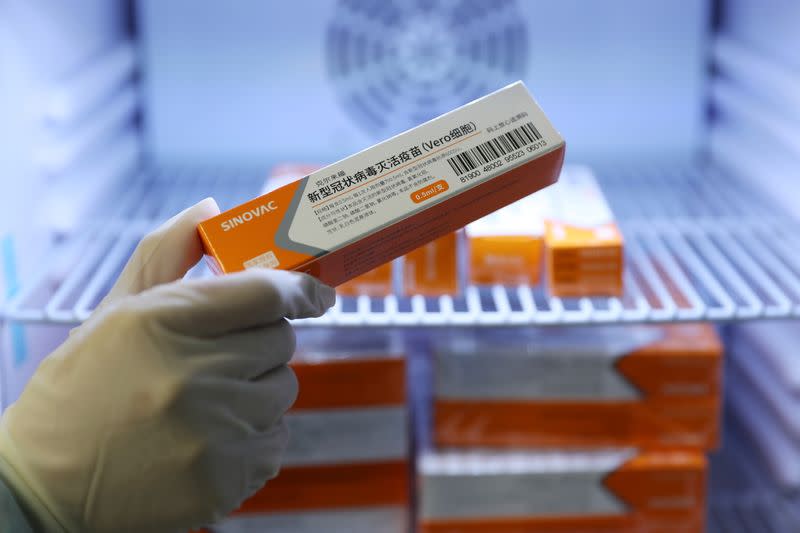 MANILA (Reuters) – The Philippines has secured 25 million doses of COVID-19 vaccines developed by China’s Sinovac Biotech, with the first 50,000 expected to arrive in February, a government official said on Monday.

The deal will be a boost for a country that has among the most coronavirus cases in Asia, but has trailed regional peers in securing vaccines, with which it hopes this year to inoculate 70 million people, or two-thirds of its population.

Presidential Spokesman Harry Roque said the rest of the Sinovac vaccines will arrive in batches from March until December.

The government hopes to vaccinate 50,000 people next month with priority to healthcare workers, Carlito Galvez, a former general in charge of the vaccination procurement effort, told a senate inquiry.

Some senators have expressed concern over delays in the rollout of vaccines, while the government may have difficulties convincing the public of their safety, with a recent survey showing less than a third Filipinos were willing to get inoculated.

Galvez said negotiating with vaccine manufacturers was a “tedious” process and described the global vaccine supply as “very volatile”.

The Philippine Food and Drug Administration (FDA) has yet to approve any COVID-19 vaccines and emergency use authorization applications filed by Pfizer, AstraZeneca and Russia’s Gamaleya are pending.

The FDA is still evaluating the late-stage trial applications of Sinovac and Clover.

The Philippine has secured 30 million doses of the vaccine Covovax from Serum Institute of India, and expects to receive 40 million doses through the COVAX facility in the first quarter.