Piers Morgan appeared to hold back tears as he paid an emotional tribute to Life Stories comedian Ian Royce on Wednesday’s episode of Good Morning Britain.

Ian’s daughter Roxanne confirmed on Tuesday that her father had passed away aged 51 after he had served as the warm-up act on various ITV shows for 13 years.

Piers, 55, fondly remembered working with the comedian, who he called ‘Roycey’, and said he was ‘the best funniest warm-up guy there was’. 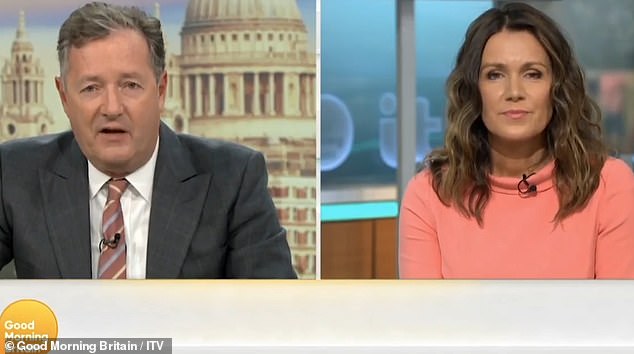 He said: ‘Very sad news I heard from his daughter Roxanne, probably the most famous person you may not have heard of, but he was famous in the industry.

‘He was the best funniest warm up guy there was. Such a thankless task in so many ways. Roycey was the best I’ve ever worked with, he did BGT, he did the American one when I went over there. He did almost every one of my life story shows.

‘He was funny, he had a lot of demons which if you’d followed him on Twitter you will know. But he had a zest for life, he was a hilariously funny guy and he also had a great love for his daughter Roxanne who let me know yesterday.’

Richard Arnold also shared fond memories of Ian, adding: ‘He was incredibly warm spirited and if you were just a guest on one of these shows he always made you feel like the star, like your name was above the door in lights.’ 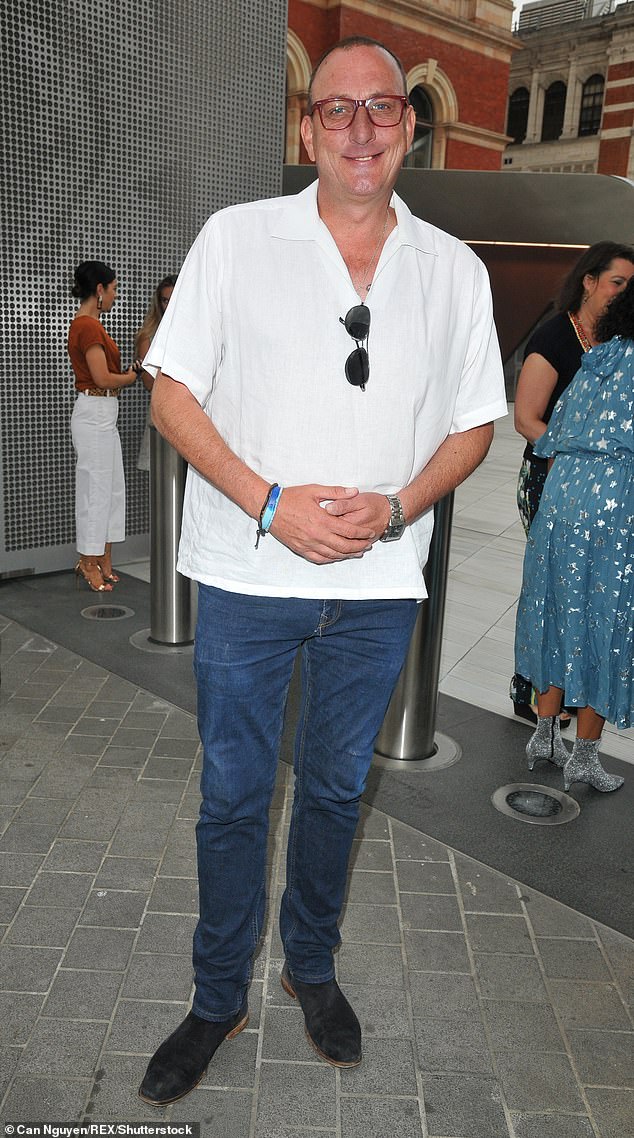 Emotional: Ian’s daughter Roxanne confirmed on Tuesday that her father had passed away aged 51 after he had served as the warm-up act on various ITV shows (pictured in 2018)

Piers agreed and said: ‘He used to come out on every single Life Stories and I’d be standing wanting to listen to his set, and he’d always say at the end “ladies and gentlemen, Piers Morgan, big M small Organ.”

‘He’ll be greatly missed by everyone in this business I’ll miss him. Roycey, thanks for all the laughs.’

It was revealed on Tuesday that the Britain’s Got Talent warm-up man died from ‘severe pneumonia and multiple organ failure’.

The compère, who entered rehab in October for treatment for alcoholism and sex addiction, ‘was in no pain’ as he tragically passed away, according to his daughter. 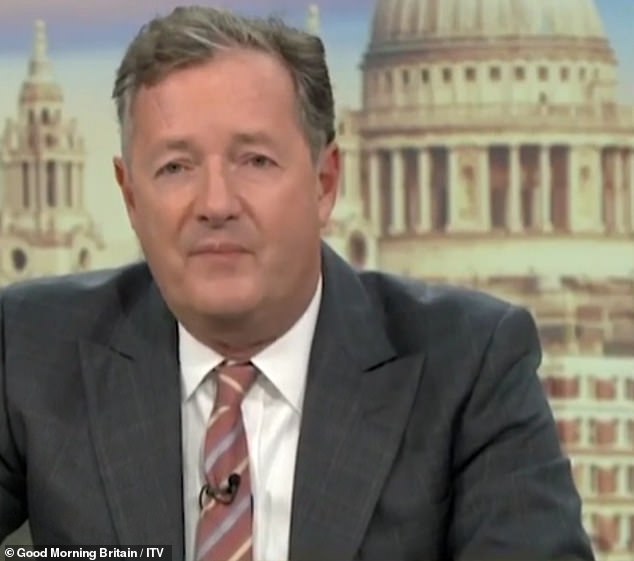 Friend: Piers fondly remembered working with the comedian, who he called ‘Roycey’, and said he was ‘the best funniest warm-up guy there was’

The statement read: ‘It is with our greatest regret that we have to tell you all that Ian has passed away today from severe pneumonia and multiple organ failure.

‘He was in no pain and was surrounded by friends and family. He put up a good fight but is in a better place now.’

Simon Cowell’s company Syco released a statement to MailOnline, which read: ‘Our thoughts and love are with Roycey’s family at this extremely difficult time.’

Reacting to the news on Twitter, Ant and Dec said: ‘So sorry to hear this news… he was a legendary character and will not be forgotten.’

They further paid tribute in a follow-up statement, in which they said: ‘We are sorry to hear of the passing of Ian “Roycey” Royce. 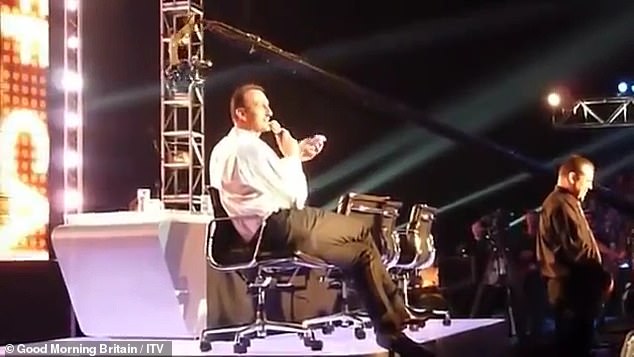 Piers said: ‘Very sad news I heard from his daughter Roxanne, probably the most famous person you may not have heard of, but he was famous in the industry’

‘He was an integral part of the £BGT team for many years. Our thoughts are with his beloved Roxy and all his family. RIP Roycey. We’ll never forget you.’

Ian, who also worked on X Factor, entered rehab last year after celebrities including Simon and Ant and Dec helped pay towards his treatment.

Thanking his friends and fans for their support on in November, Ian took to Twitter to share that he had successfully completed his 28 day stay in The Priory and would be continuing his treatment abroad.

He penned: ‘I just wanted to let you all know that my first 28 days of treatment, have come to an end and I will ow be going abroad for the next 3 months to continue my treatment and really work on me and issues that have been buried deep for 40 years.

‘As well as my alcohol addiction I have also surrendered to my sex and love addictions stemming from my past which have affected my relationships greatly. 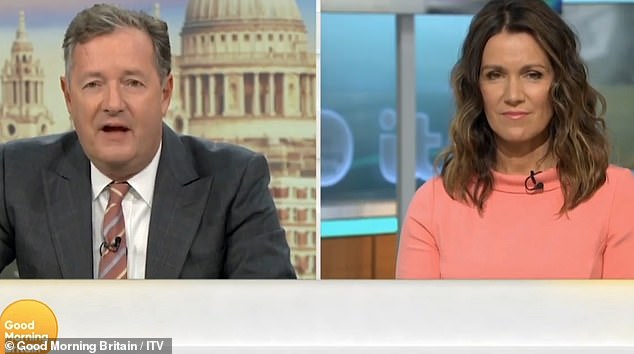 He added: ‘He was the best funniest warm up guy there was. Such a thankless task in so many ways. Roycey was the best I’ve ever worked with’

‘I am committed to working on all of the above to be a better person to me and to others.’

Ian went on to apologise to anyone who had been affected by his addictions, before thanking those who had shown him support and kindness in his time of need.

He continued: ‘I have f**ked up big time in many areas of my life and I want to apologize to everyone who was caught up in my “madness”.’

‘I want to thank everyone who has stood by me, supported me – financially and emotionally. I know this is my last chance at life having been near death more than once.

‘I will be off social media for this duration and I am looking forward to bringing home a new Ian for 2020 who will be true, honest and committed to staying well. So I am wishing you all love and happiness (and a happy Christmas and New Year!!). 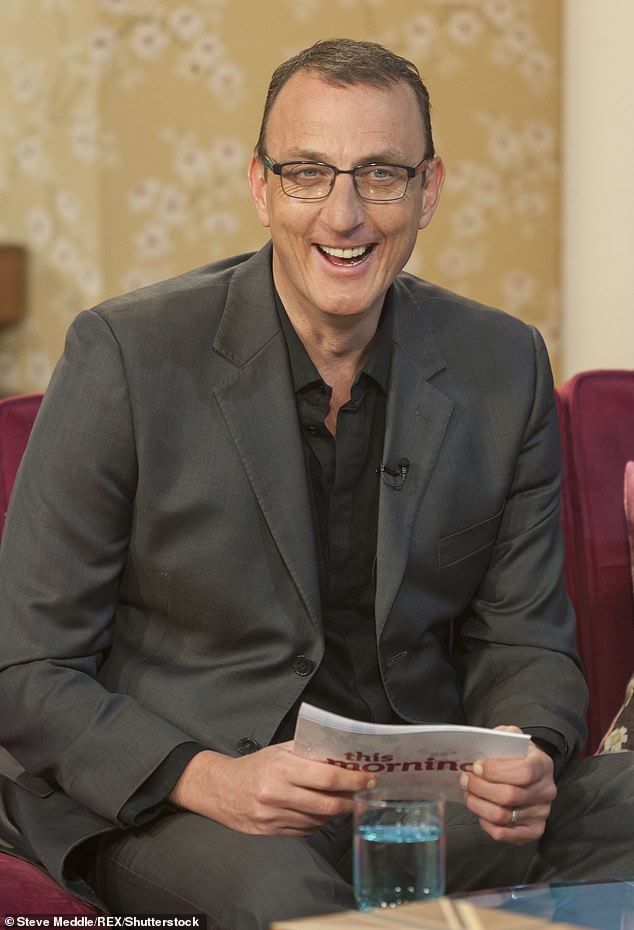 Piers said: ‘But he had a zest for life, he was a hilariously funny guy and he also had a great love for his daughter Roxanne who let me know yesterday’ (pictured in 2013)

‘And a massive thank you to again to everyone who is making this happen (no name dropping!). The support has been incredible and I am so so grateful to everyone from the bottom of my heart. Until 2020. Ian xx.’

They were believed to have joined forces with Simon and Robbie Williams to aid Ian’s battle with alcoholism, over a year after presenter Ant, 44, checked into rehab for his own drink and drug addiction.

More than £12,000 was raised for Ian’s 28-day treatment at The Priory after 75 people donated to help to get Ian’s life back on track.

On the TV personality’s GoFundme page, his friend James Mace has claimed Ian was ‘in desperate need’ after he tried to take his life, and was ‘being treated for a brain injury that he received whilst under the influence’. 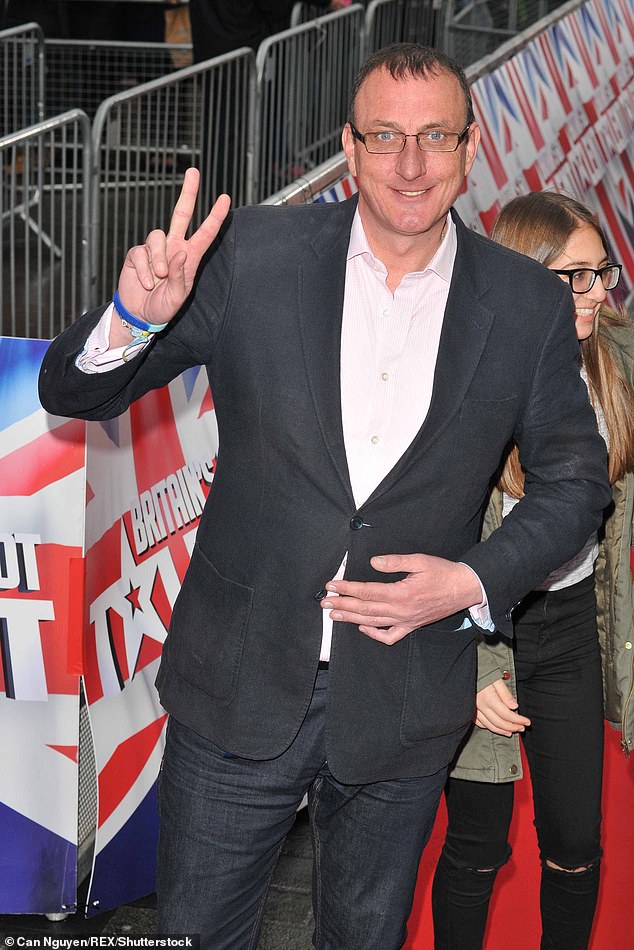 Tragedy: Ian died from ‘severe pneumonia and multiple organ failure’, it was revealed (pictured in January 2017)

The performer boasted a successful career as a warm-up comedian, and has previously starred in The Big Big Talent Show, Talking Telephone Numbers and The Time The Place.

Following the donations, Ian took to Twitter to thank those who donated to the fund, crediting them for ‘saving [his] life’.

As well as tagging Ant and Dec in the message, he also referenced Olly Murs, Robbie and Simon for their contributions.

He wrote: ‘I am so grateful to so many for saving my life….. Thank you so much everyone and my amazing girlfriend xx

Replying to the post, former BGT act Steve Hewlett wrote: ‘Job Title…Warm Up Man & Support to The Stars Support is what you have Ian In 2013 after my BGT final act as soon as I walked off stage to the incredible audience reaction… you were there with a man hug and congrats! I’ll never forget that. I’m just one here for you now. 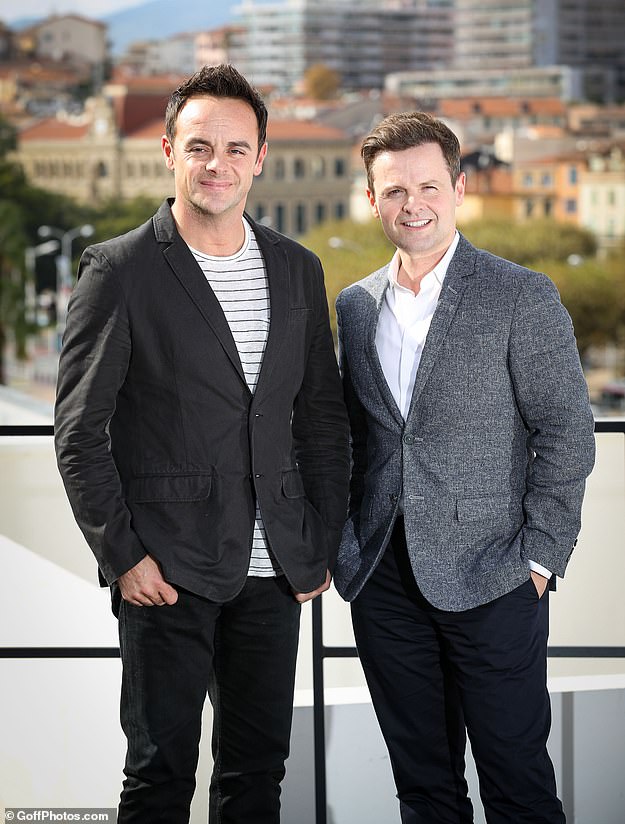 Condolences: Following the revelation, a host of stars Royce had worked with – including Anthony McPartlin and Declan Donnelly – shared their condolences