Pippa Middleton and her son Arthur were seen staring up at the sky and pointing at traffic cones during a stroll in London yesterday.

The inquisitive youngster, 21 months, appeared to be every inch the inquisitve toddler, seemingly asking his a series of  mother questions and pointing as they walked along.

Kate Middleton‘s sister, 37, opted for a chic summer look, pairing a floral mini dress with a some black espadrilles for the warmer spell.

And she dressed her son in a classic look for the outing, in the same shorts and navy leather shoes often seen on his cousin, Prince George. 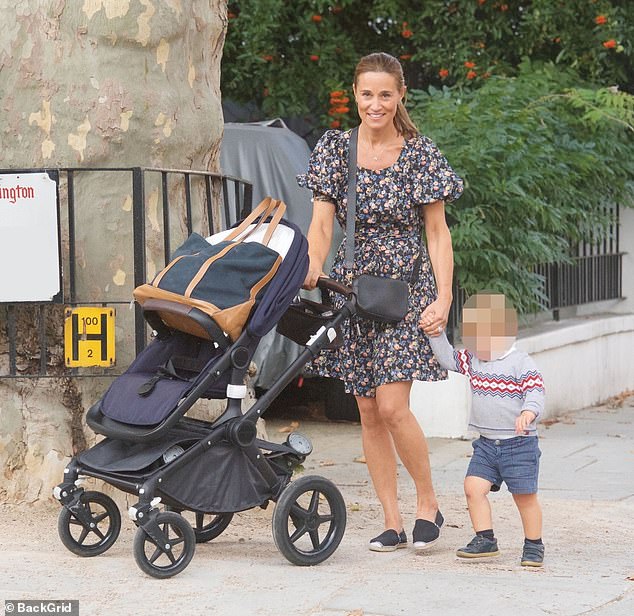 Pippa Middleton and her son Arthur were seen staring up at the sky and pointing at traffic cones during a beautiful summer stroll in Chelsea, London, yesterday 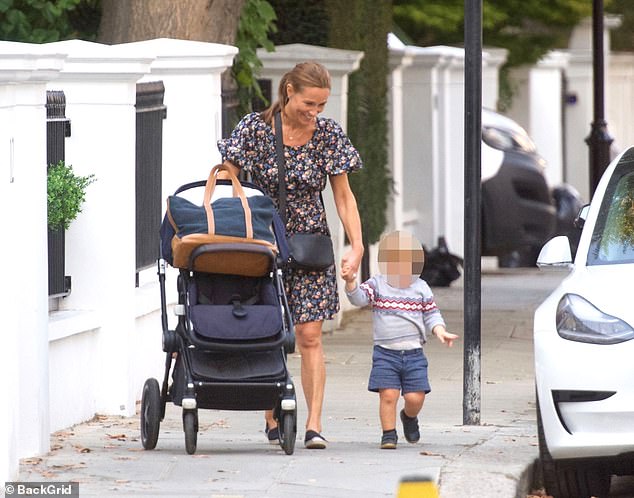 Making the most of the warmer, sunny day yesterday, the mother and son duo took to the Chelsea streets with their pushchair while inquisitive Arthur took in all the city has to offer 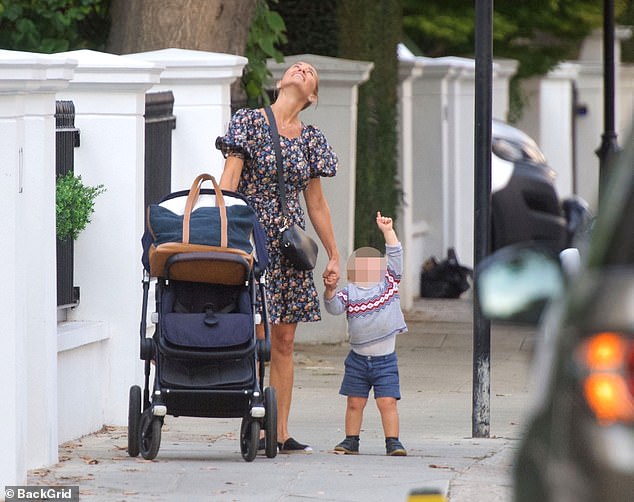 The Duchess of Cambridge’s sister opted for a chic floral mini dress, perfect for mother duties in the warmer weather. The pair were pictured looking up at something curious little Arthur had spotted in the sky 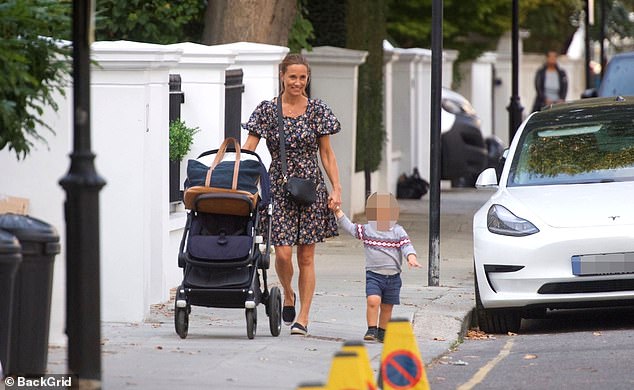 It would appear Arthur, 21 months, is taking after his older cousin Prince ‘curious’ George who was known for being an inquisitive and intelligent baby. Pictured: The pair walk hand in hand down a street in Chelsea

The beautiful brunette cut a slim figure as she walked along the street in Chelsea with her only son, who will celebrate his second birthday on October 15th.

Pippa, who turned 37 on Saturday, also wore dainty accessories, including a thin banded necklack and a pair of simplistic earrings.

The Duchess’s sister also paired her stylish yet comfortable look with a black leather shoulder bag and her hair slicked back in a low ponytail. 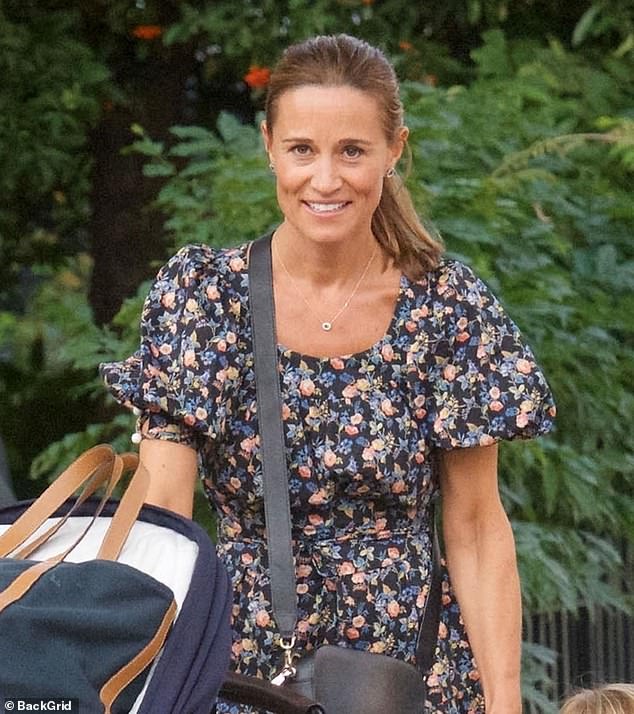 Pippa looked radiant and bronzed as she walked down the street with her only child – blonde haired Arthur. So as not to distract from the beautiful floral print, she wore a simple necklace and set of earrings 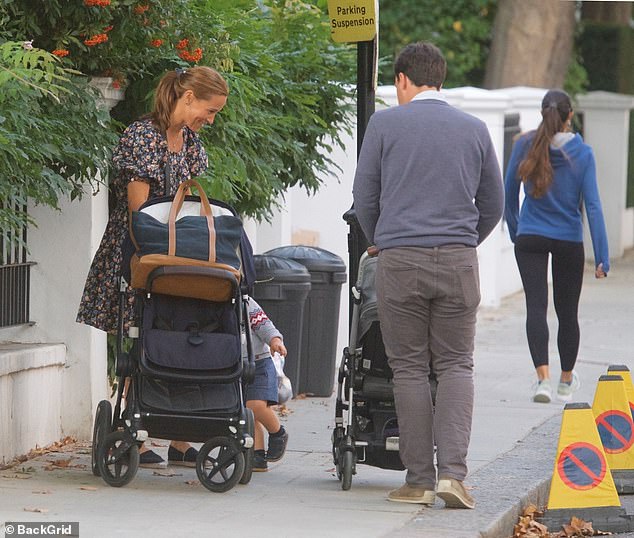 While out for their summer stroll, the pair bumped into a familiar face and stopped to speak to another man who was out walking a child in a pushchair. The adults stood in the street chatting and Pippa smiled at the child the man was pushing 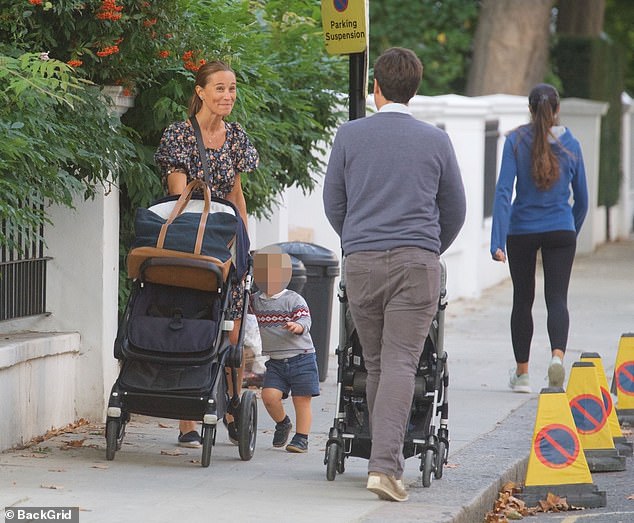 As she stood talking, Arthur appeared to have spotted something else of interest in the distance, pointing away as his mother stopped for a chat 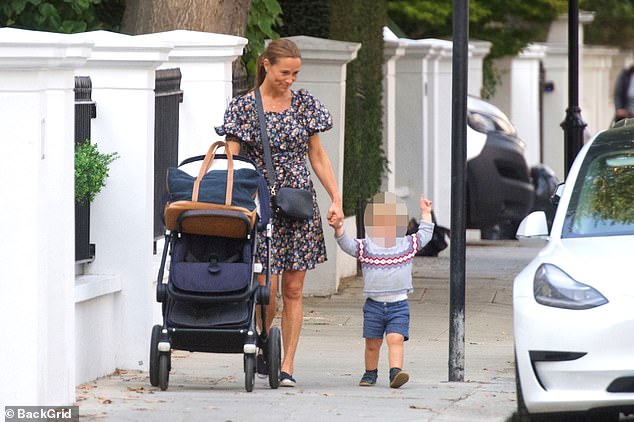 And it appears it is not just in personality that Arthur follows in George’s footsteps, with his glamorous mother Pippa dressing him in traditional ‘aristocratic’ attire.

Arthur’s ensemble resembled that of George, seven, who is often seen wearing shorts during public appearances.

Previously, MailOnline’s etiquette expert William Hanson told Femail that Kate put her son exclusively in shorts as it’s an aristocratic way to dress, harking back to the times of ‘breeching’, when boys would wear shorts until the age of 8, when they had a party to celebrate the move into trousers.

With his blue shorts just above the knee – a favourite look within the royal family – Pippa dressed him in a patterned woolly jumper and buckled shoes. 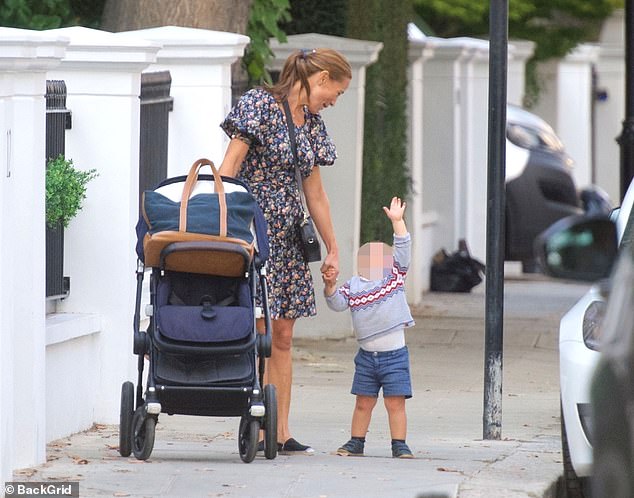 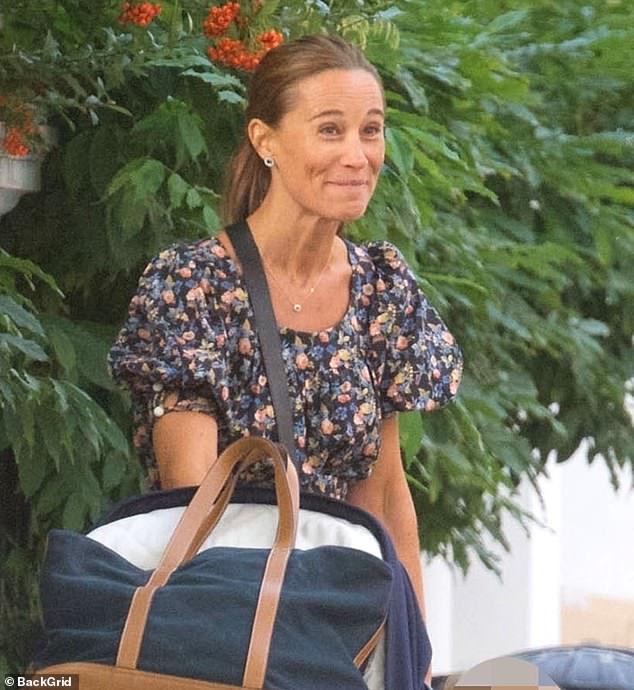 Pippa, who dazzled in her floral dress, smiled away as she spoke with a man in the street, all the while clutching on to her curious 21-month-old son’s hand 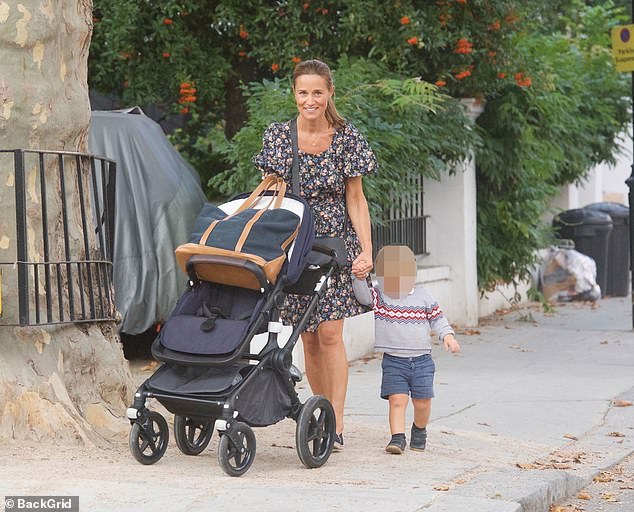 MailOnline’s etiquette expert William Hanson told Femail that the Duchess put her son exclusively in shorts as it’s an aristocratic way to dress, harking back to the times of ‘breeching’ and it appears her sister is doing the same

The mother of one held the boy’s hand as they walked through Chelsea, while he pointed up at things in the sky and she answered his questions.

The toddler was also extremely excited and interested in a set of four yellow traffic cones that had been placed in the road, preventing people from parking there.

Mother and son duo Pippa and Arthur also stopped walking with the pram when they bumped into another parent in the street and paused for a chat before continuing on their journey.

This is not the first time Arthur had been spotted wearing ‘the royal look’, with the pair being spotted at the beginning of June on a coffee run in West London and the then 19 month old wearing a quilted jacket and shorts. 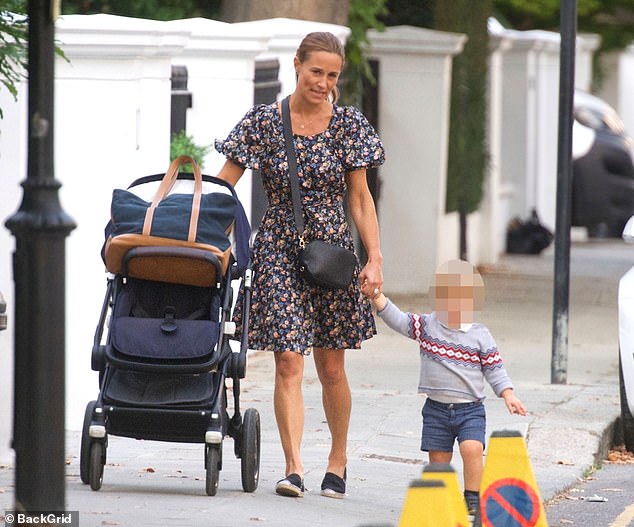 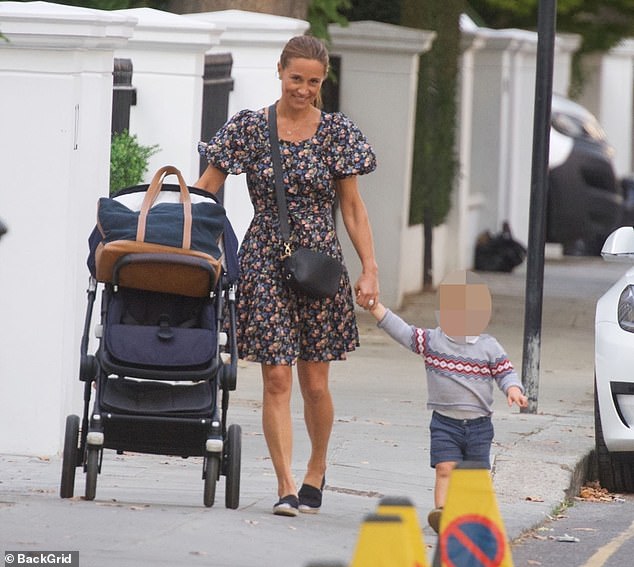 After querying what was above them in the sky on the sunny day, Arthur then turned his attention to the bright yellow no parking traffic cones which lined the side of the road 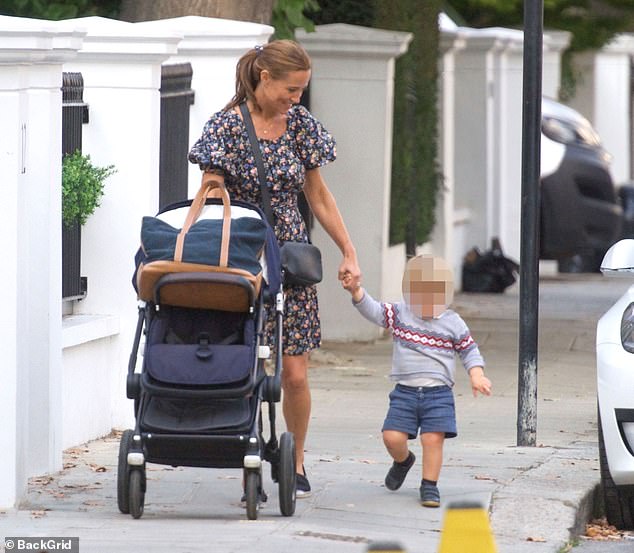