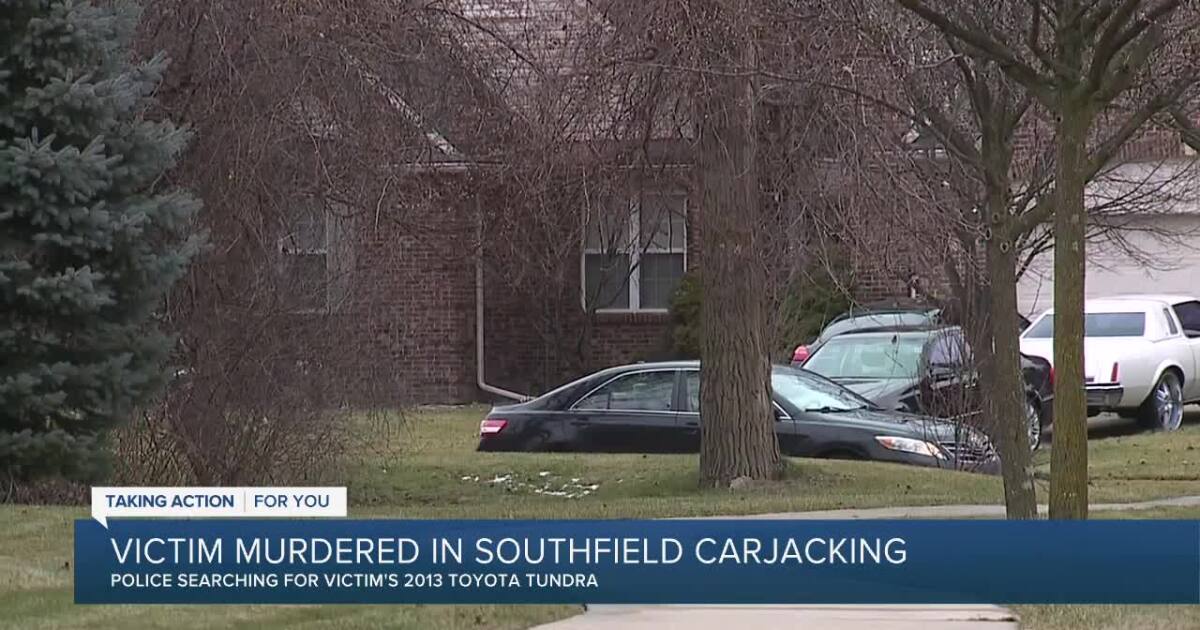 Southfield police say a man was found shot and killed after a carjacking at his home on Sunday evening.

According to police, they were called to the area of 26000 Primary Dr. on a report of a carjacking just before 8 p.m.

Police say when they arrived, they found a 48-year-old man with gunshot wounds to the chest and thigh in the driveway.

After investigating, they found the victim was carjacked at he arrived, with shell casings located at the scene.

The suspect was last seen leaving the area in the victim’s white 2013 Toyota Tundra, but a description of the suspect is not known.