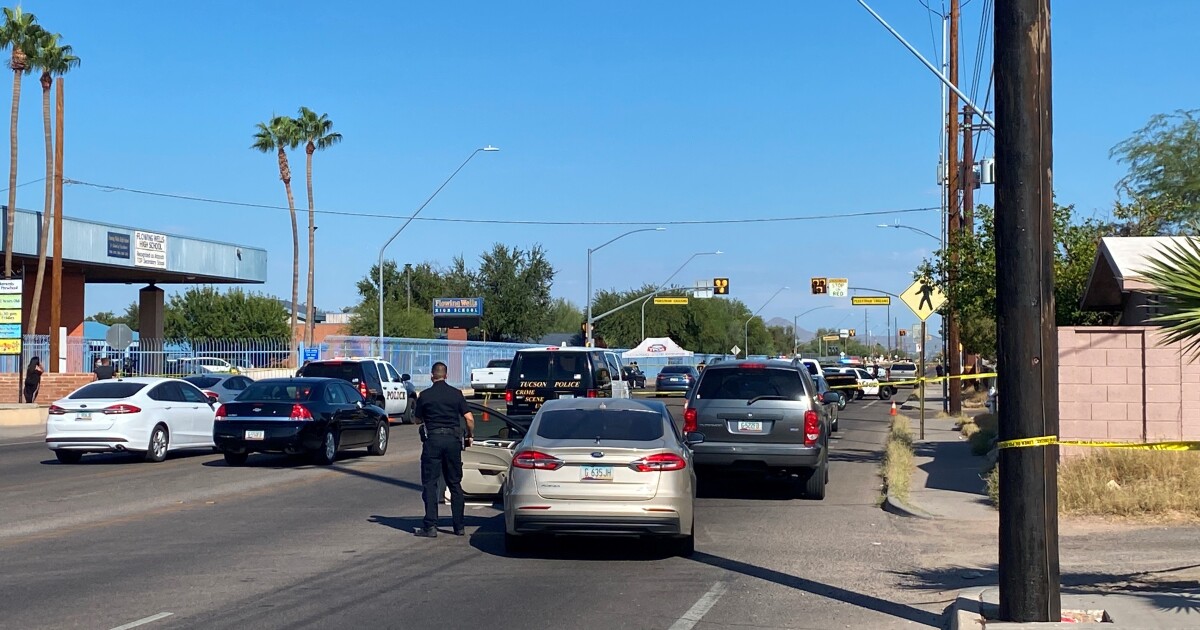 According to Officer Frank Magos, officers responded to a 911 call that came in at 9 a.m. from the Circle K at 3970 N. Flowing Wells Road.

A man with a machete was approaching people in an aggravated manner. Police found the man — still armed with a machete — near Flowing Wells and Roger. Police tried to speak to him and he ran. They caught up with him near West King Place, and an officer shot the suspect.

The suspect is in life-threatening condition at Banner University Medical Center.

No one else was injured.

KGUN 9 has reached out to the Flowing Wells School District about the incident but hasn’t received a response.

Tucson Police working an Officer involved shooting in the area of N Flowing Wells and W King. Details are limited, no officers were injured please avoid the area.

This is a developing story. Stay with KGUN 9 for the latest information.