Police have swarmed a quiet street in Sydney’s inner west after a man was shot dead and another suffered gunshot wounds.

Emergency crews were called to Henry Street in Lewisham at about 1pm on Friday and found a man with gunshot wounds to his chest.

The man, believed to be aged in his 30s, died on the way to hospital.

Police initially said the man had been stabbed but a spokeswoman said it is now believed he was shot. 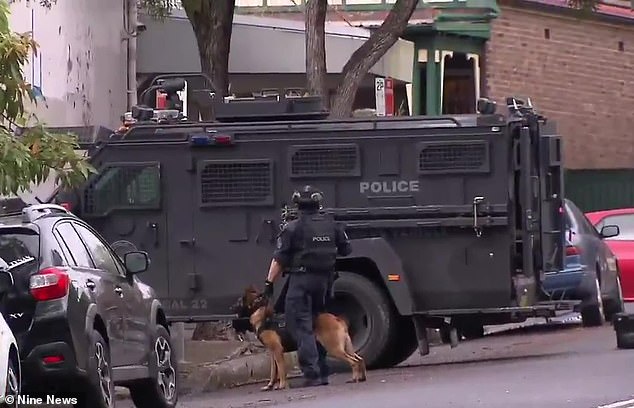 A man in his 50s was then found with bullet wounds in a house on nearby Victoria Street at about 4pm.

Armed police and a police dog descended at the scene and surrounded the Henry Street property, where the victim was found.

Vision taken near the Lewisham crime scene showed a woman with forensic bags over her hands being led to a police car.

A police spokesman told AAP the situation was developing, and he could not confirm if the woman was a person of interest.

The shooting victim was found in Henry Street by distressed neighbours who called emergency services.

‘(I’d) just came back from coffee with a friend and found him on the side of the footpath,’ witness Keith Mulhall told Seven News. 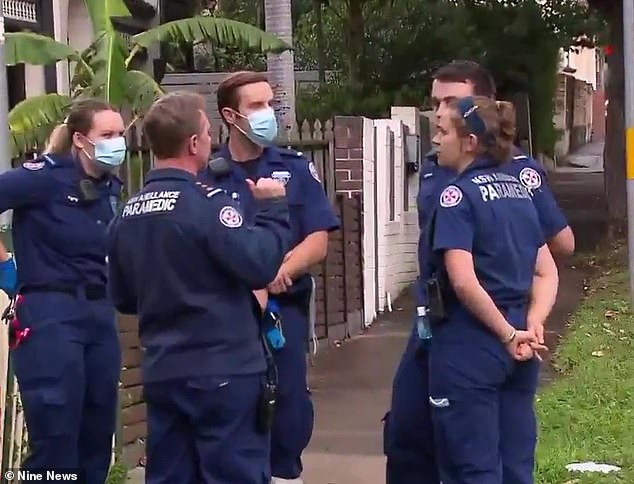 Resident Mick Buckley, who has lived in the area for 40 years, said the incident was a ‘shock’, Sydney Morning Herald reported.

Police are appealing for information as they begin their investigations.

‘The plan is to continue our canvass, establish the identity of the deceased and any witnesses and potential suspects,’ Inner West Police Area Command acting Superintendent Despa Fitzgerald said. Heavily armed police remain on in Lewisham after a fatal shooting