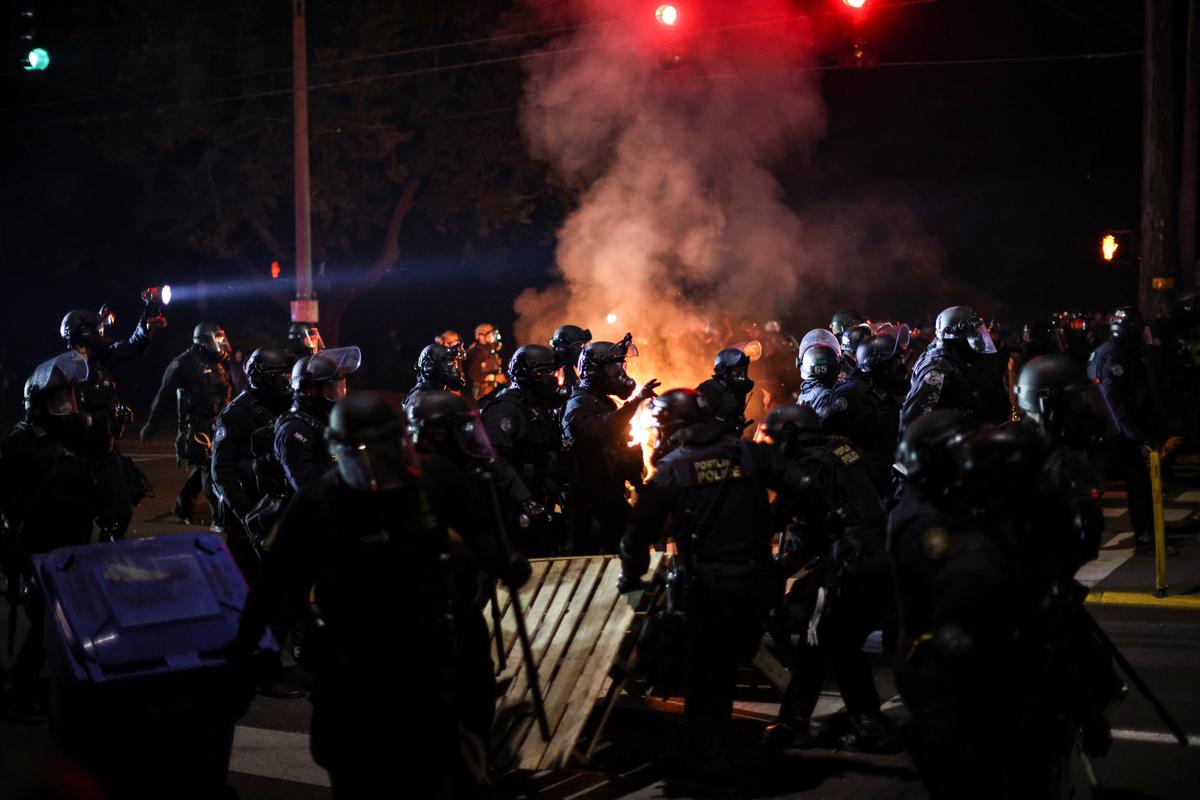 (Reuters) – Protesters in Portland threw rocks and fire bombs at police who in turn made over 50 arrests and used tear gas on Saturday night on the 100th day of demonstrations in the Oregon city against racism and police brutality.

Police described what they called “tumultuous and violent conduct” by protesters on the city’s Southeast Stark Street.

One of the fire bombs caught a community member on fire and he was taken to hospital, Portland police said in a statement, adding that a sergeant was also struck by a commercial-grade firework that injured his hand.

“Fire bombs were thrown at officers, injuring at least one community member”, police said bit.ly/34lgHyK earlier on Twitter while re-tweeting a video posted by a New York Times reporter showing fire bombs being thrown and a protester running with his legs on fire.

Police said officers used tear gas among other crowd control measures to disperse the gathering, which the Oregonian newspaper had estimated to be around 400.

Portland has seen nightly protests for over three months that have at times turned into violent clashes between demonstrators and officers, as well as between right- and left-wing groups.

Demonstrations erupted around the United States following the death in May of George Floyd, a Black man, after a Minneapolis police officer knelt on his neck for nearly nine minutes.

President Donald Trump signed a memo on Wednesday that threatens to cut federal funding to “lawless” cities, including Portland. His Democratic challenger in the Nov. 3 presidential election, Joe Biden, has accused Trump of stoking violence with his rhetoric.

Reporting by Kanishka Singh in Bengaluru; Editing by Frances Kerry and Lisa Shumaker