Fueled by a lack of progress on lawmakers’ part to come to terms on a second COVID-19 relief bill, President Trump signed an executive order in August calling for a payroll tax deferral beginning Sept. 1 through the end of 2020. During this time, some workers won’t have to pay the 6.2% Social Security tax they’d normally be liable for on their first $137,700 of earnings.

Now to be clear, this isn’t a permanent tax break, even though the president would clearly like it to be. In fact, Trump has already stated that if re-elected, he’ll seek to forgive all deferred payroll taxes from the latter part of 2020 (though whether he’ll have the authority to do so is still up for debate). As such, the aforementioned tax break may very well end up serving as merely a temporary paycheck boost, all the while leaving workers on the hook for a higher tax bill come 2021.

In fact, one big problem with the president’s payroll tax break is that it ultimately does not take the place of a second stimulus check. In fact, here are three specific groups of people who won’t benefit from deferred payroll taxes, but who would otherwise stand to collect a direct stimulus payment. 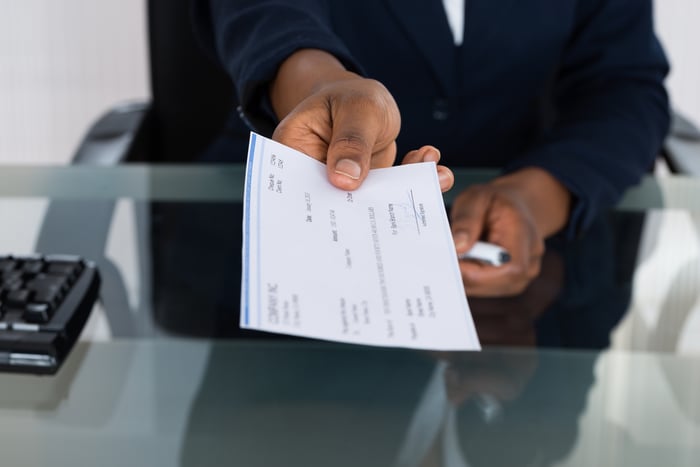 Millions of Americans are out of work right now, and as our current recession rages on, it’s clear that the jobless rate will likely remain high through the end of the year. But while unemployed individuals would normally be eligible for a stimulus check, they don’t benefit from deferred payroll taxes since they’re earning money to be taxed on. (To be clear, federal taxes do apply to unemployment benefits, but payroll taxes do not.)

President Trump’s payroll tax deferral applies to workers earning up to $104,000 per year only. But the income thresholds to receive a stimulus check may, in some cases, be higher. For example, a couple filing a joint tax return earning up to $150,000 could collect a stimulus check in full, even if one member of the couple has earnings in excess of $104,000.

Social Security benefits and retirement plan withdrawals can be taxable, but as is the case with unemployment benefits, payroll taxes don’t apply to them. As such, many seniors won’t manage to benefit from the president’s payroll tax deferral.

The purpose of deferring payroll taxes for the rest of the year is to boost paychecks so workers can pump more money into the economy. A second stimulus check, however, would’ve served the same purpose, and while there’s no need to write off the idea of one just yet, it’s clear that if another direct payment is approved, it will be weeks before Americans see any of that money land in their bank accounts. Therefore, right now, a temporary payroll tax break may be the best relief available, and while it may not be as effective at helping the economy as the president would like, at least it’s something.