The young Archduchess of Austria has married Prince Henri of Bourbon-Parma in a glamorous ceremony at a fairytale castle in the country.

Gabriella Maria Pilar Yolande Joséphine-Charlotte, 26, whose full title is Archduchess of Austria,  tied the knot with Prince Henri, 28, at the Tratzberg castle in Jenbach, Austria on Saturday.

The bride  wore an elegant white lace bridal gown and veil for the occasion, adding a touch of glamour with the Grand Duchess Adelaide Tiara, which is a Luxembourg family heirloom.

The couple wed in front of friends and family at the fairytale castle, including their daughter Victoria Antonia Marie-Astrid Lydia, two, who was dressed in traditional clothing for the event. 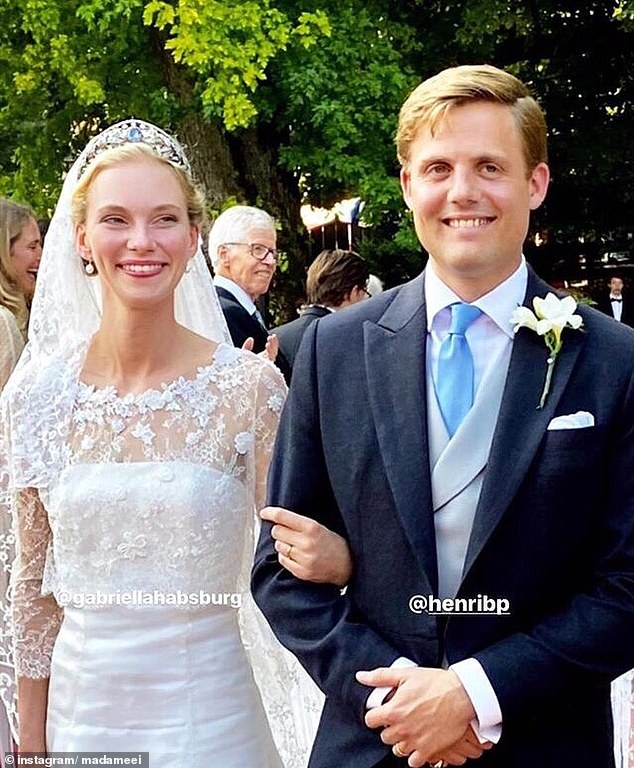 Gabriella Maria Pilar Yolande Joséphine-Charlotte, 26, whose full title is Archduchess of Austria, tied the knot with Prince Henri, 28, on Saturday at the Schloss Tratzberg in Jenbach

Gabriella swept her blonde locks into an elegant updo, showing off her glamorous white drop earrings.

She wore the stunning tiara for the ceremony at the castle in Austria, which was an exquisite piece from the Luxembourg family collection.

The piece features a diamond leaf and berry design and a pale aquamarine stone, which Prince Henri paired perfectly with his pale blue tie. 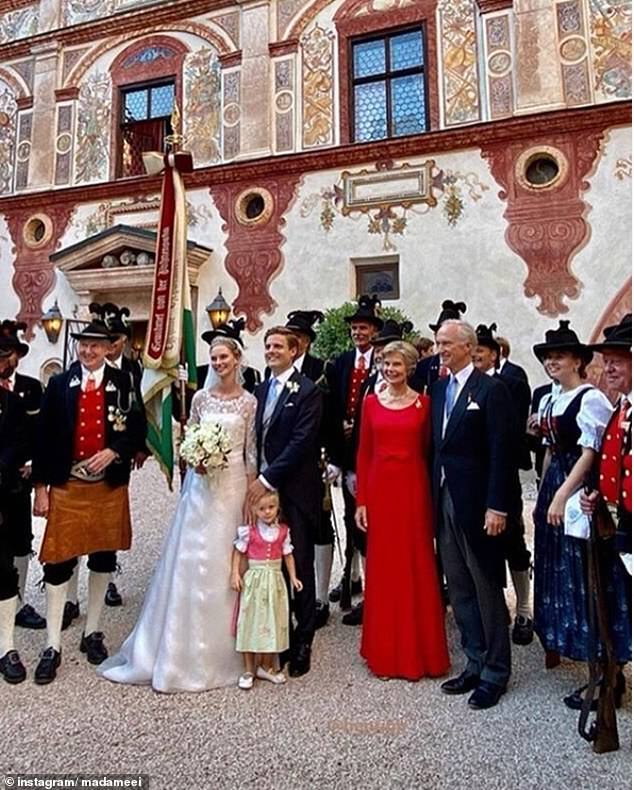 The couple married in a glamorous ceremony at a fairytale castle surrounded by friends and family, including their young daughter Victoria, who wore a traditional outfit

The couple were believed to have celebrated in front of 50 guests, including Prince Guillaume and Princess Stephanie of Luxembourg who joined the celebration with their newborn son Prince Charles.

The event took place in the gothic castle of Tratzberg, which dates back to the 13th century and, after falling into ruin, was was rebuilt by the Fugger family of merchants in the 16th century.

Photographs from the event show that the ceremony apparently took  place outside, with guests standing at a distance from one another during the vows. 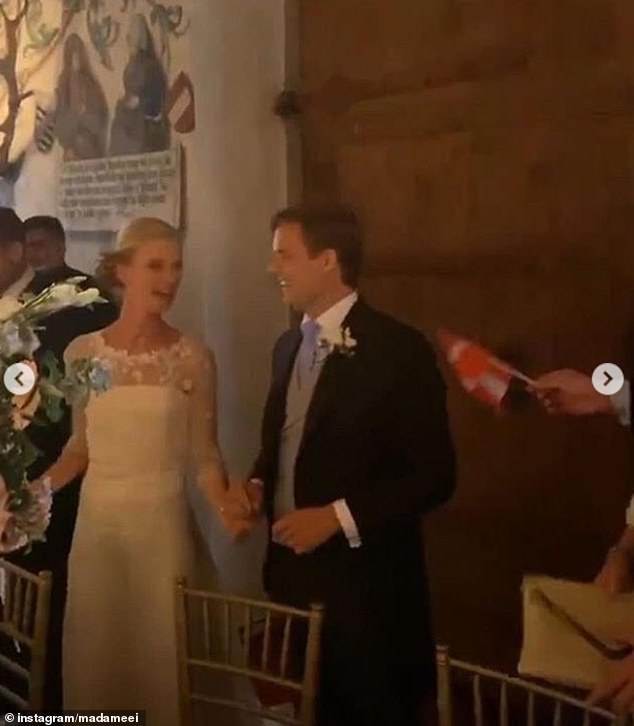 Snaps were shared as the couple celebrated their ceremony Inside the venue, which had been decorated with light blue and white flowers,

Meanwhile the couple went on to celebrate inside the castle as they marked their big day.

Prince Henri and Gabriella are distantly related, and are both great-grandchildren of Grand Duchess Charlotte of Luxembourg and her husband Prince Félix (né Bourbon-Parma).

The aristocratic couple maintained a long-distance relationship since Prince Henri was studying for a master’s degree in law at the University of Copenhagen, while Gabriella still lived with her family in Switzerland.

They announced their engagement after Prince Henry popped the question in October 22, 2017 days before she gave birth to their daughter, Victoria. 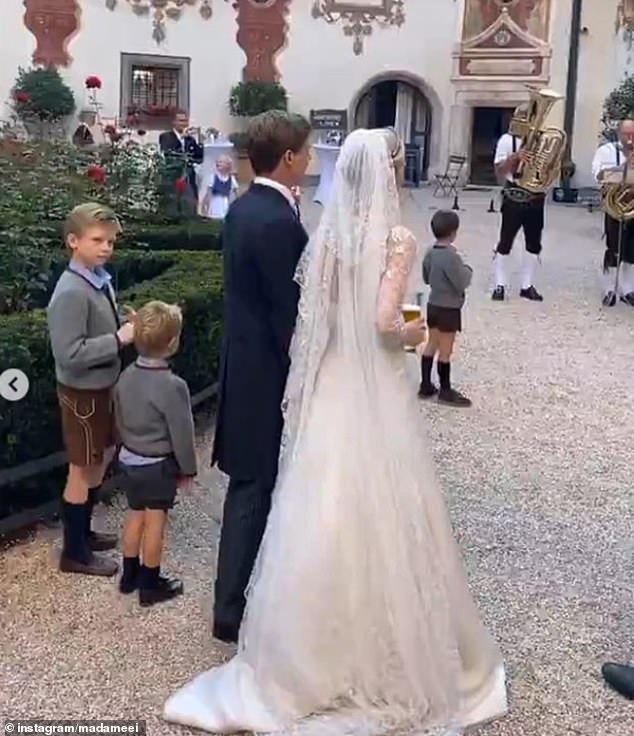 Gabriella, who was born in Geneva, is the youngest of five and the second daughter of Archduke Carl and Princess Marie-Astrid.

Meanwhile Prince Henri was born in Denmark and is the youngest child and second son of Prince Erik of Bourbon-Parma and Countess Lydia Holstein-Ledreborg, who divorced in 1999.