A royal fan who sent a birthday card to Crown Princess Mary of Denmark has been left baffled by a reply, saying that the future queen does not share autographs or photos.

Posting on Instagram, royal enthusiast Katherine from Germany, who has run an  Instagram account documenting her correspondence with royal since June 2019, shared a picture of a ‘strange’ reply she received from the Danish household.

The response read: ‘Her Royal Highness does not comply with requests for autographs or photos on grounds of principle.’

Katherine wrote on her account katsroyalletters: ‘Strange reply from the Danish royal family. Didn’t ask for an autograph or a picture.’ 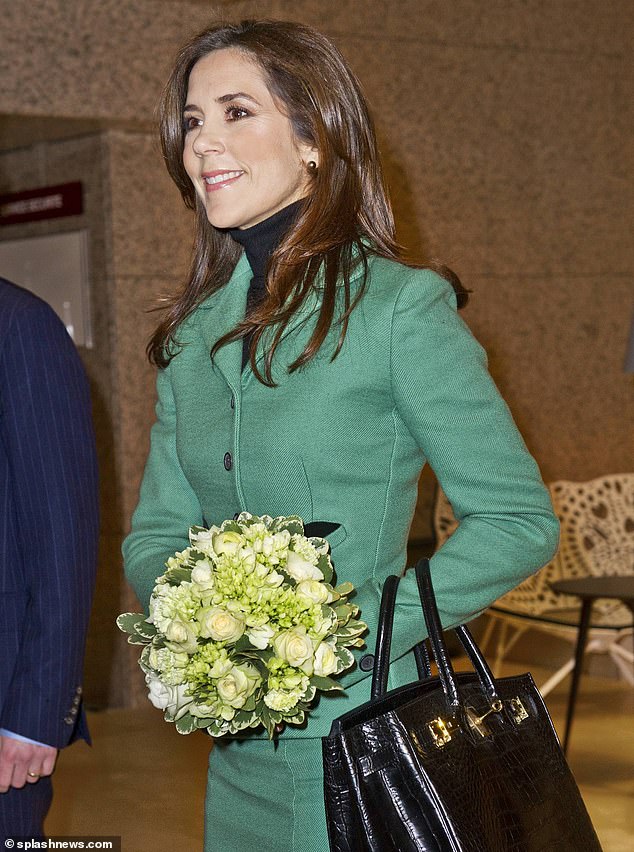 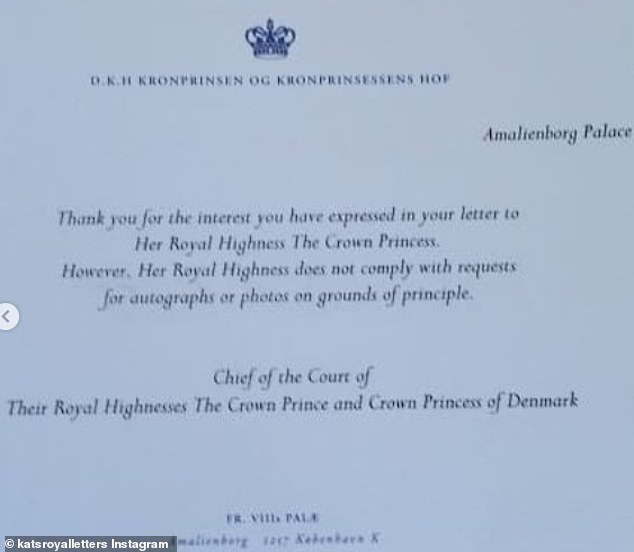 After she was sent a birthday card by the German royal blogger Katherine, it was revealed that the Crown Princess Mary of Denmark does not share autographs or photos with fans 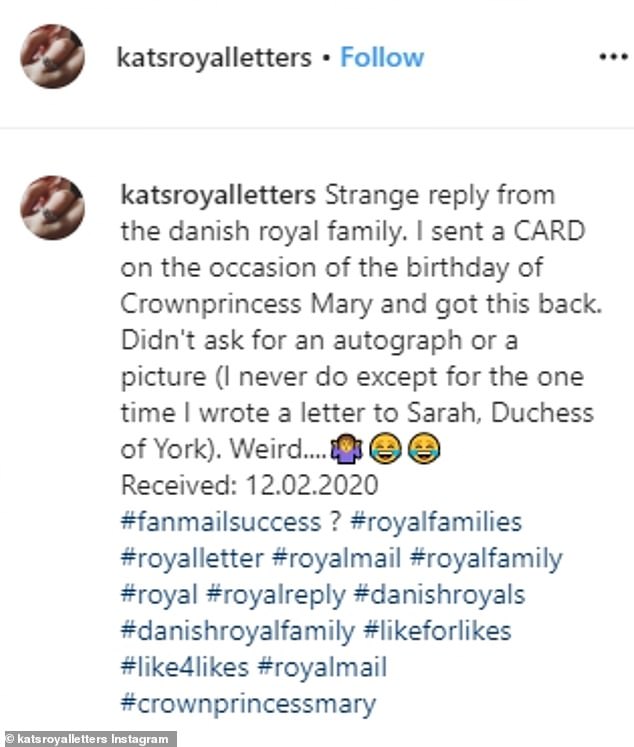 Katherine had written to Crown Princess Mary of Denmark to wish her well on her 48th birthday, which fell on 5 February.

‘I sent a card on the occasion of the birthday of Crown Princess Mary and got this back,’ she explained.

‘Didn’t ask for an autograph or a picture (I never do except for the one time I wrote a letter to Sarah, Duchess of York). Weird….’

The letter, which was sent from the Amalienborg palace in Copenhagen, Denmark, read: ‘Thank you for the interest your letter to Her Royal Highness The Crown Princess. 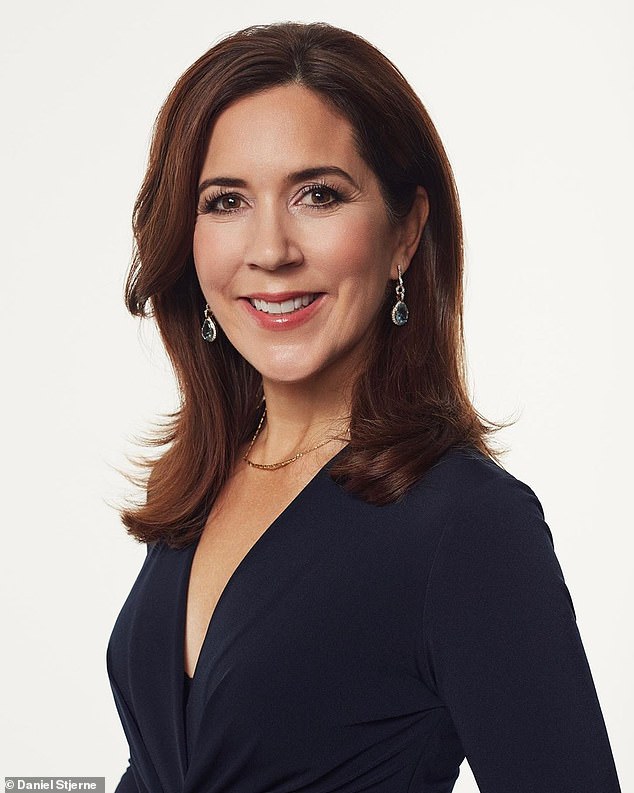 ‘However, Her Royal Highness does not comply with requests for autographs or photos on grounds of principle.’

Denmark’s royal household marked the mother-of-four’s birthday by releasing a new portrait of her in a navy blue wrap dress by Issa London, very similar to the one worn by Kate Middleton for her engagement photos.

The stunning image was later shared on the palace’s Instagram page with the caption: ‘Her Royal Majesty the Crown Princess has a birthday and turns today 48 years old’. 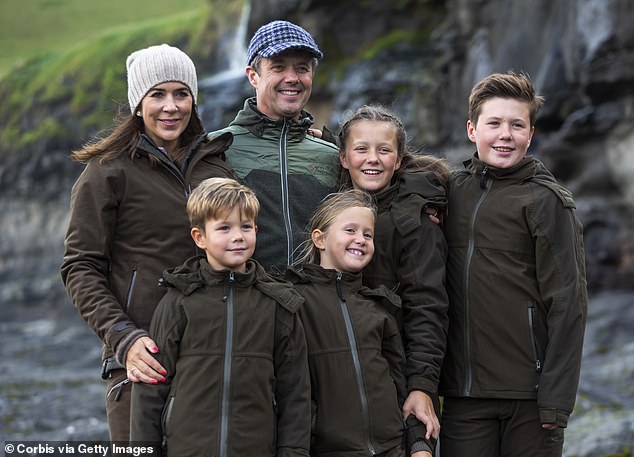 Later during the day the royal, who is mother to Prince Christian, 14, Princess Isabella, 12, Prince Vincent, nine, and Princess Josephine, also nine, was seen on the piste in Verbier with husband Crown Prince Frederik and friends.

Prince Frederick first met Mary, who was born in Tasmania, in a Sydney bar before she decided to move to the northern hemisphere to be with the Danish royal.

In December, in a candid interview with Australian Women’s Weekly, the Crown Princess revealed that moving to the other side of the world was difficult.

She said: ‘I did experience a feeling of loneliness – short-term – when I first moved to Denmark,’ she told the magazine.

‘Moving to Denmark was a huge change in my life – a new culture, new language, new friends, and another way of life.’

‘So, I see it as quite natural that at times I felt quite alone or a little bit like I was on the outside looking in.’