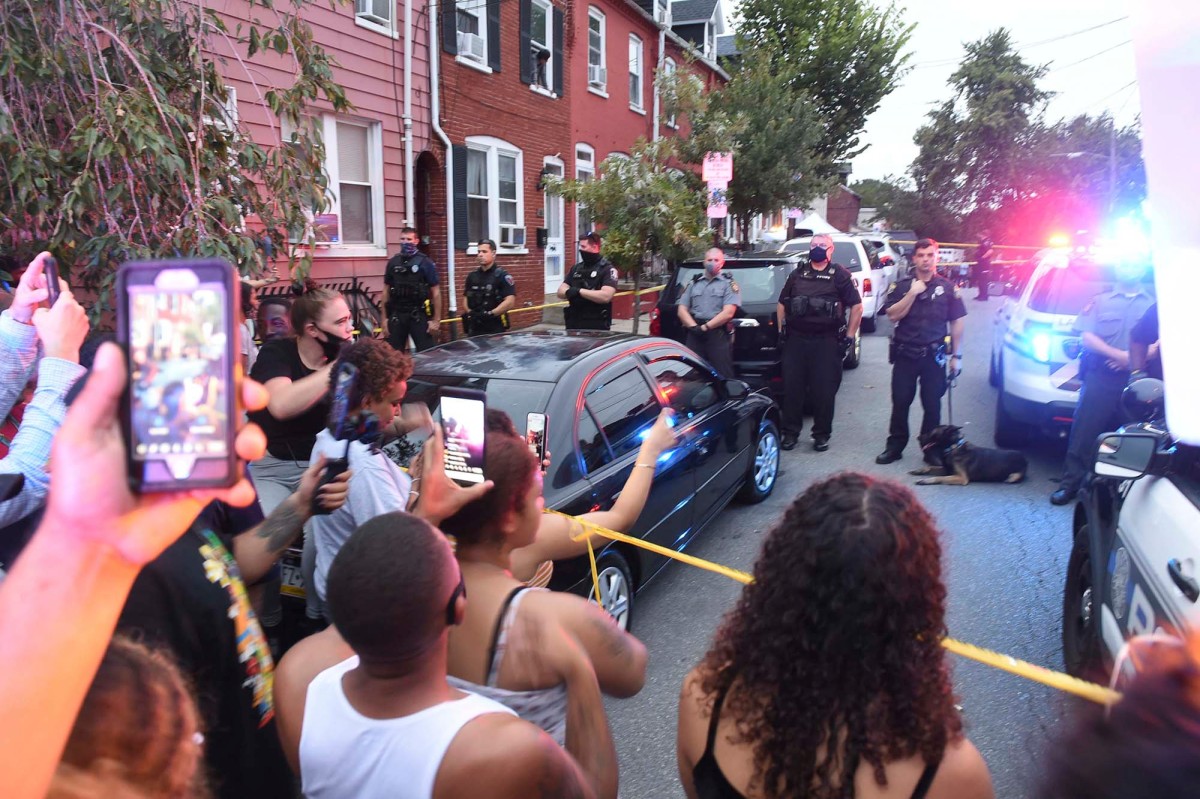 If the nation’s police officers walked off the job today, it would be hard to blame them. Sunday’s anti-cop riots in Lancaster, Penn., have made the current de facto rules of engagement clear: Officers may never defend themselves against lethal force if their attacker is a minority. They should simply accept being shot or stabbed as penance for their alleged racism.

In Lancaster, an officer responded to a domestic violence call at a residence where a man had stabbed four people last year. As the officer approached the house, a female escaped out the front door. A man — the suspect from the previous slashings — then emerged and ran at the officer, brandishing a knife over his head. The officer shot him, as the officer was by all appearances legally authorized to do, to stop the threat of deadly force. Twenty-seven-year-old Ricardo Munoz died from the officer’s gunfire.

The response from the “community,” after this summer of lethal cop hatred, was predictable. Rioters pelted Lancaster cops with bricks, glass bottles, and sharp projectiles ripped from road barricades. They smashed the windows of police cruisers, the downtown police precinct, the post office, cafés, and stores. They torched a dumpster dragged from another part of the city. They pulled street signs and bike racks out of sidewalks to use against the police.

Such anarchy, with its photogenic arson, is just the latest chapter in the violence that is now routinely directed at officers during ordinary law enforcement activities, as well as during riots.

On August 26, a driver in The Bronx attacked two officers who had asked him to move his car from a fire hydrant, the Post reported. In June, a Baltimore cop was shot in the stomach while trying to break up an illegal house party. In Chicago, officers seeking to arrest drive-by shooters are assaulted and cursed at. And now, in Compton, Calif., two sheriff’s deputies are hanging on to life after having been shot in the face while sitting in their parked patrol car.

This murderous chaos is hardly surprising. Virtually the entirety of the Democratic political class stayed silent this summer as cops became punching bags for criminals and anarchists. Instead, Democratic officials and their media mouthpieces droned on about the lethal threat to blacks allegedly posed by police officers — a narrative utterly belied by the facts about police shootings and black crime. Mayors and district attorneys vowed to ignore misdemeanor arrests so as to avoid prosecuting black criminals.

Until our political class repudiates that false narrative about police racism, we cannot expect officers to continue business as usual. They are already pulling back from proactive policing — understandably, having been told endlessly that such policing is racist. Homicides and shootings are spiraling out of control nationally. Every attack on a police officer is an attack on civilization itself. We are in the process of losing any possibility of civil peace.

Heather Mac Donald is a fellow at the Manhattan Institute and author of “The War on Cops.”