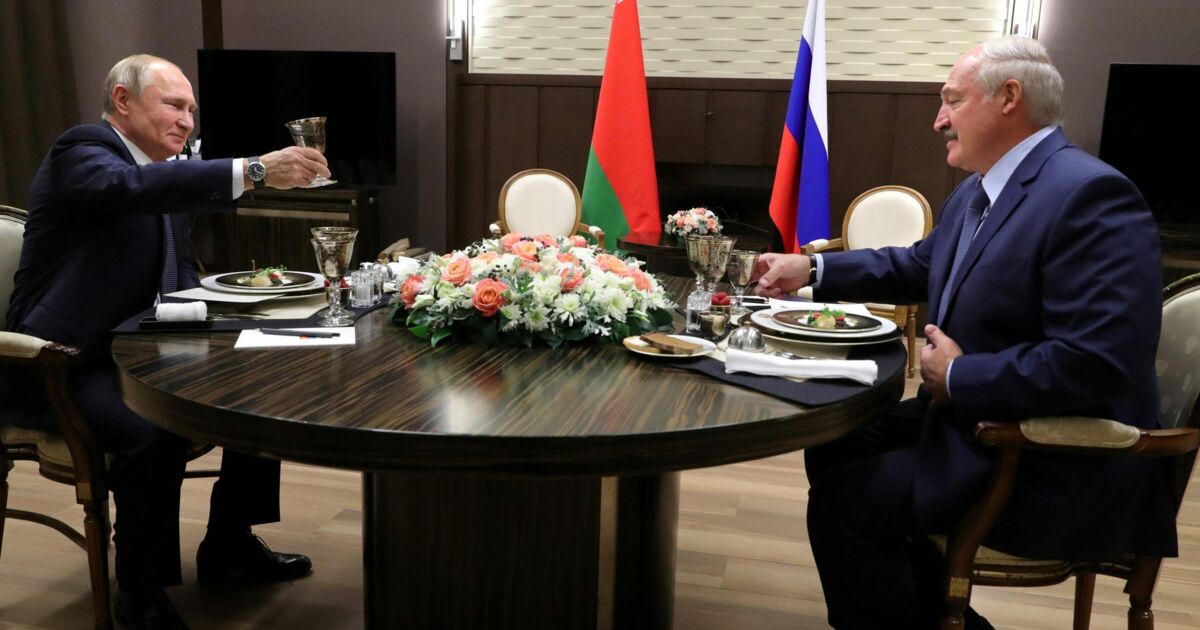 “This is the first stage of propping up your dictator ally: Solidify control over state media. Then bolster intelligence gathering on who opposes you,” a NATO source said.

After weeks of speculation and ambiguity, Russian President Vladimir Putin appears to be trying to solidify the regime of Belarusian President Alexander Lukashenko, a source tells Insider. The key signal? Putin sent Russian resources from RT to “solidify control over state media” in Belarus, a source told Insider.

The arrests came less than a month after an election widely seen as fraudulent. While the official result returned Lukashenko to power with a huge majority, no one believes the result is real. The public has been protesting on the streets of Minsk for weeks, prompting speculation that Lukashenko might be forced out of power by his own citizens.

After a wave of arrests of protesters and threats to activists, Kolesnikova was detained at the border between Belarus and Ukraine late Monday night. Two of her aides made it to Ukraine. But Kolesnikova’s status is currently unknown. It is widely suspected she was arrested.

The disappearance of the last remaining opposition figure comes just two days after more than 100,000 people demonstrated peacefully against Lukashenko.

Now, European intelligence services say Lukashenko is clearly under Putin’s protection. That’s important because, for weeks, Putin seemed to be publicly ambivalent about the fate of his neighboring strongman.

“Putin has decided to fully back Lukashenko to prevent him from falling to this popular uprising,” said a NATO military official from a Baltic country, who cannot be identified speaking to the media. “What his end goal with this is remains unclear. But for now we have seen the signs that he is pushing soft power support to Lukashenko. The question is, do we see a hard power effort or ‘Little Green Men,’ if the soft power fails.”

“Little Green Men” is military shorthand for the irregular, somewhat anonymous military operations conducted by unmarked Russian forces in 2014 in Crimea, and 2008 in Georgia.

He thanked Simonyan specifically for sending technicians and staff to help keep Belarus’s national broadcasters on-air. There had been widespread resignations from Belarusian media staffers demanding the release of detained colleagues.

“We have also seen several planes closely associated with the FSB flying in people and equipment for intelligence and surveillance operations targeting the opposition leadership,” said the Baltic official.

“This is the first stage of propping up your dictator ally: Solidify control over state media. Then bolster intelligence gathering on who opposes you. Putin knows you can’t arrest 100,000 people for demonstrating but he’s convinced if you arrest the right 500 people, the other 100,000 won’t show up.”