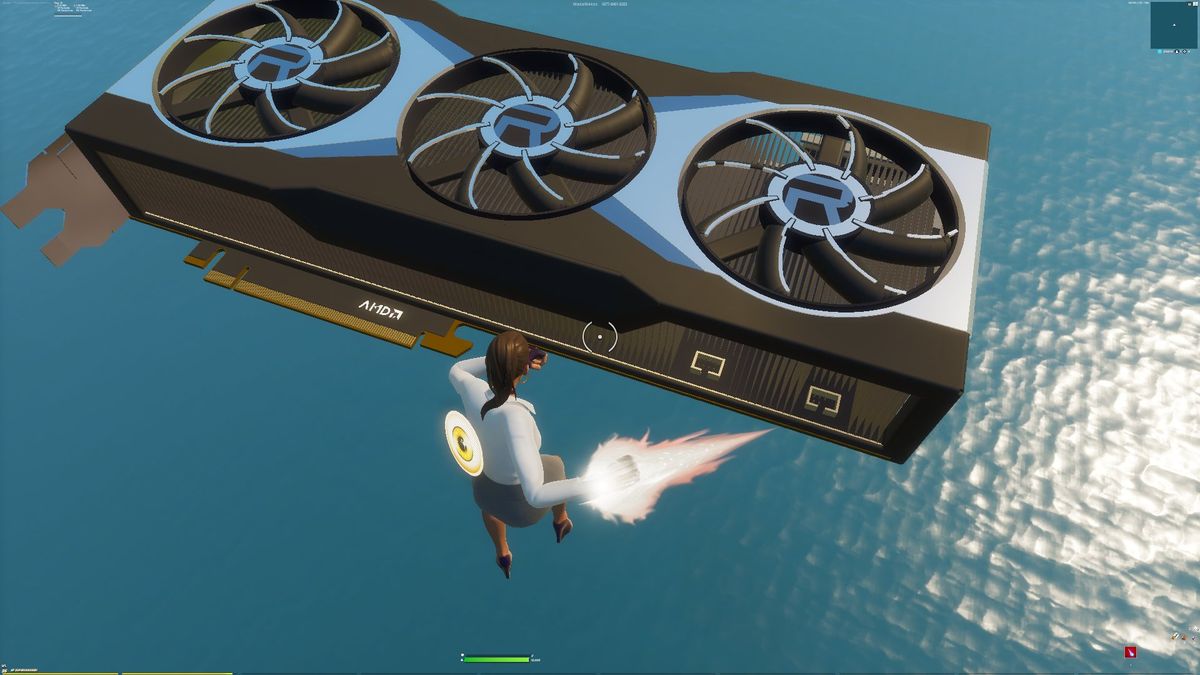 Radeon has revealed the design of its new RX 6000 series in an unconventional, but also very 2020 way: by suspending it into the sky in Fortnite. A traditional promotional image was also shared to Twitter, but you can “study every angle yourself” simply by logging into Fortnite and heading to Radeon’s custom island in Creative Mode. Here’s the code for AMD’s map: 8651-9841-1639.

I took a couple screenshots for anyone interested. The code in the post brought me to a matchmaking hub that had 5877-8461-8283 on the wall pic.twitter.com/pdysKfK7rcSeptember 14, 2020

AMD’s latest series of graphics cards is on the way, but we don’t know exactly when yet. The company recently confirmed that we’re learning more about the new cards – preferably along with a concrete release date – on October 28. This follows the big reveal of the 3000 series from AMD’s biggest competitor: Nvidia.

The “Big Navi” is AMD’s answer to the monstrous GeForce RTX 3080, which starts at $699 and releases this Thursday, September 17. According to Moore’s Law is Dead, a YouTube channel covering technology and PC hardware, the Big Navi will come within “spitting distance” of the 3080 in terms of rasterization performance, and will far exceed the RTX 3070, naturally.

We don’t have any official pricing information from AMD to compare to Nvidia’s competing graphics card, but that’s another detail we’re expecting to learn at the big launch event in October. If it’s notably cheaper, it could make for an attractive alternative to the 3080 for those who want top-of-the-line performance but don’t necessarily need the number one most powerful GPU the market has to offer.

If you want to know more, here’s a comprehensive guide to AMD Navi and why you should care about the new graphics hardware.