Ashely Darby of The Real Housewives Of Potomac fame revealed Tuesday that she was expecting her second child with her husband Michael Darby.

The 32-year-old reality star shared the happy news on Instagram with a video of her 14-month-old son Dean giving revealing that he would have a new sibling soon.

The news of their growing family comes following years of scandal involving Michael, 59, and recent claims that he may be carrying on a relationship with a secret boyfriend. 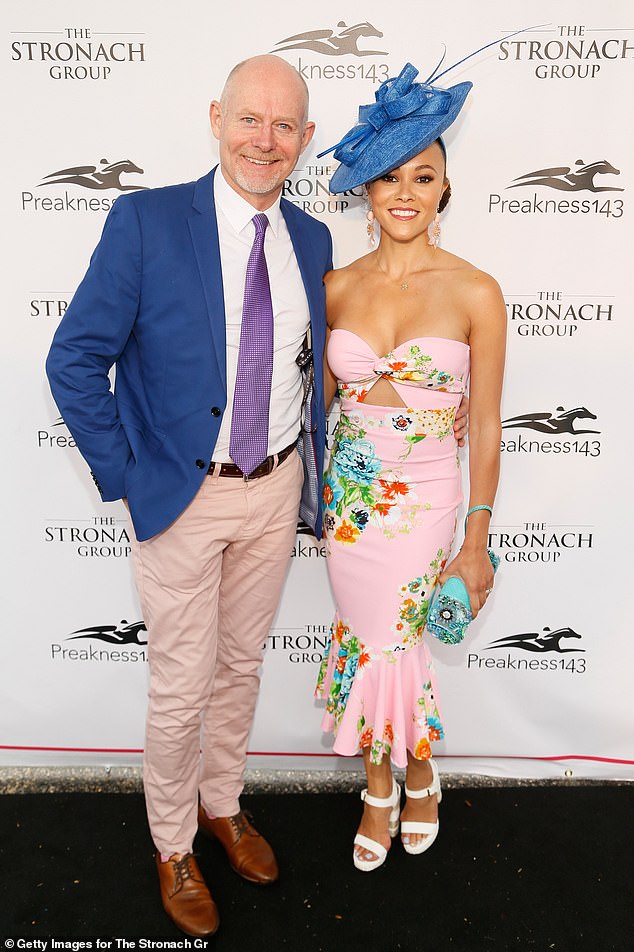 Congrats! Ashley Darby, 32, revealed Tuesday on Instagram that she and her husband Michael Darby, 59, were expecting their second child; pictured together in 2018 in Baltimore

The clip then zoomed in on a still photo of little Dean looking as if he was caught off guard while sporting a white graphic T-shirt with ‘I’m Gonna Be A BIG Brother’ written across the chest.

In her caption, Ashley wrote, ‘There’s no hiding this big belly anymore! We are elated to share our news with you! To say we are thankful is an absolute understatement.’ 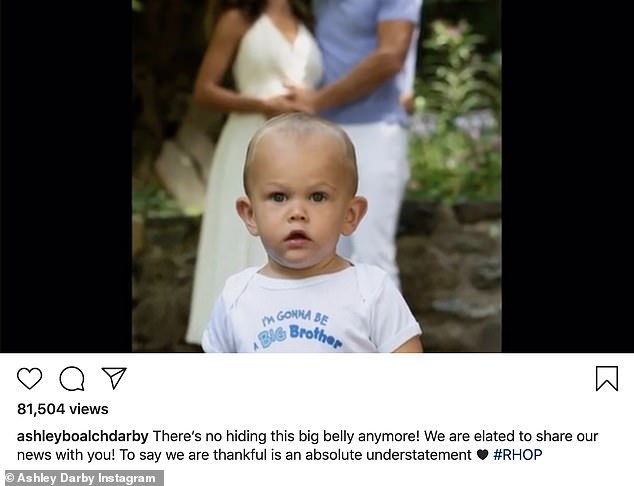 Cute: Ashley shared a clip featuring a still photo of their 14-month-old son Dean with a shirt reading, ‘I’m Gonna Be A BIG Brother’ 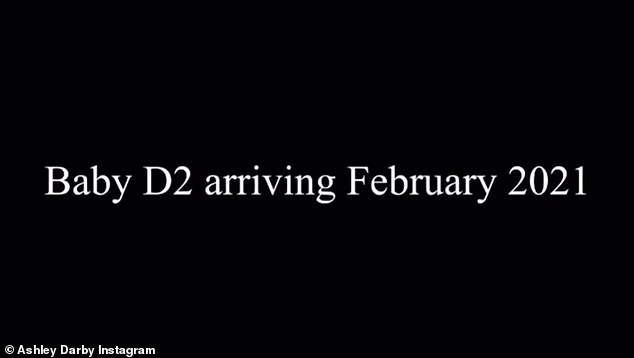 Coming soon: Black text announced the baby was due February next year. ‘There’s no hiding this big belly anymore! We are elated to share our news with you!’ she captioned it

In her Instagram Stories, the TV fixture also included a video of Dean adorably babbling about his new brother while sitting in a chair near a window.

‘Dean! Are you excited to be a big brother?’ she asked, before he made an approving noise and beamed widely.

‘You’re gonna be the best big brother ever,’ Ashley continued.

She and her husband Michael welcomed the to on July 7 of last year. 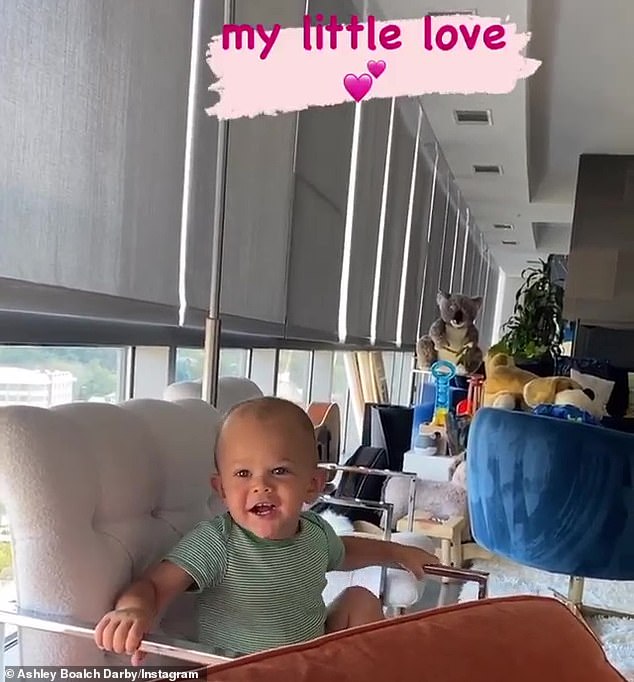 Sweet: In her Instagram Stories, the TV fixture also included a video of Dean adorably babbling about his new brother while sitting in a chair near a window 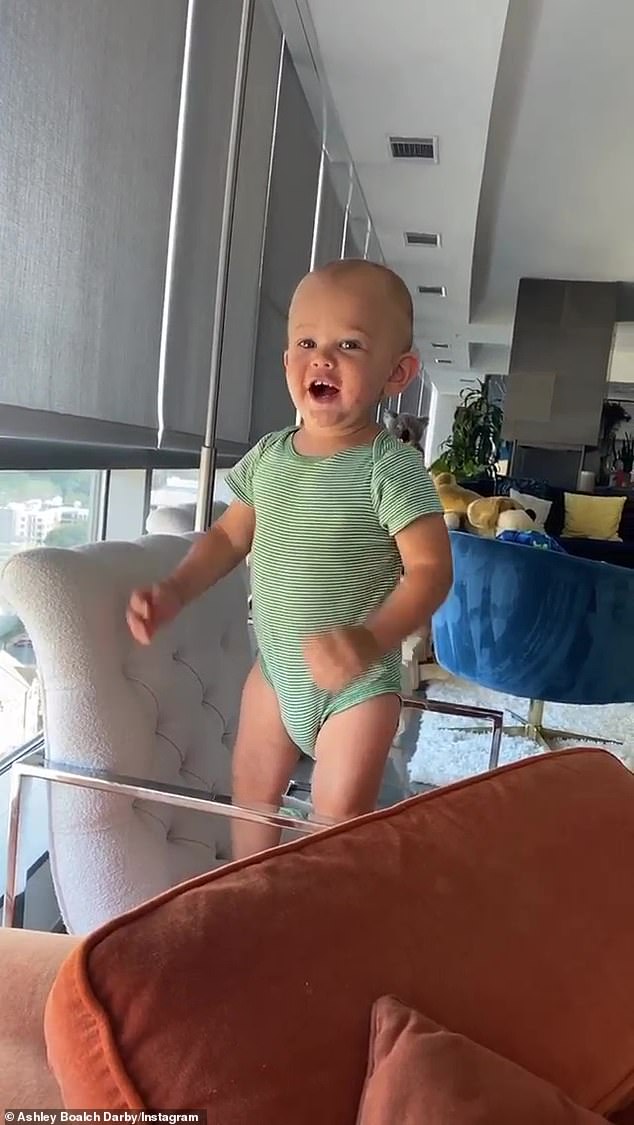 He’s excited: ‘Dean! Are you excited to be a big brother?’ she asked, before he made an approving noise and beamed widely

In August, Ashley hinted to E! News that she was looking forward to having a second baby.

‘Oh my gosh, I’m yearning to have more children. I would say that if I could I would have a Darby dozen and have a whole football team of kids, just a slew of them running around,’ she said.

In the same interview, she also divulged that Michael ‘made it clear that he would be willing to have one more child.’

Shortly after she shared her pregnancy announcement, her RHOP costar Monique Samuels commented with, ‘Congratulations!!!!!’ 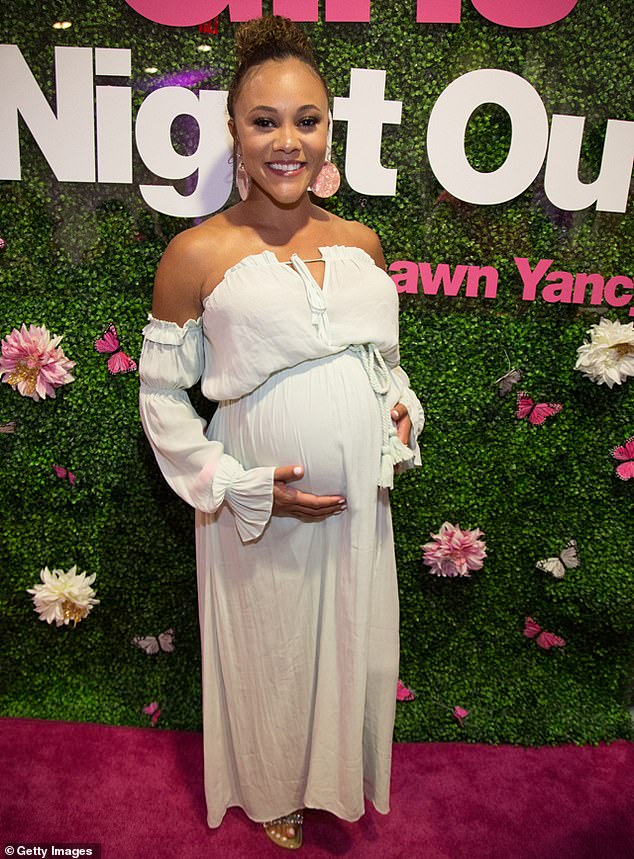 Infidelity rumors: The baby news followed allegations from her costar Candiace Dillard that Michael was seen in a strip club and claimed to have a boyfriend and a wife; shown in June 2019 while pregnant with Dean 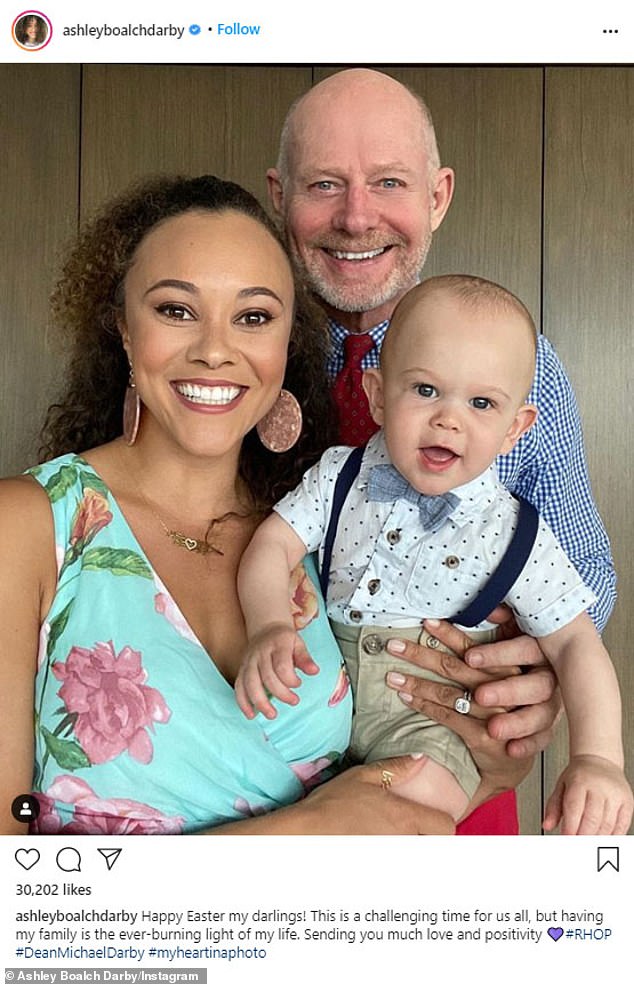 More to come: ‘I took it with a grain of salt… and then it unfolds and boy, does it unfold,’ Ashley said in an interview with Entertainment Tonight from Sunday

Most recently, Ashley’s costar Candiace Dillard claimed that a friend texted her that Michael was out at a strip club.

‘My girl is a bartender at the strip club and I came to see her. He was there with several strippers. He was talking about how he has a boyfriend and a wife. … He was asking who he could take to a hotel nearby,’ Candiace read off from her phone.

In an interview from Sunday with Entertainment Tonight, Ashley obliquely addressed the allegations.

‘Obviously, Candiace and I have had our share of differences in the past, so I wasn’t really keen on believing her from the beginning, because Candiace has said a lot of things that weren’t true,’ Ashley began.

Ashley went on to admit that Michael made a ‘pretty significant’ mistake, though she wouldn’t say just what yet, but viewers will see the confrontation on an upcoming episode. 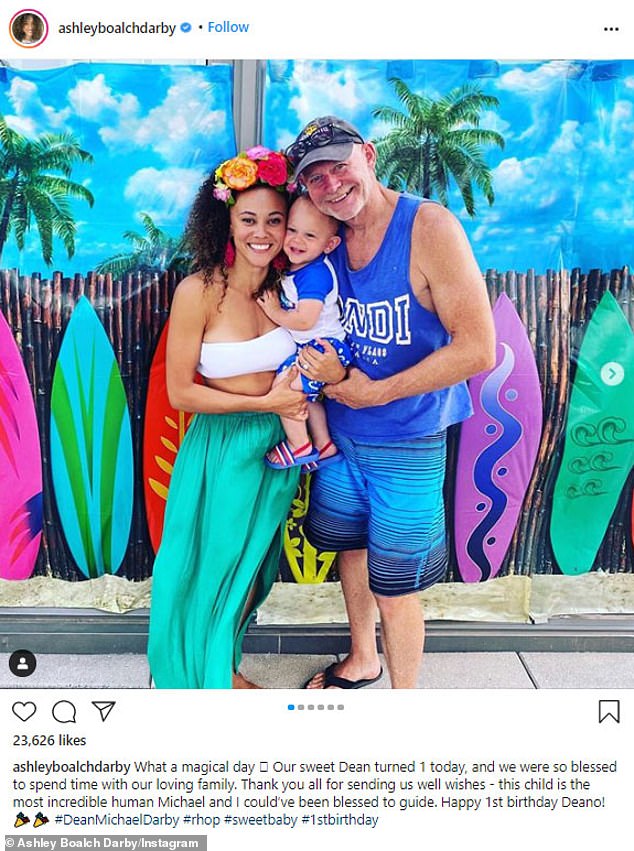 More misconduct: Previously, Michael was accused of groping a male cameraman on RHOP, though charges were dropped due to a lack of evidence

Previously, a cameraman on their reality series publicly claimed in 2018 that Michael had groped him during filming.

Charges of felony assault and misdemeanor improper sexual conduct were filed against him but later dropped due to a lack of evidence.

‘When I got the news, I just froze,’ Ashley said on RHOP while delving into the matter. ‘It was not real that something like this was happening to my husband and I. My heart was racing, I was getting light headed. Like, this just can’t be my reality.’

Last year, Michael was alleged to have made a sexual comment about one of Housewives’ husbands.

‘After the night died down, Michael walked past us and said, “Yeah, I would suck his d**k,”‘ Robyn Dixon told Ashley on the show. ‘You were there. You all were walking past us.’

Despite one of her fellow Housewives claiming Michael said it, Ashley adamantly denied he’d made the comment. 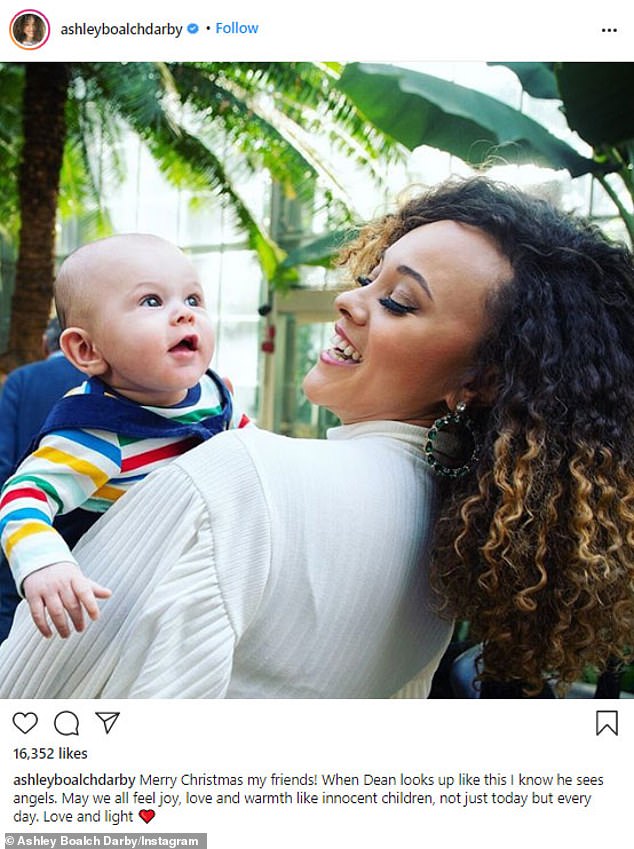 Inappropriate comment: Last year, he was alleged to have said he would like to fellate one of the Housewives’ husbands