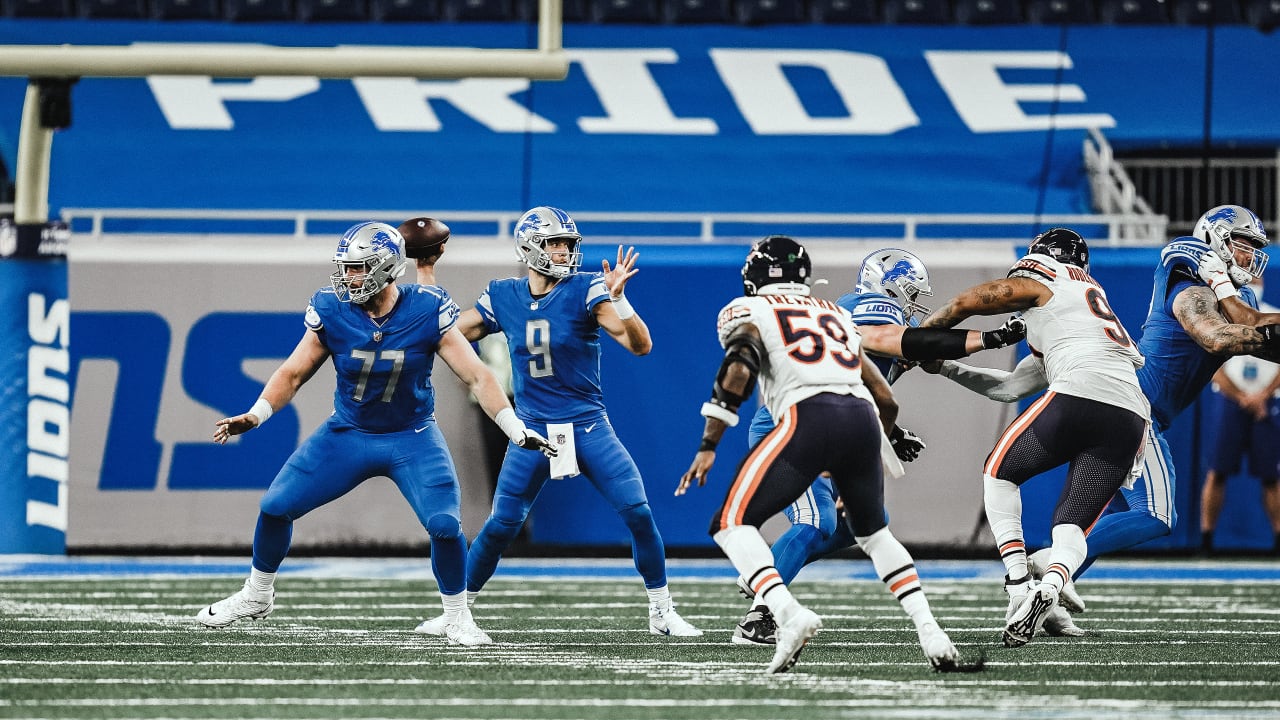 The Detroit Lions had the lead or were tied in the fourth quarter in 11 games last season and went 3-7-1 in those contests. The Lions came up with the phrase “Dagger Time” this offseason to try and rally around being better late in games this season.

But one game into the 2020 season, Detroit’s inability to close out games is back, as they gave up 21 unanswered fourth-quarter points and dropped a potential game-winning touchdown in the final seconds to fall to the Bears, 27-23. The Lions are now 0-1 to start the season.

“We have to coach better,” Lions head coach Matt Patricia said after the game. “We have to finish better.”

Miller’s was a 27-yard reception with just 41 seconds left in the game.

Lions quarterback Matthew Stafford was able to march Detroit down to the Bears’ 16-yard line with 11 seconds left, and threw a perfect strike to rookie running back D’Andre Swift in the front-left corner of the end zone, but Swift couldn’t hang on to the pass. Stafford threw incomplete in the end zone to wide receiver Marvin Jones Jr. to end the game.

There were a number of opportunities for Lions players in all three phases of the game to make a play in the fourth quarter, but they couldn’t get it done.

It was a gut-wrenching loss for the Lions, who have to find a way to come out on the winning end of more of these fourth-quarter games where they hold the lead.