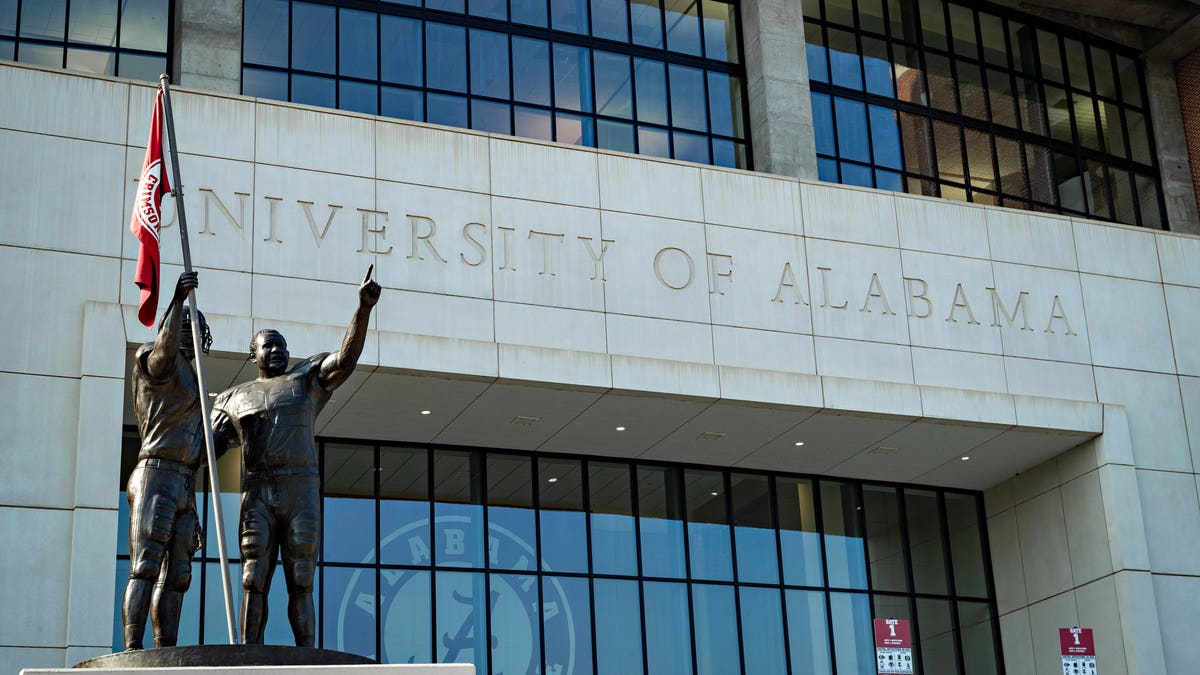 A number of institutions of higher learning are already dealing with dangerous and disruptive coronavirus outbreaks shortly after reopening for in-person classes.

According to the school’s president, at least 11 cases of Covid-19 have been traced to a University of New Hampshire fraternity party where people did not follow public health guidelines. “This is reckless behavior and the kind of behavior that undermines our planning and will lead to us switching to a fully remote mode,” UNH President James Dean said. “The August 29 party is reprehensible and will not be tolerated. As soon as we heard of this party at Theta Chi, we started an investigation with the Interfraternity Council.”

According to the New York Times, Brazos County, Tex., home to Texas A&M University, recorded 742 new coronavirus cases during the last week of August, the county’s worst week so far, as the university reported hundreds of new cases.

Since early July, Washington State University and the University of Idaho, which are about eight miles apart, have recorded more than 300 combined Covid-19 infections.

There were 64 positive test results across campus over an eight-day period at Gettysburg College, a private, liberal arts school. The college is now requiring students to “remain in their dorm room 24 hours a day for a week — only leaving to use the bathroom or pick up food — and has moved classes online after a rise in COVID-19 cases.”

The Lexington Health Department has reported 760 positive Covid-19 cases among students at the University of Kentucky. School officials say they are awaiting further data, including more testing of students and efforts to control the virus, before deciding how to proceed.

Arizona State University confirmed it now has 803 known cases of Covid-19 among its students and staff. All positive cases are in isolation, according to the school.

Ten University of Central Florida football players, including two projected starters, have declined to opt out of the 2020 season because of concerns around the coronavirus pandemic, coach Josh Heupel said Tuesday

On Monday, the University of Iowa reported 326 new Covid-19 infections over the previous three days. A total of 922 students have now reported testing positive for coronavirus.

The University of Alabama has recorded more than 500 new Covid-19 infections this week. As of Sunday morning, the total number of reported cases is now up to 1,368 cases among faculty, staff and students since Aug. 19, the first day of on-campus classes.

The total number of positive Covid-19 cases among Illinois State University students, since fall semester began Aug. 17, has increased to 512 as of Saturday. In addition, nine faculty and staff have self-reported testing positive to Human Resources.

A New York Times survey published Wednesday of more than 1,500 American colleges and universities (including every four-year public institution and every private college that competes in NCAA sports), revealed at least 26,000 coronavirus cases of and 64 deaths since the pandemic began.

As of Tuesday, six days after the start of classes, the University of Alabama‘s main campus in Tuscaloosa had recorded 531 total Covid-19 cases. University President Stuart R. Bell called on all students, faculty and staff to work together “at this critical moment.”

Nearly 160 University of Missouri students tested positive for the coronavirus, the school announced earlier this week. The 159 students are in isolation and none have required hospitalization.

USC has experienced “an alarming increase” in the number of COVID-19 cases in students among the campus community. The school announced Monday that over the previous seven days 43 cases had been identified and more than 100 students placed in a 14-day quarantine due to exposures.

On Sunday, Georgia Institute of Technology reported 51 new cases of the virus, bringing its total number of cases since March to 302. A fraternity at the school was placed under quarantine over the weekend after at least 17 more of its members tested positive for Covid-19.

After a spike in Covid-19 positivity rate among students, the University of Alabama announced a moratorium on in-person student events along with restrictions on fraternity and sorority houses. All events will be paused for 14 days.

The University of Kansas confirmed 89 positive Covid-19 cases of the coronavirus from their initial mandatory testing results, Chancellor Douglas Girod said on Thursday.

N.C. State announced Thursday that they will move undergraduate classes to online-only for the remainder of the fall semester after seeing a spike in coronavirus cases, as more than 500 students have been forced to quarantine themselves because of their exposure to the virus.

Drake University has sent home 14 students who disobeyed the school’s ban on parties. “If we are going to get through the fall semester, it will come down to our decisions and our actions,” said Dean of Students Jerry Parker. “I want to be crystal clear: we are serious and we will not hesitate to take the necessary actions to mitigate the potential spread of COVID-19.”

A total of 175 Iowa State University students have tested positive for Covid-19 during the move-in period. That accounts for a 2.2% positivity rate, according to the university.

A total of 38 individuals at Hope College have tested positive for the coronavirus, including several that have received a positive test since moving onto campus.

MSU announced Tuesday evening that, effective immediately, undergraduate students who had planned to live in residence halls this fall are being asked to stay home and continue their education remotely. The school’s president, Samuel Stanley Jr., said that the current status of the coronavirus pandemic, including recent outbreaks at other universities, caused the change in plans.

The University of Notre Dame:

Tuesday afternoon, Notre Dame announced it had canceled in-person classes for at least two weeks after reporting 80 newly confirmed coronavirus cases earlier in the day, up from 58 total cases the day before.

The University of North Carolina at Chapel Hill:

On Monday, the state university’s chancellor and provost called off in-person classes for undergraduates. Within a week of its reopening, UNC reported four coronavirus clusters on the Chapel Hill campus: three in student dormitories, and one in an off-campus fraternity house.

Through Thursday of last week, UK had reported 160 positive Covid-19 cases among students. The number was up to 189 as of Saturday. Yet, that total number is out of 17,285 tests, which translates to a positivity rate of 1.1%. The university currently plans to continue in-person learning, but with increased precautions. It has created nearly 35,000 signs encouraging social distancing and removed almost 10,000 chairs and furniture from classrooms to create added space. Some vending machines are selling hand sanitizer and masks.

The school has averaged about 30 new cases per week in August. It reported its first cluster in a dorm Monday evening. Dr. Ron Mitchelson, ECU’s interim chancellor, said ECU police and Greenville police were called to two dozen parties over the weekend.

Earlier this month, OSU conducted mandatory tests on all students before they could move into their residence halls, and 22 students tested positive. An entire sorority house is now under quarantine and isolation after school officials confirmed Saturday that 23 members of Pi Beta Phi tested positive for the coronavirus.

A total of 155 students have been quarantined in Loomis Hall after a student tested positive for Covid-19 over the weekend, officials said Monday. According to the school’s website, the college’s plan for the start of the fall semester allows only first-year students to attend classes in-person while others participate in distance learning. Sophomores, juniors and seniors will be permitted to return to campus in late September.

A week after classes resumed August 3, the school’s president, Dr. Ricky G. Ford, said “around 300” students, roughly 10% of the entire student population, were in quarantine due to potential exposure to the virus. In addition, “about 25 to 28” of the college’s approximately 300 employees were in quarantine, according to Ford.

WKU isn’t scheduled to open until August 24, but the University’s online dashboard, which was updated last Friday, is reporting a total of 206 positive COVID-19 cases within its broader campus community, including 175 students. In addition, 31 WKU faculty, staff or on-campus contractors have tested positive for Covid-19 since July 1, with five of those cases coming last week.

“The number of clusters is growing and soon could become out of control,” said Barbara Rimer, dean of the University of North Carolina at Chapel Hill. “It is time for an off-ramp. We have tried to make this work, but it is not working.”

How and when to safely reopen schools remains a hotly debated, and often partisan, issue in the U.S. As opposed to elementary and high schools, most students attending institutions of higher learning are adults with greater personal freedoms, but administrators still face responsibility (and liability) for their welfare. According to guidance from the Centers for Disease Control and Prevention, colleges should consider closing buildings and suspending in-person classes following Covid-19 outbreaks. Doing so comes at a great cost for universities: According to USA Today, experts have warned that “another semester of remote courses could have disastrous effects on student enrollment and college budgets.” Some returning college students have reportedly considered deferring enrollment until campuses fully reopen. Some schools are reportedly charging students up to $450 for “Covid-19 fees” intended to cover testing costs, as well as cleaning and other expenses that schools are incurring.

17%: According to a SimpsonScarborough survey taken last month, only 17% of returning college students expressed a desire to return to take all of their classes in-person.