A home cook has revealed how Aldi’s popular $3.50 garlic dip can be used to completely transform your potato bake.

The Mediterranean Delite budget buy has been selling out across Australia for the past two months, with men and women using it to make everything from pizza bases to salad dressings.

Shopper Jodie noticed the trend on social media and decided to join the hype by trying something new.

‘I decided to join the bandwagon and buy the Aldi garlic dip and use it in my potato bake for tonight – omg this is going to be amazing,’ Jodie said and posted two images to the Aldi Fans Australia Facebook group. 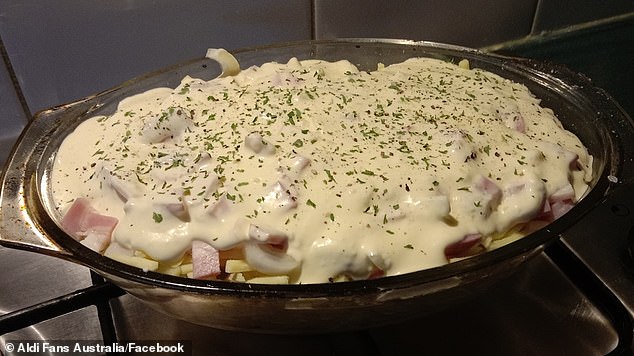 Jodie whisked one tablespoon of the garlic dip with half a cup of cream and cheese and poured the mixture over the potatoes before baking it in the oven.

She served the roasted potatoes with lamb chops cooked and green vegetables for the perfect tasty dinner.

Jodie was so pleased with the result she said her next attempt will be to make garlic prawns using the $3.50 dip.

The amateur home cook said the meal tasted delicious and encouraged others to make it themselves too. 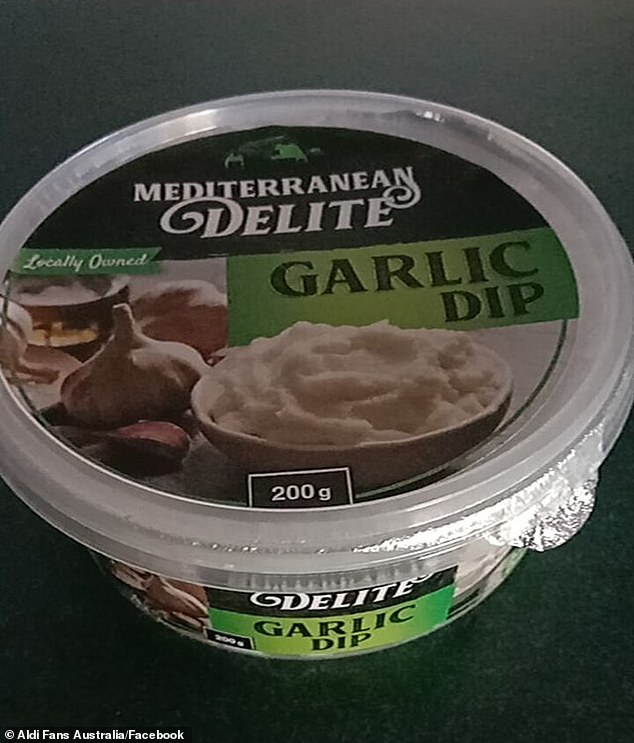 Many were left impressed as other social media users thanked Jodie for sharing the idea online.

‘Oh I might have to try that!’ one person said.

‘Bought this [dip] last week, will definitely make this asap,’ another said.

Another said the dip is great to use with chicken, barbecue meats, in wraps and on vegetables. 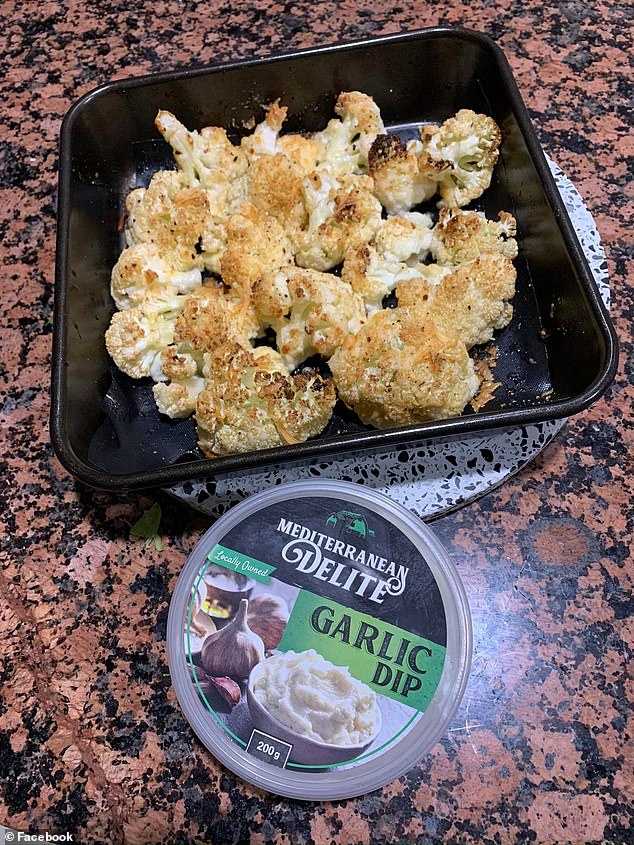 In August another woman used the same dip to add a burst of flavour to roasted vegetables.

Mum Suzanne said on Facebook she combined the dip with chopped raw cauliflower, sprinkled olive oil, salt, pepper, chilli spice and parmesan cheese before roasting the vegetable in the oven at 170 degrees Celsius for half an hour until tender.

‘Found another way to use the garlic dip! Was so good!’ she said.

The social media post received more than 900 ‘likes’ and others were impressed by the idea.